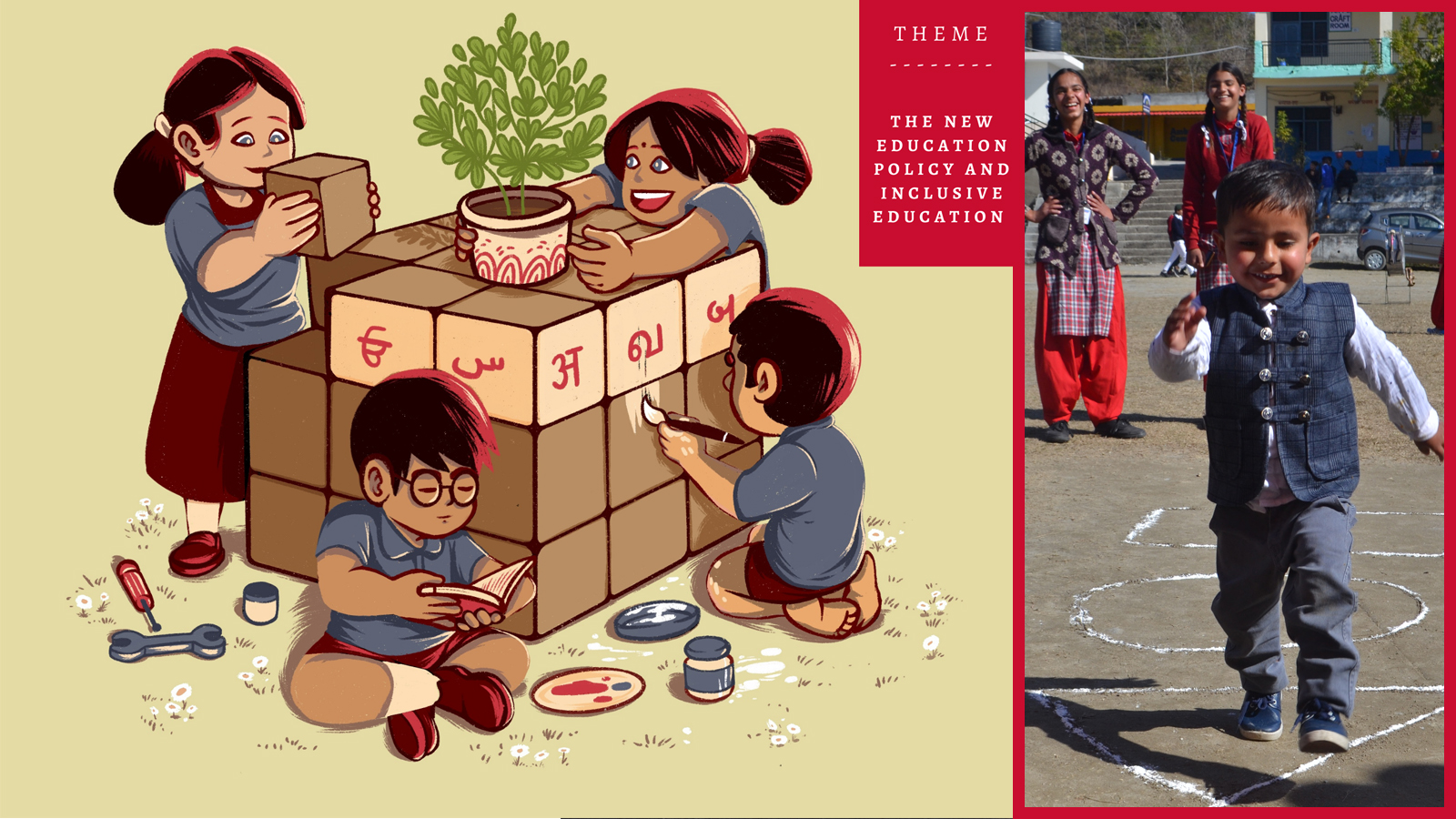 In Focus: Interpreting the NEP’s Language Provision for Greater Inclusion

Part three in a series on the National Education Policy

The National Education Policy (NEP) 2020 has made significant departures from its predecessor, NEP 1986 by adding that the medium of instruction (MoI) used in schools, whether private or public, will be the home language, mother tongue, local language or regional language, till at least Grade 5 and as far as possible. Several articles have surfaced since the publication of NEP that aver that English MoI should be made mandatory as it is the pathway to ‘modern advanced knowledge’ and that it is crucial for acquiring jobs. Though mother tongue as the MoI has not been made mandatory in the policy, this provision has sparked the age-old mother tongue vs. English debate. This article revisits arguments offered on both sides of the debate and looks at how states can utilise the language provisions of the NEP as they currently stand, in order to implement a possible middle ground.

To bolster the argument of favouring the wording of the MoI provision as it currently stands, let’s look at the following hypothetical. If the NEP states that English MoI is mandatory and exceptions for mother tongue, home language, local language or regional language will be made in particular circumstances, a norm-and-accommodation approach would operate. This would mean that this dominant language (English) would continue as the medium of education, and unless special circumstances arise, accommodations will not be made for other languages. On the other hand, when the NEP states that ‘as far as possible’ the MoI will be the mother tongue, home language, local language or regional language, it ensures a degree of equality between languages, where no hierarchy is created. It is a principled, inclusive approach which gives emphasis to the ‘othered’ languages.

Whether or not a hierarchy is created however, depends on how ‘as far as possible’ is interpreted in this provision. It is averred that ‘as far as possible’ here should mean that mother tongue, local, home or regional languages will be the MoI in cases where the state government provides sufficient infrastructure to impart such learning, predicated on parents/ guardians choosing that language as the MoI. This is in line with the Supreme Court’s  observations in State of Karnataka v. Associated Management. In this case, the Court held that Karnataka G.O. which mandated that MoI should be mother tongue or Kannada for classes 1 to 4, was violative of the right to freedom of choice of MoI. The Court grounded this right in the right to freedom of speech and expression under Article 19(1)(a) of the Constitution. It noted that the state cannot mandate a particular language as MoI on grounds that it is more beneficial to the child, without giving children or parents/guardians the option to pick the language of their choice.

Does mother tongue mean no English?

On the question of whether mother tongue as MoI is a “retrograde” approach, which might lead to declining economic prospects for India (as raised by those favouring English MoI), there is sufficient research to say that this is not necessarily the case. Research has shown that mother tongue education is more efficient for learning as it promotes interaction in the classroom between students and teachers and strays away from rote memorisation. The present article doesn’t argue for a hierarchy of mother tongue over English, or the other way around, but that the choice of MoI must be left to parents and/or children. It must be clarified that those who pick the mother tongue do not necessarily want to opt out of learning English, in all cases. As both English and mother tongue learning have their own advantages, providing bilingual or multilingual education (MLE) is a possible solution to state governments who want to provide both.

Where we might now agree that the NEP’s language provisions are welcome, much of the implementation has been left to the good will of states. Our concern might then be on how they might implement MLE.

Odisha is one of the few states which has more than thirteen years of experience of implementing a wide scale mother tongue-based MLE program. The government of Odisha, provides that the MoI will be the mother tongue of tribal children till the first 5 years of primary school, in a bid to strengthen language skills of students. In these years, a slow transition is made to other languages, wherein Odia is taught as a language subject from Class II and English from Class III. Tribal languages are continued as language subjects post- primary level. A study assessing this program noted that while there are some issues in program implementation, wherever MLE teachers were employed among assessed schools, the students shared a great rapport with teachers and consequently, learnt concepts relatively easily and enjoyed the learning process. It was also found that transition to other languages through primers having words in the mother tongue on one side and concurrent Odia words on the other side, made things lucid for the students. The Odisha government, as part of its MLE efforts has recently published twenty one trilingual dictionaries, with indigenous language translations into English and Odia.

The three-language formula currently enshrined under NEP 2020 can be used to strengthen MLE efforts by states, and states such as Odisha can offer a starting point for others to build on, in their language inclusivity efforts. Finally, for a truly holistic approach towards inclusivity, and where the Odisha approach falls short, we must be cognisant that the intersecting identities of gender, disability, class, caste, and religion render each individual’s learning process and outcomes different from others. In designing their language policies, it is key that states acknowledge the power of language in addressing these inequalities.

Views are personal. Read part one and part two of Vidhi’s three-part series on the National Education Policy, 2020.

Sahithi Uppalapati is an intern at Vidhi, working in the area of education.