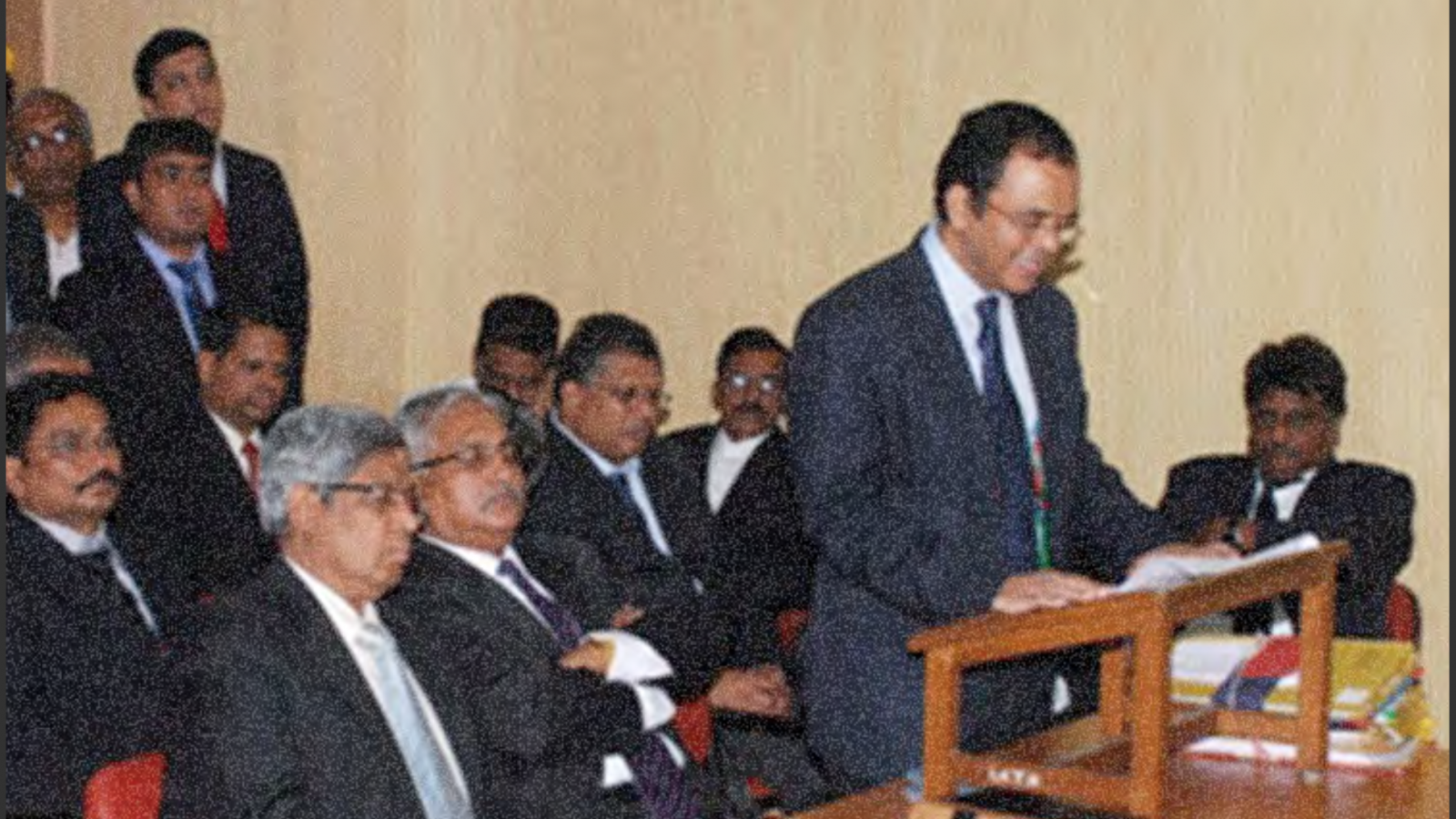 Advising the Government of India on abolishing defunct tribunals

During the COVID-19 pandemic, most tribunals in india stopped functioning. tribunals were created with two primary intentions in mind: providing faster justice by improving efficiency, and providing better justice by involving more experts in judicial decision-making. However, tribunals in India have largely failed to deliver on both promises. According to the Law Commission of India, the Armed Forces Tribunal had 10,222 cases pending and the Income Tax Appellate Tribunal, a whopping 90,538 cases. Far from appointing experts for quick disposal, data shows appointments were not made at all with 138 out of 352 sanctioned posts vacant.

Both vacancies and pendency multiplied during the pandemic entirely belying the rationale of access to justice for which tribunals were originally set up. A study conducted in September 2020 showed that when the lockdown was in place from March 2020 till May 2020, there was a 95 per cent decline in the average number of hearings scheduled per day across various benches of the National Company Law Tribunal, which is one of the most prominent and otherwise well-functioning tribunals in India.

A data-driven approach to tribunals

Since its inception, Vidhi has been an active player in advocating reform of tribunals. In 2014, a series of two reports titled ‘the State of the Nation’s Tribunals’ were released. Through an in-depth analysis of two tribunals (TDSAT & IPAB), the reports highlighted key data points – abysmally low rates of disposal, lack of uniformity in service conditions, etc.

Another interim report released by Vidhi in 2018 studied the reforms introduced in the United Kingdom to the tribunals system pursuant to the Leggatt Report. extrapolating the reforms to India, the interim report recommended the rationalisation of tribunals – 26 tribunals could be reduced to 12 based on their subject matter. These were acted on partially with the Finance Act, 2017 reducing the number of tribunals to 19.

In November 2020, in the aftermath of the Supreme Court judgment in the Madras Bar Association case where the abject performance of tribunals was
yet again called into question, a clear opportunity for legal intervention arose. Vidhi worked with the Department of Revenue, Ministry of Finance, Government of India, to prepare a draft bill with the twin objectives of rationalising the number of tribunals and making their functioning uniform. Owing to their poor performance in terms of judicial metrics (such as high pendency and lack of finality), the following tribunals were recommended for abolition:

In their place, jurisdiction was vested in the appropriate High Court (including its Commercial Division) where disposal is both quicker and more certain.

In addition to easing the burden on the exchequer, the abolition of these tribunals will free up more infrastructure and staff for the remaining ones.
The cases pending before the abolished bodies are being transferred to the very High Courts which the tribunals intended to replace, but failed to do so effectively.

As a result, litigants in remote corners of the country will now no longer have to travel to New Delhi or Chennai (in case of the intellectual property Appellate Board) but may file their case in their respective state High Court. Justice will be quicker, more accessible and conclusive. Particularly for matters relating to censorship in film, with the abolition of the Film Certification Appellate Tribunal, film creators can expect fairer and more independent determinations by the local High Court

As a result of these reforms the total number of tribunals in India stands at 15, another step towards rationalisation that Vidhi had suggested in its original research. For anyone who is familiar with how public administration functions, closure of defunct institutions is a fraught task as the default wisdom is always to perpetuate the status quo. To be able to reverse a non-working status quo on the basis of a data-driven approach and seven years of research and advocacy is a classic example of Vidhi’s theory of change – original research combined with sustained engagement for real-world impact.

It was being experienced that many tribunals were unable to ensure ease of access and deliver speedy justice. The problem became more pronounced during COVID pandemic, which led the government to contemplate reforms in this area. Vidhi’s data driven and in-depth research provided us useful insights for this task. Its analysis of Law Commission report and UK reforms and hours of brainstorming with Dr Arghya Sengupta and his team were of tremendous help in drafting our proposal and making the government take informed decisions on the reforms and finally bring out Tribunals Reforms (Rationalisation and Conditions of Service) Bill, 2021 in February 2021.