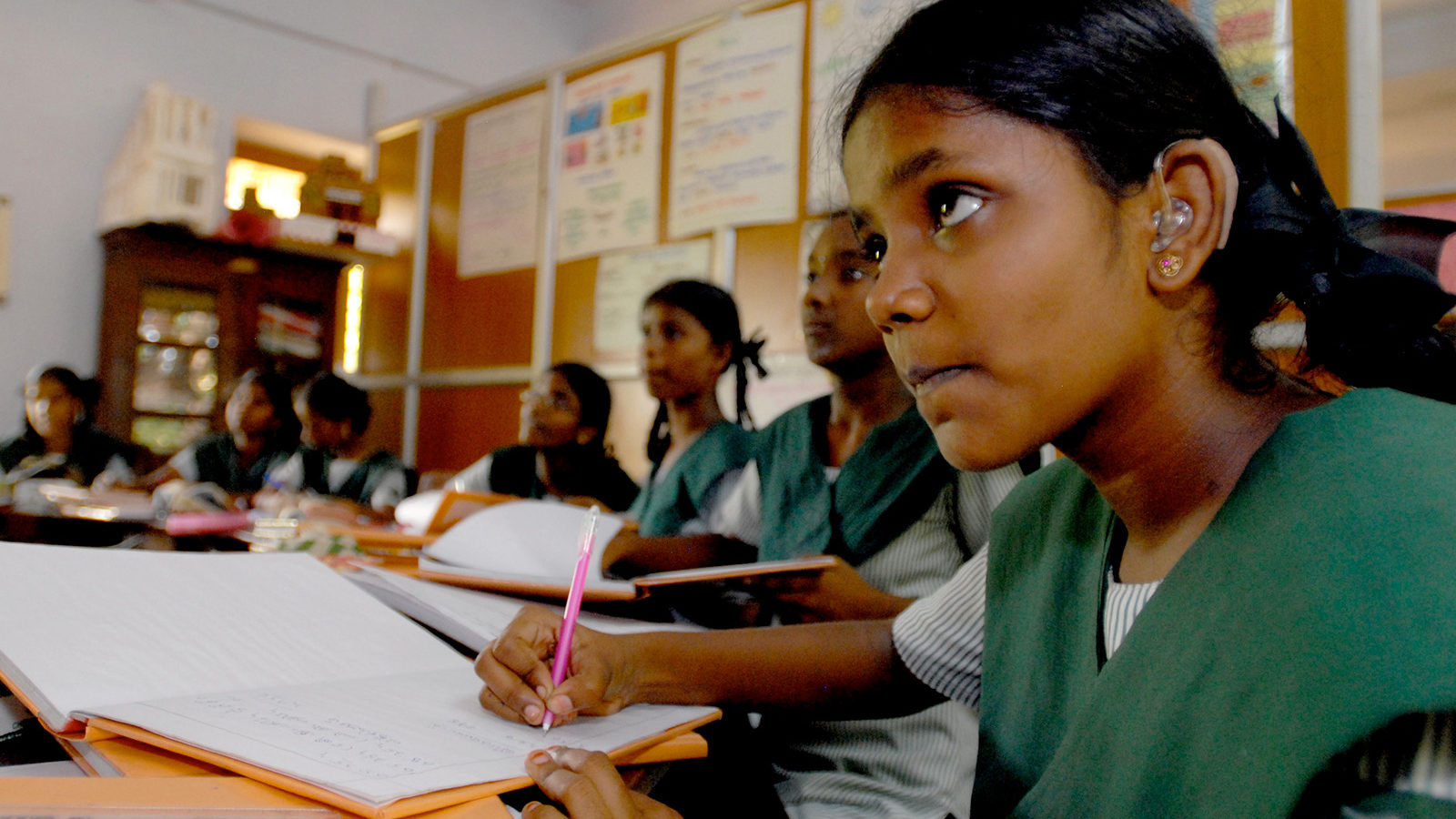 Towards an Inclusive Education Framework in India

Summary: Through legal analysis and field research in five states, this report recommends amendments to the RTE Act to update its definition of inclusive education and include special schools and educators.

It has been more than a decade since the Right to Free and Compulsory Education Act, 2009 (RTE Act) was enacted to enforce the fundamental right to education for children between six and fourteen years of age. Since then, India’s disability rights framework has also evolved to enforce obligations under the United Nations Convention on the Rights of Persons with Disabilities. With the passage of the Rights of Persons with Disabilities Act, 2016 (RPWD Act), inclusive education got statutory backing in India.

However, even as legal standards that guarantee the right to education for children with disabilities have evolved in India, several inconsistencies exist. As a result of the inconsistencies (explained below), there’s a lack of clarity in what ‘inclusion’ means in terms of quality education for children with disabilities, leading to challenges in on-ground implementation of the laws.

Vidhi’s report ‘Towards an Inclusive Education Framework: An analysis of the rights of children with disabilities and the RTE Act’ highlights the inconsistencies in the existing legal framework, and the gaps in its on-ground implementation. To find out how the laws have translated on the ground, Vidhi did a survey of five states – Haryana, Maharashtra, Madhya Pradesh, Assam, and Meghalaya – and collected information on the perspective of various stakeholders (parents, teachers, civil society organisations, and government officials) towards inclusive education.

Different laws around education for children with disabilities are not harmonised in terms of their approach to education. While the RPWD Act stresses on an inclusive education approach that emphasises changes in system-level practices and policies to meet student needs, the RTE Act  still alludes to the Persons with Disabilities (Equal Opportunities, Protection of Rights and Full Participation) Act, 1995 (PWD Act, 1995), which  draws on an approach of integration that emphasises that a student fit in the system rather than the system having to adapt. For instance,

“A system of education wherein students with and without disability learn together and the system of teaching and learning is suitably adapted to meet the learning needs of different types of students with disabilities.”

The Act also imposes an obligation on the government to take steps to ensure inclusive education.

• On the other hand, the PWD Act, 1995 stated that the government must endeavour to integrate children with disabilities into ‘mainstream schools’, while also allowing for the setting up of special schools for those requiring special education.

• However, in terms of education for children with disabilities, the RTE Act, 2009 neither defines inclusive education nor it has been updated with current disability rights framework.

Findings from the field

Across the five states surveyed, several parents whose children attended special schools said that they had initially sent their children to a neighbourhood government school. However, once they discovered the child’s disability, these schools often had the child moved to a special school.

Several teachers at government schools too said that they lacked facilities for children with disabilities which is why parents of these children opted for special schools.

• No standard methodology for identification of children with disabilities: Schools and local governments are required to actively identify children with disabilities for their entry into the education system and ensure that they are given required aid. However, the process of identification in different schools was found to be non-uniform and without a proper methodology. Special educators (resource persons)in charge of the process are trained in a singular disability type and judgments made by them for other disability types, particularly intellectual disability, thus become suspect. Several resource persons were not confident of their ability to make these judgments, “we’re not doctors,” we were told.

A special educator in rural Assam admitted that their identification process leaves some children behind. Several instances of misdiagnosis of disabilities in the disability certificates were pointed out by parents and teachers.

Faulty identification often leads to improper aid and support for the children.

• Overworked teachers and special educators: Teachers were found to be overworked performing too many tasks in addition to teaching, such as being a booth-level worker in the last election, ensuring data about students’ Aadhaar cards, bank accounts, and Samagra IDs were fed, responding to data requests from block and cluster officials, attending teachers’ training, maintaining student level trackers, student portfolios, organising health camps, books distribution, uniform distribution, conducting household surveys. In some schools, there was no peon coming in, so teachers pitched in for school maintenance and beautification as well.

Additionally, the working conditions of special educators were alarming across states for very similar reasons — disproportionate workload, low salaries and lack of job benefits, and lack of job prestige

• Inaccessible infrastructure and curriculum: Special educators, government officials, and teachers across regions found the existing curricula and assessments to be inaccessible for students with disabilities. Additionally, inaccessibility of government hospitals, offices, and schools was a common issue across states and stakeholders. Head teachers and special educators complained about the poor quality of ramps and lack of disabled friendly toilets.

Key issues with the RTE Act and suggested amendments:

Prianka was a Research Fellow at Vidhi.