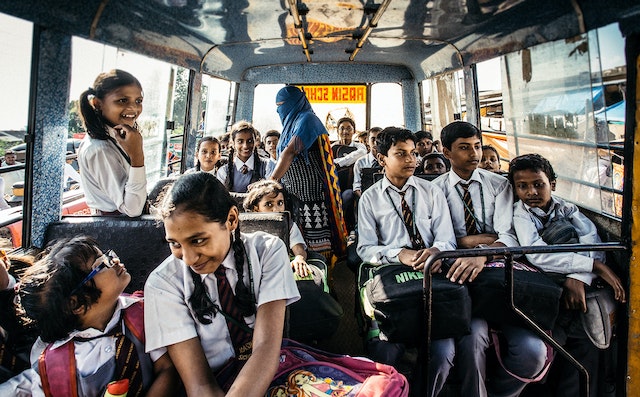 The COVID-19 pandemic has exacerbated the systemic challenges faced by children in their access to education. During this period, access to schooling resources and materials remained sporadic for a large section of children, and many children remained ‘absent’ or were ‘out of school’ for prolonged periods of time. In India, many efforts were made to document education gaps and experiences of parents and children in their access to schooling. Several surveys were conducted in geographies and communities that organisations, governments, and academics were able to access during school closures, starting from April 2020 (just one month after the first nationwide lockdown).

Samples across these studies however ranged widely in size, geographic dispersion, and on socio-economic backgrounds, and only a few claimed to have attained some representativeness at the national level. Moreover, findings of these studies across the board varied vastly on the status of schooling among sampled children. Similarly, statistics reported by government agencies and representatives on the status of Out of School Children (OOSCs) varied substantially across states and times – from some states reporting a few thousand children dropping out, to statements by ministers indicating millions being out of school.

In the context of varied estimations of the impact of COVID-19 on the OOSC population in India, we synthesise all relevant studies and resources to analyse the status of schooling – across time, geographies, and social and economic backgrounds of households. The objective of the review is to both, provide early insights on how the COVID-19 pandemic may have exacerbated challenges of the OOSC population in the country, and open new research areas or complement existing ones on its differential impact across various groups. We further hope this paper serves as a repository for education researchers and practitioners working on this topic.

In this research, we have systematically compiled and analysed sources of information between April 2020 and May 2022. Three types of sources have been compiled and analysed – (i) nationally representative surveys (conducted by the State and civil society organisations), (ii) COVID-19 specific surveys, and (iii) government surveys (as reported in newspaper articles, statements by government representatives, or official documents published by the government).

In total 72 studies and 110 newspaper articles were identified as being relevant to this study, of which 21 primary research studies have been included in our analysis. These studies are diverse in terms of statistical representativeness, methodologies, and sample sizes.

We find that children across different socioeconomic contexts have been severely affected and educational gaps – in access to educational materials, devices, internet, and other basic resources to continue schooling – were expectedly worse for those with prior disadvantages, and varied across gender, age, region, and disability. Accordingly, incidence of non-enrollment and dropping out was also higher among those with prior disadvantages.

We further find evidence of new sites of exclusion which need attention and inspection. These include; increased incidence of non-enrolments among younger children; further exacerbation of challenges faced by migrant children; and increased vulnerability of children enrolled in low fee private schools.

Definition of Out of School Children or OOSC

In concurrence with the definition of OOSC provided in a government order by the erstwhile Ministry of Human Resource Development in 2018, we consider OOSC to include children who have “dropped-out”, or “not enrolled”, or who have been “absent” from school for a period of 45 days or more without intimation. Due to the reliance on digital education during COVID-19 induced school closures, we capture absenteeism as access to digital education, including availability of smartphones and internet connection.

Across all sources and studies compiled in this report, we find that reported percentages of “drop-outs”, “non-enrollments” and “absenteeism” vary substantially, with a possible explanation for this range provided by when data was collected, who was sampled, and what specific questions were asked to respondents.

What do government sources say?

Numbers of the OOSC population reported by the few states who did make data public varied substantially on a range from 25,000 children in Maharashtra (Borwankar, 2020) to over 6.2 lakh children in Jharkhand (Economic Times, 2021).

What do COVID-19 specific studies say?

Across compiled COVID-19-specific surveys, and depending on the period, geography, and/or groups surveyed, it was found that:

How does this compare to prior to the pandemic?

Insights from nationally representative Annual Status of Education Report (ASER) and Unified District Information System for Education (UDISE) studies both prior to and during the pandemic show  a mixed trend:

Who was worst affected?

Inequalities and continued economic disadvantages that were exacerbated during the pandemic (Kesar et al., 2021), have the destructive potential of undoing decades of work and progress made in education (Berkhout et al., 2021).

Across studies and consistent with evidence of OOSCs prior to the pandemic in India, socially and economically disadvantaged groups and children with disabilities were worst affected (compared to their relatively more advantaged counterparts) in their access to education during the pandemic.

Finally, Children with Disabilities (CWDs) continued to be some of the worst affected by the pandemic:

On the other hand, evidence on differences in access and attendance to education on the basis of gender and rurality (whether a child resided in a rural or urban area) was mixed.

Findings on the basis of gender show that:

Findings on the basis of rurality show that:

For instance, with respect to migrant children, limited evidence reflects the continued vulnerability of children belonging to migrant communities in their access and retention in schooling (Shah, 2020; Government of India, 2022). Almost reflective of the difficulty of tracking these students across geographies and schools, as documented even prior to the COVID-19 pandemic (Bhattacharya, 2019), migrant children are sorely underrepresented across studies compiled for the purpose of this report.

Among younger children – in the age-group of primary or pre-primary schooling – we find early evidence of both delays in enrolment in schools as well as differential investments in education in favour of older children.

Finally, an important area of concern is that of the economic shock faced by low-fee private schools (LFPs) across the country during the pandemic. It was found that:

Evidence presented in this paper is still early as effects of the pandemic continue to be realised and observed in various forms. Therefore, it is critical to continue tracking the differential schooling experiences of children on the basis of their background and individual characteristics, as we try to bring children back to schools.

Further, understanding the reach and effectiveness of remedial programmes and initiatives undertaken by the central and state governments is pertinent. For the long term, the need to build a more resilient and adaptive schooling system, and specifically a more resilient public schooling system – through better infrastructure, facilities but also with greater capacity to mobilize and engage communities, and with empowered grassroots stakeholders at a decentralized level – has strongly emerged. 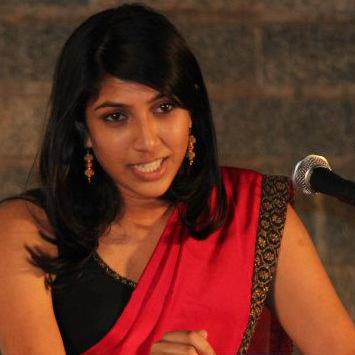 Nisha is a Senior Resident Fellow and leads Vidhi's work in the area of Education. She has completed her postgraduation from SOAS, University of London with an MSc in Development Economics, and received her Bachelor’s degree in Economics from Symbiosis School of Economics. Prior to Vidhi, she has worked as a project coordinator and research assistant at the Institute for Fiscal Studies, London and Indian Institute of Management-Ahmedabad, respectively on multiple projects relating to early childhood and elementary education, education policy, and gender. Some of these projects include working on understanding implementation of Right to Education, Act (specifically the provision under Section 12.1.c or the “25% mandate”) in Ahmedabad, parental preferences for private schools among low-income households, and the impact of a pre-school curriculum and pedagogical intervention in angwandis in rural Odisha. She regularly writes on topics of gender and education for media outlets such as The Wire, Ideas for India and The Quint, among others.

Aditya Narayan Rai is Research Fellow with the Education team. He completed his post-graduate degree in Public Policy and Governance from Azim Premji University, Bengaluru. Before joining Vidhi, he was working with the Grassroots Research and Advocacy Movement (GRAAM) for over a year and was the Research Associate and Project Holder for two academic research studies – ‘Impact Evaluation of PMKVY and CMKKY in selected districts of Karnataka’ and ‘Skill Gap Study in selected districts of Karnataka’. He has also worked with the Jharkhand State Livelihoods Promotion Society as a Young Professional, where he was primarily responsible for the implementation of Mahila Kisan Shashaktikaran Pariyojana in the Khunti district of the state. His area of interest includes Education, Livelihoods, and Governance. He also has a keen interest in Cricket and Lawn Tennis.

Karan Singhal is currently working as a visiting researcher at Luxembourg Institute of Socioeconomic Research (LISER) and a doctoral student at University of Luxembourg. He was previously associated with Indian Institute of Management Ahmedabad as a Research Officer where he led projects on topics in urban governance, education and early childhood.