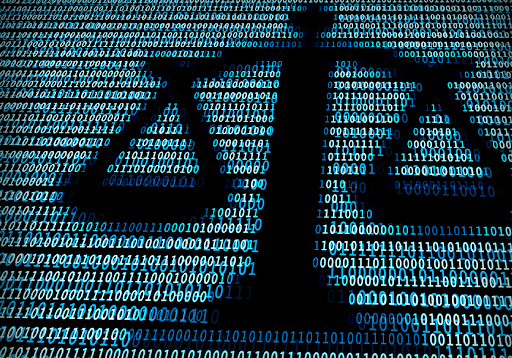 Improving and accelerating access to justice through technological integration

The Indian legal system, bogged down by backlog even in normal circumstances, saw a record increase in pendency during the last year due to multiple lockdowns as a result of COVID-19.

Even though the judiciary rose to the occasion by facilitating online hearings, the lack of adequate technological infrastructure and internet connectivity resulted in overall pendency rising by 19 per cent (from 3.68 crore to 4.4 crore across all courts) between March 2020 and April 2021.

Data from the National Judicial Data Grid (NJDG) showed that pendency rose by 10.35 per cent in the Supreme Court, by 20.4 percent in 25 high courts, and by 18.2 per cent in district courts.

The pandemic has made it clear that the future belongs to a hybrid mode of functioning with physical and virtual courts co-existing. It is, therefore, imperative to put the missing infrastructure and planning in place to optimise judicial functioning in the hybrid mode. .

In its attempt to contribute to the emerging discourse, Vidhi has researched and published reports on Virtual Courts in India, Online Dispute Resolution and on introducing Electronic Summons. As a result of the work identifying potential areas and impact of technology in the justice system , Dr. Arghya Sengupta was invited by the eCommittee of the Supreme Court to a sub-committee of experts set up  to  develop the vision for phase III of the eCourts project. Vidhi worked as part of this sub-committee over the last year to assist in the preparation of a vision document for the Indian judiciary.

An accessible and efficient judiciary

The vision document for phase III of the eCourts project aims to develop end-to-end Digital Courts in the country – an ambitious model that adopts a platform approach to:

The vision document had  been released for public comments, in April 2021, for the first time to foster greater transparency. It introduces a grievance redressal mechanism for all users with a clear accountability framework.

When implemented, phase III of the eCourts project will transform access to justice for all stakeholders, through enabling:

As all courts across judiciary adapted to online hearings, it was important to ensure that such hearings do not compromise the principle of ‘open courts’ that allowed anyone from the public to observe a court proceedings. To address this challenge, the eCommittee of the Supreme Court set up a committee to draft rules for live-streaming of court proceedings. Vidhi assisted this committee in formulating the Model Rules for Live Streaming and Recording of Court Proceedings (“Model Rules”) which may be customised and adopted by all high courts across the country. The Model Rules were made available for public feedback and consultation.

The Model Rules have been adopted by three high courts, Karnataka, Madhya Pradesh and Gujarat which is a path breaking step towards ensuring transparency and accountability in judicial functioning. It is only likely that soon other high courts and district courts would follow suit. In addition to facilitating the principle of open courts, live streaming of judicial proceedings also opens up the possibilities of closely observing the judiciary allowing for responsible innovation and deeper learnings for the legal student community.

The potential of Online Dispute Resolution(ODR) came to the forefront during the Covid-19 induced lockdowns. JALDI published a strategy document that identified ways to mainstream ODR in India. Vidhi was invited by the  NITI Aayog to be part of an Administrative Secretariat to draft an ODR policy plan for India.

The use of ODR technology can help reduce the large pendency that woe the judiciary by making the process of dispute resolution easy, efficient and accessible. The draft ODR policy  received  an overwhelmingly   positive   feedback   and   engagement   from   59 organisations/individuals and support from global pioneers of ODR. The NITI Aayog published and adopted the policy document for ODR in November, 2021.

Indian courts have to become accessible, efficient and dynamic in the digital age. I appreciate the work of Vidhi’s JALDI team in furthering this vision with their ideas and deep research.
– Justice R. C. Chavan (former Judge, Bombay High Court)

I had the occasion to study the research papers and reports published by Vidhi on Virtual Courts, ODR, Digital Summons and Court Infrastructure. The papers were well researched and the multi-disciplinary perspective contained therein would surely cater well to a broad audience including policy makers, academia, civil society organizations, legal professionals and citizens. These reports contain valuable inputs and innovative ideas which will certainly be useful in shaping plans and policies on the judicial landscape. The contributions made by Vidhi in the conceptualization of the Vision Document of eCourts Phase III project for a more robust digital governance framework of the court system also deserves a special mention. I wish them all success in their future research endeavours on judicial reforms.
– Barun Mitra, Secretary, Department of Justice