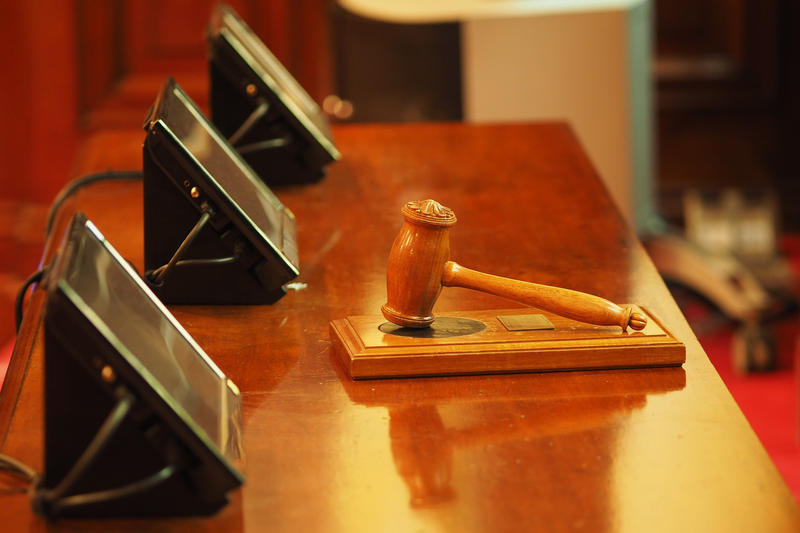 Virtual Courts at the Cost of Open Courts?

Due to the Covid-19 induced nation-wide lockdown, the judiciary has been forced to seek solutions in technology to address concerns regarding ‘access to justice’. Since court proceedings cannot be conducted in person during the lockdown, the Supreme Court and certain High Courts have gradually started conducting hearings through video-conference (VC). The Supreme Court, on April 6, issued guidelines for mandatory VC in all courts, including District Courts, for ensuring ‘complete justice’ during the Covid-19 outbreak. The Supreme Court’s order is a significant step towards virtual courts, and should be welcomed with open arms.

However, given the ad-hoc nature of the online proceedings conducted so far, questions have already arisen as to whether the judiciary can continue to hear matters in a fair and unbiased manner, and whether the parties will be given a fair opportunity to be heard, among others. These principles of natural justice must be upheld by the courts.

Long term repercussions of a measure brought in during an emergency have to be scrutinised to ensure technology does not derail the system from the ideals of fairness and transparency. This piece focuses on considerations, which the judiciary must bear in mind while it opens its doors to technology.

What the Supreme Court guidelines say

• In its order, the Apex Court directed both the High Courts and District Courts to temporarily adopt VC by drafting their own rules.

• The guidelines also mandate courts to maintain a helpline where litigants can register their grievances regarding the audio and video quality of the online hearings.

• Courts are also required to make available video conferencing facilities to litigants who do not have access to this technology.

• Further, the guidelines stipulate that consent of both the parties is necessary for recording evidence on video conferencing.

The above guidelines however do not specify whether such VC facilities will continue to be limited to ‘urgent matters’ alone or will apply across all pending cases. The Supreme Court has justifiably left this to individual High Courts to decide, possibly on the basis of their ICT infrastructure and internet penetration.

Open Justice – what the guidelines missed

One key deficiency in the Supreme Court’s order is its silence on one extremely important aspect – the principle of open courts and open justice.

The principle says that Indian courts are public spaces, such that any citizen, including the media, can observe proceedings and be privy to the facts and submissions of any case being heard by the court. This ensures that administration of justice remains transparent and the faith of the citizens remains strong in the judiciary. Closed door VC would go directly against this principle.

Countries such as Australia, China, the UK and the US have also taken similar video conferencing measures recently. The UK, from where India borrows its open courts principle, in fact, has been broadcasting court proceedings during the Covid-19 pandemic. Its emergency legislation, the Coronavirus Act, 2020 accommodates the open courts principle by making specific provisions for broadcasting and recording court proceedings conducted via video conferencing so that public and media participation is ensured.

In its order, the Hon’ble Supreme Court has relied upon the observations made in the case of State of Maharashtra v Praful Desai where it was held that VC can be used for recording evidence. Ideally, the Court should have read this in conjunction with its earlier decision in the case of Swapnil Tripathi v. Supreme Court of India where live audio-video streaming of cases was upheld as an extension of open courts principle. In the latter case, the Court had also ordered its introduction on pilot basis for important cases.

Surprisingly, contrary to this, in early February, while disposing of a plea filed by Senior Advocate Indira Jaising seeking live-streaming of court proceedings, the bench had stated that this decision has to be taken by the CJI (Chief Justice of India) on the administrative side and no judicial order could be passed in this regard.

Mandatory video conferencing of proceedings is an opportunity for the judiciary to implement its ruling in Swapnil Tripathi in its true spirit. Kerala and Bombay are leading the way.

High Courts of Kerala and Bombay have started live streaming the hearings through the app called Zoom. The link to join the proceedings is made public on the cause list for the respective courtrooms.

The Kerala High Court, in particular, has issued a guide for advocates explaining how people can join the VC using the link.

However, apps such as Zoom have previously raised security concerns and cannot be trusted for important institutions like the judiciary in the long run. Instead, it is important for a robust mechanism to be in place which is specifically designed for the judiciary.

Clearly, adoption of technology in court processes raises several policy questions on issues surrounding access to justice, fairness, transparency vis-a-vis discretion of individual judges. The JALDI (Justice, Access and Lowering Delays in India) initiative at the Vidhi Centre for Legal Policy has deep dived into some of these concerns in the report ‘Open Courts in the Digital Age: A Prescription for an Open Data Policy’.

Some of the technical issues with VC that need to be delved into are:

• Ownership of copyright to the online footage, and restrictions on reusing/ reproducing the footage by private persons;

• Development of tools to accommodate regional languages online to expand beyond English-speaking citizenry;

• Equipping courts with adequate tools for secure data storage, and training them in data management expertise for the large amount of data that will be collected and processed by the judiciary going forward.

• Restricting the ambit of principles of privacy recognised in open courts jurisprudence and legislations to only certain exceptions such as cases of sexual offences, juvenile justice, certain family disputes and national security, among others.

The systemic reliance on VC is a significant step in the journey towards virtual courts. However, this cannot be done at the cost of the open courts principle, which is a cornerstone of Indian judiciary. The guidelines on VC may suffice as a short term solution, but in the long run, a more robust mechanism needs to be devised. The Supreme Court must, on a priority basis, work with multidisciplinary experts to ensure that technology infusion in the judiciary does not occur at the cost of inherent principles of justice. Our judiciary’s response to this pandemic, while commendable, is only the start of a long journey towards technology integration, which has to be done in a transparent and accountable manner.