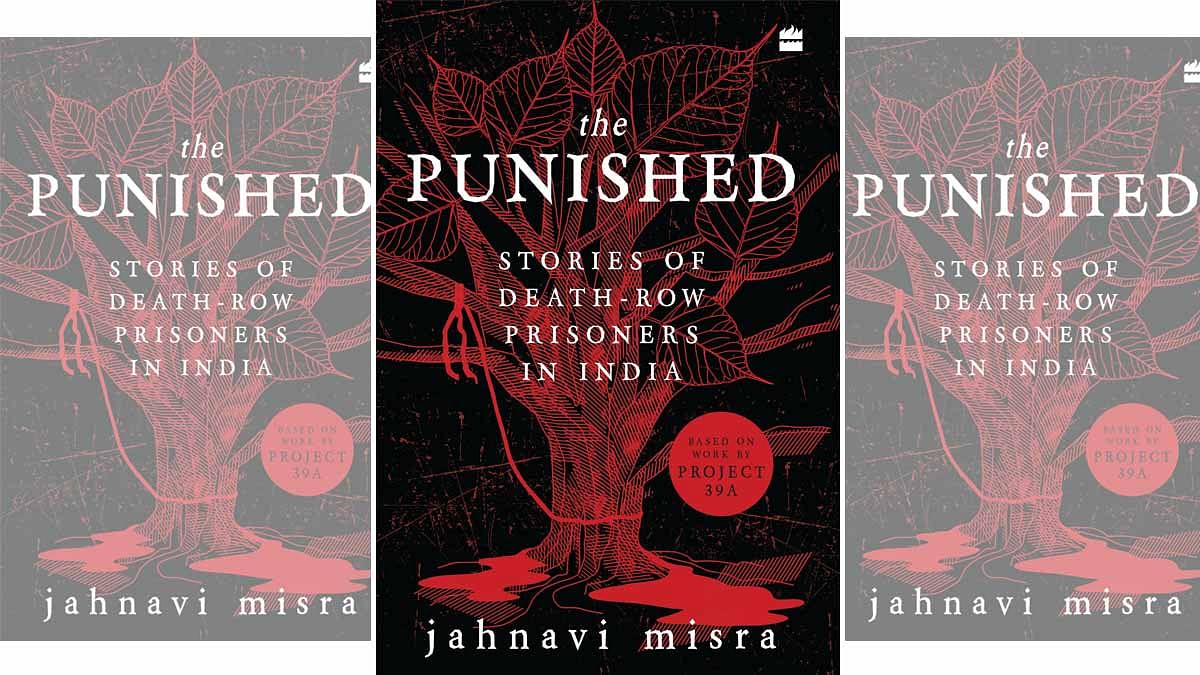 ‘The Punished: Stories of Death-Row Prisoners in India’ by Jahnavi Misra

The book is not an attempt to build sympathy for the prisoners. It leaves that to the reader. Rather, it shows how the intent of using legal remedies to solve complex socio-cultural-political issues is problematic.

The general public’s primary access to lives inside a prison is through the mainstream media. While a few prisoners do talk about their incarceration, very often they are the educated ones, capable of reading, writing and consciously documenting their experiences. Jahnavi Misra gives us a glimpse of some of those ‘other’ prisoners whose stories would otherwise not reach us.

Misra’s book takes us through 19 stories of people on death penalty. Each story is preceded by a sketch depicting an important aspect of the narrative. The stories are not always accounts of the prisoners themselves, but often the accounts of the families, friends, neighbours and, in one case–of a person working on a film about a woman on the death row.

These are stories from the research conducted by Project 39A at NLU Delhi (then known as the Death Penalty Research Project) between 2013 and 2016. This research was the foundation for the Death Penalty India Report. The initiative has been publishing an academic style annual death penalty report.

This report has been important in highlighting how marginalised communities and crimes like sexual offenses feature more among prisoners on death row, especially since 2012. It has also fostered the conversation around how socio-economic privilege translates to better legal representation during trial.

‘The Punished’ covers the stories of the people behind the numbers reported in the annual publication.

Lack of quality legal representation as a recurring theme

A common theme for me while reading the stories was of the lack of quality legal representation. For instance, very often in the narration, someone is asking the defence lawyer, including in one instance, the author herself, whether medical evidence was presented or whether mental illness was evaluated. And, even more often, the answers to these questions of presentation of critical evidence were missing. This raises serious concerns about fairness, justice, and accountability for those who are embroiled in a system that is systematically biased towards the well-connected and powerful.

For anyone who has seen first-hand how lower courts deal with cases, the stories in the book will not really be an eye opener. In fact, they might even corroborate what one already knows. But for a lay person, these will give a glimpse into the lives of death row convicts and, in particular, how they are treated within the Indian criminal justice system.

The book is also important in the context of exhibiting how political will that leans towards ‘appearing hard on crime’ results in severe punishments, including the death penalty and swift sentences (Read a report by Project 39A on trial courts and death penalty here to understand this better –https://www.project39a.com/dpsitc). It has, thus, been a contributor to the conversation on the need for legal reforms at large.

The person behind the criminal

Through highlighting the context of the crimes, the book goes beyond a clinical focus on the crime itself. From how a woman joined her husband in practicing black magic, and ultimately ended up on death row (“How Chanda became a Gurumata”), to how a bunch of men killed their bullies and their families (“Redemption”), ‘The Punished’ helps us understand the drivers and the people behind the crime.

In yet another story, “Fast Track to Justice”, it takes us through a fast-track court trial where the accused went from being arrested to being convicted with a death sentence within three days. By the end of it, the accused himself was not sure whether any medical examination was conducted or the subsequent report was submitted in court or not. This shows how swift ‘justice’ can end up being hasty.

However, it is important to emphasise here that the book is not an attempt to build sympathy for the prisoners. It leaves that to the reader. Rather, it shows how our intent of using legal remedies to solve complex socio-cultural-political issues is problematic.

The mitigating factors in a crime and what happens to families of prisoners on death row or for that matter, even those incarcerated for long sentences, is what one gets a glimpse into in this book. The book gets us to see these people as a part of the larger society and how events in the society built up to the crime and also to the punishment. Then, one wonders, should only these people face the brunt of the criminal act or should those in relative positions of power also self-reflect?

In conclusion, at the end of each story, I was left wanting to know more. I wish that the stories were longer and fewer in order to enable me to go deeper into the lives of the prisoners. Even as the book does not delve into the debate around death penalty at all, it leaves us with questions. In the words of the author Jahnavi Misra herself, “I have always maintained that justice can prevail only when criminals cease to be viewed as existing in vacuums, entirely separate from everyday life of a society.”

Saie Shetye is an independent researcher working on prisons, trafficking, migration and incarceration. She is an alumnus of Tata Institute of Social Sciences, Mumbai. Her areas of interest include human trafficking, migration, labour and incarceration. She has previously worked with the Justice Radhakrishnan Committee on Prison Reforms in Maharashtra.