POCSO vs. Personal Laws: The Need to Reevaluate the Age of Consent

Recently at an event marking ten years since the enactment of Protection of Children from Sexual Offences Act, 2012 (POCSO) the Chief Justice of India, D.Y. Chandrachud highlighted that consent given by minors below 18 years of age for sexual relations, despite them being fully aware of the facts, is not recognised by the law and such cases pose a big problem for the judiciary. This comes just a month after the Kerala High Court denied bail to an accused in a POCSO case on the grounds that the girl child did not have capacity to give valid consent. The court also took this opportunity to hold that the POCSO Act has an overriding effect on personal laws as the accused had contended that he and the victim were legally married as per Muslim Personal Laws, though she was not even 15 years old when the alleged incident of sexual assault had taken place.

On the other hand, at the beginning of the year, the Meghalaya High Court quashed proceedings against a man accused of penetrative sexual assault under POCSO on the grounds that the accused and the minor girl in question were living as a family with their child as per their customary law and no case of assault could be made since the girl had given valid consent.

Since the enactment of the POCSO Act a decade ago, High Courts all across the country have been grappling with this issue – if a girl child below 18 years marries a man as per their personal or customary law and engages in a sexual relationship, should the man be tried for sexual assault under POCSO? Given that POCSO has an overriding provision (Section 42A), the answer to this issue ought to have been a straightforward yes. Yet, as seen above, High Courts have taken contradicting positions due to the anomaly around the issue of consent of the girl child.

This is significant because neither POCSO nor the Indian Penal Code, 1860 (IPC) provide for any scope for a child below 18 years of age to give consent to any kind of sexual relationship, as was highlighted by the Chief Justice of India. In fact, in the case of Independent Thought vs Union of India, the Supreme Court read down the exception in the IPC that exempted sexual intercourse between a man and his wife being a girl between 15 and 18 years of age from being considered rape. The Apex Court held that this exception created an artificial distinction between a married and an unmarried girl child and was not in her best interest and hence, criminalised marital rape for girl child below 18. The judgment, thus, resolved the conflict between POCSO and IPC.

Since the Supreme Court’s decision in Independent Thought did not carve out any exceptions, when read with Section 42A of POCSO, the straight-forward interpretation would be that absolutely any sexual relationship with a girl below the age of 18 could be punishable under POCSO as well as IPC. In such a case, it would be immaterial if the personal laws of the girl and the accused permitted such a marriage and she had consented to the sexual relationship.

However, High Courts are not going with this straight-forward interpretation. It is surely not because the judges don’t appreciate the position of law, but perhaps because they appreciate the societal realities better. For example, the Delhi High Court in case of Fija v State Govt of NCT of Delhi granted protection to the petitioners (minor girl and her husband) from the girl’s family as they had legally married under their personal law and engaged in consensual sexual intercourse with each other. This is because the Court believed that separating the petitioners who were clearly in love and were fully aware of the actions served no purpose and would actually harm the girl instead of protecting her.

Every good law is drafted and subsequently interpreted by taking into consideration not just the need for it, but also the social realities of the time. For example, the Prohibition of Child Marriage Act, 2006 has been held to not be applicable on Muslim Personal Laws as a girl who has attained puberty can legally marry as per Shariat Law. However, the law does allow child marriage to be voidable at the option of contracting party being a child. The consent of the child is recognised and the child has the right to nullify the marriage, both before or after attaining the age of majority.

However, POCSO criminalises all consensual sexual relationships between minors. This lacunae in law as well as the clear conflict with personal laws can result in a pregnant 17-year-old girl, who married out of her own free will, being left without the support of her husband, as the Courts following the letter of the law can deny bail as well as punish him under POCSO. On the other hand, a blanket lowering of the age of consent itself to 16 can lead to increased cases of child marriages, marital rape or enticement of young girls into sexual relationships without them actually having the capability of understanding what they are getting into.

The judgment in the case of Independent Thought vs Union of India was not just a missed opportunity to clarify the overriding effect of POCSO over personal laws, but also to assert the need for better framing of the law itself. There cannot be a straight-jacket formula to either penalise every man who has married a minor girl or reduce the age of consent to 16 without considering the capacity to consent. There is a dire need for a carefully considered amendment in law so that children are not left more vulnerable in the wake of POCSO just because they have exercised their agency before attaining the legal age of majority. 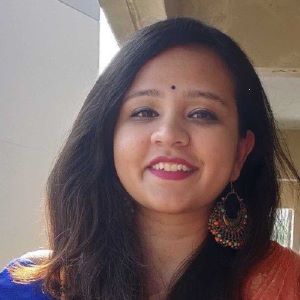 Atishya is a Research Fellow with the JALDI team at Vidhi. She completed her B.A. LL.B (Hons.) from the National University of Advanced Legal Studies, Kochi in 2018 and went on to pursue her LLM in Human Rights Law from the University of Nottingham in 2019, for which she was awarded the Developing Solutions Master Scholarship. Her areas of interest include gender rights, diversity, and inclusion. Her experience includes working with governmental organisations like the National Human Rights Commission and the Department of Justice. Prior to joining Vidhi, Atishya was a Director at IDIA Charitable Trust. In her free time, Atishya can be found baking, reading or binging Netflix.