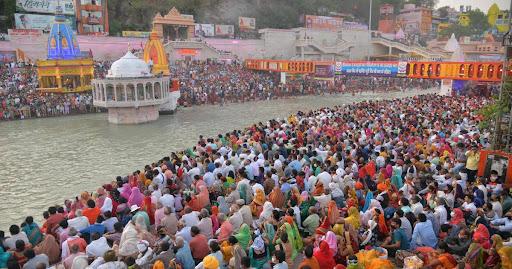 Assessing the constitutionality of the Uttar Pradesh Population (Control, Stabilization and Welfare) Bill, 2021

In a rather ceremonial fashion, the Uttar Pradesh (UP) government unveiled its population policy for 2021-2030 on World Population Day (July 11). To give effect to this policy, the Uttar Pradesh Law Commission drafted the Uttar Pradesh Population (Control, Stabilization and Welfare) Bill, 2021. This draft Bill (hereinafter ‘the Bill’) aims to make the two-child policy a norm. To achieve this goal, the Bill promises government incentives to couples who adhere to the policy (which includes opting for ‘voluntary’ sterilization) and specifies strict penalties and disincentives to those who contravene the law. The proposed objective of this Bill is to control and stabilize the population of the State by implementing the two-child norm for the purported welfare of the people of Uttar Pradesh, which would ensure sustainable economic development.

Taking into account public comments received till 19 July 2021, the UP Law Commission presented a revised draft of the Bill to the Chief Minister in mid-August. The Bill was expected to be tabled before the UP Legislative Assembly during its Monsoon Session which began on August 17. Meanwhile, the Bill has evoked strong reactions and triggered debates from lawyers, activists, and public health experts alike who are primarily concerned about the necessity and constitutionality of this proposed legislation.

This post argues that mandating ‘voluntary’ sterilization as a precondition for availing incentives under the Bill does not further the objectives of the Bill. It simultaneously violates the fundamental right to equality and the right to privacy, which encompass the right of ‘intimate personal choice’ of the couple to prefer a contraceptive technique.

The provisions of this Bill will apply only to married heterosexual couples (men and women of the legal age for marriage) in the state of UP. Clauses 4, 5, 6, and 7 of the Bill promise incentives for public servants and the general public upon either spouse undergoing sterilization after the birth of two children. The Bill also promises additional incentives when either spouse undergoes sterilization after the birth of just one child.

The incentives for public servants include paid maternity or paternity leaves, salary increments, housing loan assistance, rebates on charges for utilities, and free healthcare, among others.  There are fewer incentives for the general public. Notably, all these incentives can be availed only after a proof of ‘voluntary’ sterilization operation performed either on the husband or the wife is mandatorily furnished.

The general exceptions are laid out in Chapter III of the Bill. Clause 9 of the Bill puts a ceiling on the number of permissible adoptions. Clause 15 carves out an exception from the two-child norm in case one or both children born to the couple suffer from disabilities. Couples expecting a third child at the time of commencement of the Act are also exempted from the provisions of this law.

As the chorus on population control legislation grows in the country, one pertinent question begs an answer: is India threatened by a population explosion? The National Family Health Survey 2019-20 (NFHS-5) and Census data show that the ‘total fertility rate’ (TFR) across most Indian States had attained the replacement level of 2.1 between 2019-20. TFR denotes the average number of children a woman can bear during her child-bearing years. A TFR of 2.1 is called the ‘replacement level fertility’ because at this rate the population exactly replaces itself from one generation to next. The TFR at the national level declined to 2.2 by 2015 and is expected to lie below the replacement level in 2021 at 1.8.

In 1994, India joined the global consensus to become a signatory to the Programme of Action of the United Nations International Conference on Population and Development along with 178 other countries, which highlighted the importance of informed free choice as against the practice of coercion in family planning. This principle was well echoed in India’s National Population Policy 2000 which focused on a target free approach for family planning and ensured a basket of contraceptive choices.

Despite India’s international commitments to the principle of ‘no-coercion in family planning’ as well as the current ruling dispensation’s categorical stand on this issue, the UP Bill still exists! It is also worth mentioning that ‘Population control and family planning’ appears in the Concurrent List (List III) as Entry 20A under the Seventh Schedule of the Indian Constitution, which means that both the Centre and the States can enact population control legislation. Thus, both the Centre and States need to abide by India’s international obligations in this regard – and it appears that the UP government has failed to uphold its end of the bargain.

Violating Article 14: The Bill is discriminatory and violates the key constitutional principles of equality, privacy, and personal liberty. Article 14 of the Constitution ensures ‘equality before the law and equal protection of law’. And time and again, the Supreme Court has affirmed that Article 14 does not forbid ‘reasonable classification’ to help achieve specific ends. At the same time, the Supreme Court has also clarified that such classifications cannot be arbitrary.

The Supreme Court has maintained that for classification mandated under a law to be reasonable, it must be founded on the principle of ‘intelligible differentia’, and there must be a ‘rational nexus’ between the classification and the object of such law. However, the UP Bill ‘(un)reasonably classifies’ and ‘unintelligibly differentiates’ between couples with different numbers of children. The Bill uses sterilization as a coercive tool to classify people and force them to choose between ‘voluntary’ sterilization or State-conferred benefits.

Violating Article 21: The Bill also infringes upon the personal liberties of married couples.  The Bill violates the essential guiding principle of voluntary and informed choice in family planning, undermines the reproductive autonomy of women, and the right to opt for a birth control technique of the couple’s choice. The Bill also infringes a couple’s right to privacy, which has been upheld by the Supreme Court of India to also include the right to decisional autonomy on ‘intimate personal choices’. The ability of an individual or a couple to exercise intimate personal choices through sexual and procreative actions is also protected as a fundamental right under Article 21.

Disadvantaging women further: Lastly, the precondition to avail benefits under the Bill will mostly disadvantage women who would most likely be forced to undergo sterilization operations involuntarily. The underlying preference for sterilization operations under the Bill casts doubt on its ostensible object. Even though the aim of the UP Bill may be constitutionally permissible, the strict two-child norm and the requirement of mandatory sterilization as the only means to avail the benefits under it attract doubts towards its constitutionality.

The UP Bill, in essence, violates the fundamental rights guaranteed under the Constitution of India. While the Bill discusses the provisions on incentives, disincentives and the self-contradictory requirement of mandatory ‘voluntary’ sterilization in detail, it does not provide a detailed provision on the means to address the unmet demand for family planning in Uttar Pradesh. This raises suspicion on the dubious objective of the Bill. The provision of lucrative incentives and harsh disincentives under the Bill deprives individuals and couples (especially those from marginalized communities) of making their own decisions about their bodies.

The Bill, if implemented, would encourage sex selective births, forced sterilization operations on women, desertion of married women by their husbands, and more. Even though this Bill might help Uttar Pradesh achieve the UP Population Policy’s target TFR of 1.9 by 2030, the coercive means to achieve the population stabilization adopted in the Bill remains deeply constitutionally problematic.

[Disclaimer: The clause numbers mentioned above can be referenced to the original draft of the Uttar Pradesh Population (Control, Stabilization and Welfare) Bill, 2021.]

Mayuri is a Milon K Banerji Research Fellow at Charkha, Vidhi’s Constitutional Law Centre. Currently, she currently pursuing a Ph.D from Gujarat National Law University. She obtained her LL.M in Constitutional and Administrative law from Gujarat National Law University in 2017 with a R B Mehta Gold Medal. She graduated with a B.A. LL.B. (Hons.) from Amity Law School, Lucknow in 2016. Her area of interest includes constitutional law with current research focus on areas of federalism and local government. She regularly writes research papers for various journals, national & international seminars, conferences, etc. Prior to joining Vidhi, she worked as an Assistant Professor of Law.