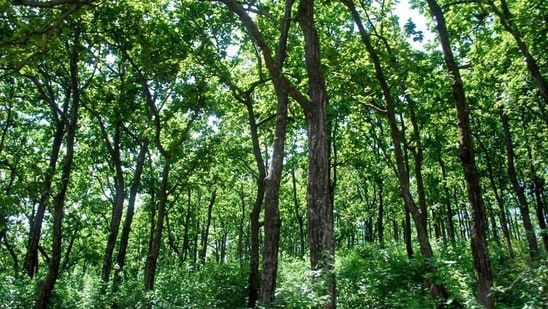 With the notification of the recent Forest (Conservation) Rules, 2022 [“Rules”], particularly the rules pertaining to compensatory afforestation, it’s unclear whether India is ready to arrive at concrete solutions or use the Rules as a smokescreen to circumvent the purpose of the Forest (Conservation) Act 1980 [“Forest Act”] to grant forest clearances. The Union Government enacted the Rules because it believed there was a need to further simplify the forest clearance process by implementing efficient methods and procedures and eradicating the elements that were significantly hampering requests for permission under the Forest Act.

Despite the alarming rate at which forests are being cut down, commitments for compensatory afforestation are either not being met or are unregulated. Since the enactment of the Forest Act in 1980, 3.54 lakh hectares of forests have been cleared, which is an average of 8,448 hectares per year. Plantation work is progressing on about 83% of the total area identified for compensatory afforestation against forests permitted to be cut down.

At the COP26 summit, India announced its target to reduce its projected carbon emissions by one billion tonnes by 2030. The Forests Survey 2021 estimated a 2261 sq km or 0.28% increase in India’s forest and tree cover by the geographical area between 2019 and 2021. These figures have been contested by environmentalists for serious errors in identifying, classifying, and defining “forest”. (Currently, there is no definition of “forest” in any forestry legislation in India).

Environmentalists stress the fact that forests are a living landscape, and natural forests are incomparable to any plantation in terms of biodiversity and ecological services. This is a principal factor in determining the success of compensatory afforestation, as diverse types of forests will have  distinct biodiversity, ecosystem services and carbon absorption potential. Without proper identification and recognition of forests, it is difficult to accurately measure the success of compensatory afforestation.

The veneer of compensatory afforestation

The Forest Act allows for the use of forest land for non-forest activities, and the Rules outline the process for obtaining consent from the Central Government to address the loss of forest cover from these activities. These non-forest activities could include using forest land for industrial or infrastructure projects. Under this mandate, private parties must pay compensatory afforestation levies and transfer another land to the relevant forest department for afforestation. The size of the land transferred must be done in accordance with the Rules, and final authorization for the use of forest land will not be granted until the compensatory afforestation requirement is met.

At the outset, the term ‘compensatory afforestation’ sounds promising since it attempts to make up for a loss. But a deeper understanding of ecology and climate change and an ecocentric approach to law suggests otherwise.

However, it is presumptuous to assume that cutting down an old-growth forested area that has created an ecosystem of its own can be compensated by planting young saplings elsewhere. Old-growth forests are complex ecosystems that mature without external interference, providing a home to rare and unique biodiversity while simultaneously storing substantial amounts of carbon. Once felled, these trees release vast amounts of carbon back into the atmosphere. As compensation, usually non-native trees that might not be suitable for the region are planted in their stead. The new plantation cannot compensate for the loss of carbon stocks and other ecosystem services provided by old-growth forests in any realistic timeframe and are likely to be hazardous to the existing ecosystem. Further, monoculture plantations can never compensate for the complex biodiversity of a forest.

From a legal compliance perspective, this would easily constitute compensatory afforestation. However, grouping these various trade-offs under the umbrella term of ‘forest’ is problematic because it is concealing, rather than revealing these trade-offs.

Previously, no method was provided for this choice. However, now if forests are cleared in Kerala, compensatory afforestation can be carried out in a different state such as Odisha or Maharashtra, subject to the approval of the appropriate state governments or union territories.

At the outset, this provision seems to have addressed some of the concerns voiced by various States and Union Territories about the impact on their projects where diversion of forest area was not practicable due to a shortage of land for compensatory afforestation. However, this would weaken the concept of offsetting forest and biodiversity loss through afforestation and turn it into a strategy to ease forest clearing. Environmentalists have also questioned the rationale of environmental harm occurring in one state and being compensated in another, given that this would have a significant impact on local biodiversity and climate.

Defining forests: the need of the hour

The Forest Survey of India (“FSI”) conducts an evaluation of the country’s forest reserves every two years and publishes the results in the ‘India State of Forests Report,’ also known as Forests Survey. The latest assessment undertaken in 2021 indicates a 0.22% increase in forest cover at the national level when compared to the earlier assessment in 2019.

In India, according to FSI, “forest cover” refers to any region of land where the density of the tree canopy exceeds 10% and the area surpasses 1 hectare. This is applicable regardless of the kind of land usage, ownership, or tree species.

An increase in forest cover is not necessarily a reflection of the quality of forest cover. We  could continue to divert forests, undertake compensatory afforestation, or establish commercial plantations outside of the forest region and it would still be considered growing forest cover.

Tree plantation and afforestation attempts in India are plagued by five key issues viz., planting trees in areas that are not apposite, planting the incorrect species and amalgamating species, limiting diversity by planting very few species, neglecting to consider seed genealogy, and planting without regard for local people’s rights. These problems can be mitigated if we come up with a scientific definition of forests that considers the different biogeographic diversities found around the world. The most widely accepted scientific classification of Indian forests is the Champion and Seth Classification from 1968. This classification includes five major groups and 16 type groups (climatic types) and more than 200 subgroup types. This classification is still widely used today because it provides a detailed and comprehensive framework for understanding and classifying the diverse range of forests found in India. By using a scientific definition of forests, we can better understand and protect these important ecosystems.

The term “forest” is yet to be defined by the central government. The word ‘forest’ is not defined in any Central Forest Act, namely the Indian Forest Act (1927), or the Forest Conservation Act (1980). However, when active or compensatory afforestation becomes necessary to mitigate climate change issues such as global warming and because of unrestrained and unconscionable deforestation, it is critical to define forests correctly.

And doing things the correct way frequently involves being ethical about replanting species that are natural to the environment rather than non-native. Overall, compensatory afforestation as it exists now is inadequate for offsetting the loss of natural forests and biodiversity. A working definition of forest is needed to accurately measure the success of the policy, and to ensure that replanted forests are of a suitable quality. Without this, the policy is likely to be nothing more than a whitewash, with little or no benefit to the environment.

I would like to express my deepest gratitude to Debadityo Sinha for his valuable inputs and time in reviewing the article.

Shailee is currently pursuing her BA LLB (Hons.) from National Law University Odisha and she was an intern at the Vidhi Cenre for Legal Policy during the month of November 2022. Her research interests include Environmental and Energy Law as well as Data Protection and Privacy Law. In another world, she fosters cats and is a voracious reader.