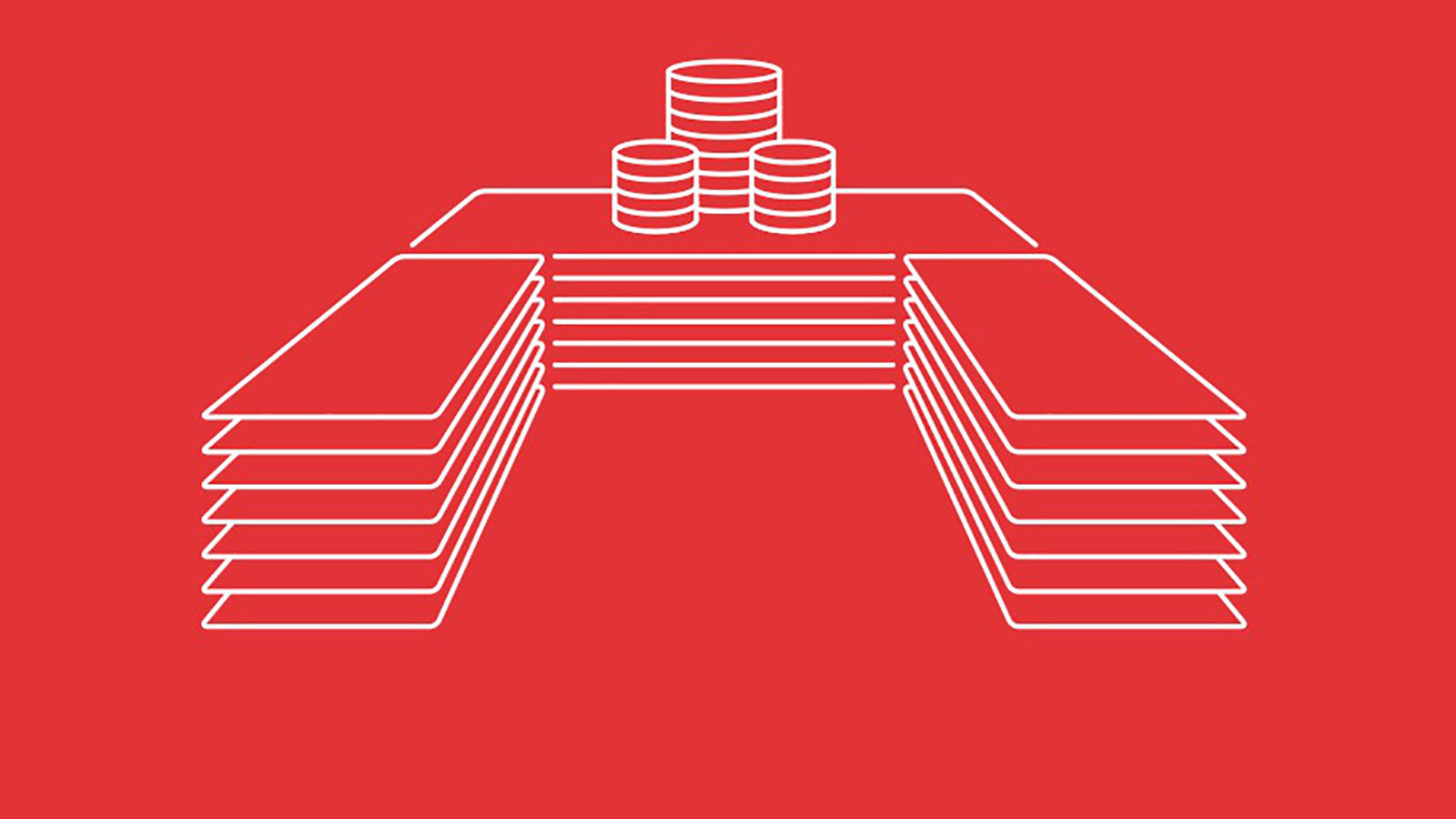 Back to Basics: A Call for Better Planning in the Judiciary

Delving into issues with financial planning and autonomy in the judiciary

Summary: The report makes an attempt to shift the conversation on judicial reforms from the lack of funding to the deeper, underlying issues that are impeding the expenditure of the funds that are already allocated to the judiciary.

Conversations around the funding of the judiciary in India have revolved around inadequate and delayed fund allocation and the problem of pendency of cases as a result. While this may be historically true, over the last decade, the Central Government has earmarked significant funds for the Indian judiciary – approximately Rs. 15,000 crores have been allocated through various schemes, Finance Commission grants, etc.

The Planning Commission also initiated central sector schemes and a centrally sponsored scheme to add to the resources of the judiciary. Vidhi’s earlier report ‘Budgeting Better for Courts’ evaluates the Centrally Sponsored Scheme for Judicial Infrastructure that assists states in building judicial infrastructure.

Issues in the judiciary, however, go beyond just allocation of funds, and lie with the effective planning and management of these funds. Vidhi Centre for Legal Policy’s ‘JALDI or Justice, Access and Lowering Delays in India initiative’ has released a report ‘Back to Basics: A Call for Better Planning in the Judiciary’ that explores these issues and gives recommendations.

1. Responses to applications filed before High Courts under the Right to Information Act (RTI), 2005

1. Poor planning of allocated funds: State Governments have paid little attention to expenses of the infrastructure of the judiciary citing reasons such as lack of enough resources. Yet, only 31.86% of the amount released under the 13th Finance Commission, which made the highest budgetary allocation for the judiciary out of all the Finance Commissions, had been utilised by the states within the defined period.

2. Confusion regarding the appropriate methodology for calculating judge strength: Funding for the lower judiciary is primarily dictated by the judge strength in the district and subordinate judiciary. However, there appears to be great disparity and confusion regarding the appropriate methodology for calculating the judge strength. Currently, the Supreme Court has endorsed the methodology of the interim report of the National Court Management Systems (NCMS) committee. However, RTI responses show that different High Courts follow different methodologies.

(Page 13: A timeline on the manner in which the discourse in calculation of judge strength has evolved over the years) 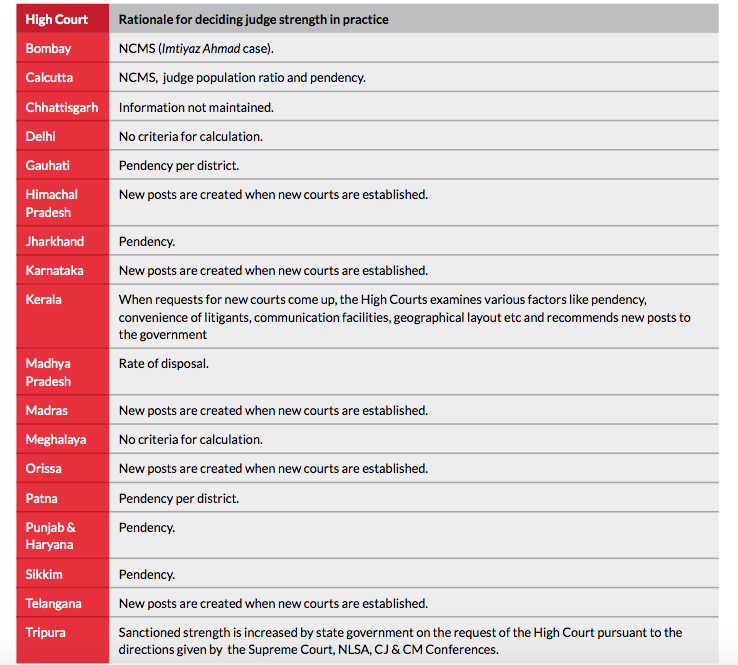 3. Lack of financial autonomy: Several Chief Justices have, in the past, made public statements demanding greater financial autonomy stating that it would lead to greater judicial autonomy. However, the nature of this autonomy and the manner in which this fits in the current framework of the Constitution has not been clarified. The report highlights three issues in this aspect:

• Lack of autonomy in deciding emoluments to judges: The judiciary lacks adequate financial autonomy since it is dependent on the executive and legislature. As per the Constitution, the power to determine salaries and allowances of the judges of the Supreme Court and High Courts lies with Parliament, and that of the Court support staff lies with the Chief Justices of the respective High Courts. (Page 6)

• Delegation of financial power to states: Financial powers with regard to the judiciary are delegated differently in different States in accordance with the budget manuals and financial rules. There is, however, little transparency regarding how this delegation works. (Page 9)

In this regard, the report argues that if the judiciary’s demands related to financial autonomy are to be met, adequate measures for ensuring financial accountability will also have to be introduced.

The report suggests the way forward for better judicial planning through these recommendations:

• Localised data on the functioning of the judiciary should be analysed and should form the basis for reforms directed towards the judiciary.

• Necessary steps should be taken to build institutional capacity and utilise managerial talent from the government, and the private sector, if necessary.

• The judiciary should use consultative platforms such as the National Mission and Joint Conferences of Chief Justices and Chief Ministers to solve issues related to coordination.

• A standard method of calculating judge strength at the level of district and subordinate judiciary needs to be developed on the basis of empirical data. For this, granular data related to judicial hours spent on different case types needs to be collected.

• The judiciary can facilitate administrative transparency through: a) Proactive disclosures under Section 4 of the RTI Act (Page 18); b) Independent financial audits. (Page 20)

• Both the judiciary and the executive need to assess whether the current structure for administration of justice in its constitutional scheme is meeting the demands of the system. This may be done by allowing the judiciary to send its proposals directly to the legislature or by increasing the expenditure authority of the High Courts so as to lessen the amount of coordination required with the executive.