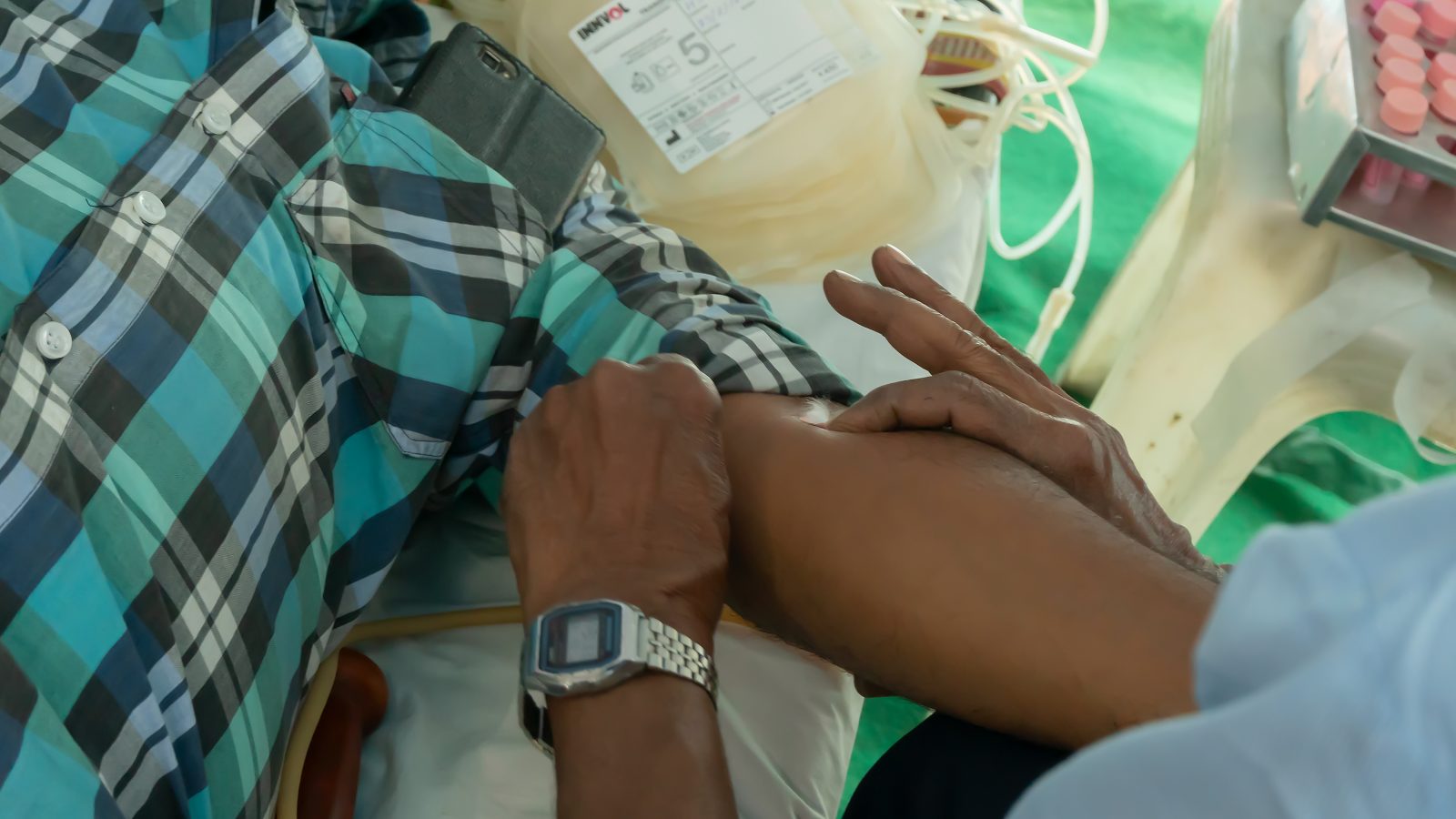 Part I of a two-part series

The issue of regulation of prices in private hospitals has long dominated the discourse on patient rights in India. The ongoing pandemic has seen various reports emerge of such hospitals charging exorbitant rates for Covid-19 treatment. In many cases, patients have also petitioned Courts to regulate prices. In response, by August as many as 10 State Governments had issued circulars capping prices of Covid-19 treatment. Maharashtra, one of the first States to have capped prices for Covid-19, however, also imposed controls on the prices for non-Covid-19 treatment.

Recently, in a significant decision in Hospitals’ Association, Nagpur v Government of Maharashtra (“Hospitals’ Association”), the Nagpur bench of the High Court of Bombay quashed the Maharashtra Government’s restrictions on pricing for non-Covid-19 treatments. The case arose due to the Maharashtra Government’s notification dated 22 May 2020 which imposed price controls on 80% of beds in all hospitals irrespective of whether they were being used for Covid-19 or non-Covid-19 treatments. Hospitals were free to charge their rack rates for the remaining 20% of beds.

The notification was challenged with respect to its application to non-Covid-19 treatment by private healthcare providers who did not have any pre-existing insurance arrangements to cover the costs of treatment. The High Court quashed the notification on various grounds and in the process made several far-reaching findings which may have implications for the regulation of private hospitals beyond the facts of this case. Part I of this blog analyses the constitutional reasons cited by the Court, while Part II specifically focuses on the Court’s analysis of public health emergency laws such as the EDA and the DM Act.

The Court analysed three key constitutional questions, (i) the legislative competence of the State to enact pricing restrictions on treatment, (ii) the State Government’s exercise of executive powers and (iii) reasonability of restrictions on the private hospitals’ freedom to practice their trade and profession.

In Hospitals’ Association, the Court held that price controls for non-Covid-19 treatment would not fall within the ambit for Entry 6, List II of the Seventh Schedule and therefore the State Legislature and consequently the Executive had no competence to impose them. This is because legislative powers are co-extensive with executive powers under the constitutional scheme. Under India’s federal Constitution, legislative powers have been divided between the Union and States through the enumeration of subjects in the three lists of the Seventh Schedule. List I enumerates subjects allocated to the Union, List II enumerates subjects allocated to the State, while List III enumerates subjects over which the Union and States enjoy concurrent competence.  The entry in question, in this case, was Entry 6, List II which deals with “Public health and sanitation; hospitals and dispensaries.” Referring to specific entries of the Seventh Schedule, the Court reasoned that whenever the Constitution wanted the legislature to control rates, tolls, taxes etc., or regulate a profession, the same had been specifically provided for and since Entry 6, List II does not explicitly mention prices controls, such  power could not be read into it.

There are three issues with the Court’s reasoning. First, while interpreting the entries of the Seventh Schedule the Supreme Court has repeatedly held that entries should be interpreted liberally since legislative power is conferred through Article 246 of the Constitution and the legislative entries only demarcate the fields of the legislation. The Supreme Court has specifically held that the language of the entries should be given the broadest possible meaning and should extend to all subsidiary and ancillary matters that can be reasonably comprehended in it. In the instant case, it is hard to argue that the regulation for prices for healthcare services are not part of public health since the affordability of healthcare is an intrinsic component of healthcare governance.

In fact, Article 47 of the Constitution makes improvement of public health one of the primary duties of the government. Further, the Supreme Court in a number of decisions has read the right to health as part of the fundamental right to life under Article 21 of the Constitution. While the content of the right to health has been incrementally determined through judicial interpretation, it is difficult to argue that the reasonable pricing of healthcare services will not be an aspect of such a right. The Court, however, does not discuss any of these constitutional provisions in determining the ambit of healthcare governance and its interplay with questions of legislative competence.

The Court’s conclusion, therefore, seems to overlook settled principles guiding the interpretation of legislative entries and ignores aspects of the constitutional scheme of healthcare governance.

In Hospitals’ Association, the High Court, by applying the ‘doctrine of occupied field’ first concludes that by the enactment of the Maharashtra Essential Services Maintenance Act, 2017 (“MESMA”) and the Maharashtra Nursing Homes Registration Act, 1949 (“Nursing Homes Act”) the State has occupied the legislative field under Entry 6, List II. The merits of this conclusion apart, the Court’s subsequent reasoning seems far more convoluted. It relies on the proviso to Article 162 to conclude that the notification of the Government of Maharashtra would not carry the force of law since Maharashtra has already enacted the above laws that ostensibly cover the issue. This reliance is clearly misplaced since the proviso to Article 162 seems to be restricted to matters over which both the Parliament and the State Legislature have the power to make laws i.e., subjects in the Concurrent List. This is clarified by the first line of the proviso which states that “Provided that in any matter with respect to which the Legislature of a State and Parliament have power to make laws…”. In contrast, the instant case was only concerned with a comparison between the exercise of executive power and legislations enacted by the State of Maharashtra and not Parliament.

Leaving aside the misapplication of the proviso to Article 162, the Court seems to have applied a far lower standard in concluding that the enactment of MESMA and the Nursing Homes Act prevent the State from exercising its executive power to regulate prices. The Court’s confusion seems to stem from what it refers to as the “doctrine of occupied field” in its reasoning. In Indian Constitutional Law, the doctrine of occupied field is usually used to refer to the entries of List II which are made subject to entries in List I and List III, thereby making the exercise of the State’s legislative power subject to the Union’s. Even a liberal reading of the doctrine would potentially only cover instances where the Union has enacted a law on a Concurrent subject thereby overriding a State law on the subject if such a State law conflicts with the Union law under the rule of repugnancy in Article 254 of the Constitution. Cases in India, which have struck down executive action under Article 162 have done so when such action clearly conflicted with or tried to override existing statutory frameworks. For instance, the Madras High Court in S Arunachalam’s case  held that an executive order, by a State Government,  changing the process of registration of property documents was not valid since such a process already existed under the Registration Act. If a change in process were to be brought about then the same had to be legislative. In the instant case, however, the Court merely reasons that since both MESMA and the Nursing Homes Act deal with issues connected with public health and healthcare establishments, respectively, they already cover the issue. With respect, this reasoning is insufficient since the Court does not record any clear finding of repugnance between the executive notifications and these legislations. There is no indication that these legislations were ever intended to regulate pricing in private healthcare establishments. In fact, a bare reading of the two legislations indicates that while MESMA is specifically concerned with the continuity of essential services in the event of strikes and lockouts, the Nursing Homes Act is concerned with registration and the setting of standards at healthcare establishments. The Court itself observes that none of the provisions of these legislations justify price controls. Therefore, its conclusion that MESMA and the Nursing Homes Act occupy the field and therefore prevent the exercise of executive power seems without adequate basis since these legislations do not specifically deal with price controls.

Restriction on the freedom of trade and profession

Article 19(1)(g) of the Constitution guarantees the freedom to practice any profession and carry out any trade. This freedom, however, is subject to reasonable restriction under Article 19(6). In Hospitals’ Association, the High Court concludes the pricing restrictions for non-Covid-19 treatment are a prima facie violation of Article 19(1)(g) and does not go into the question further. However, it also precludes the question of whether such price controls amount to a reasonable restriction on the private hospital’s right since it concludes that the notification was not an executive instruction having the force of law, as the legislative field under Entry 6, List II had already been occupied by MESMA and the Bombay Nursing Homes Act. The correctness of the argument aside, by not going into this question, the Court leaves many questions unanswered which may gain prominence in any effort to regulate private healthcare establishments. First, what is the scope of a private hospital’s right to charge unfettered rates for healthcare treatment? Does the right to freedom of trade need to be balanced with regulation pursuant to the right to health? Second, whether pricing restrictions can be imposed through executive action or do they necessarily need a legislative route due to their impact on the right to freedom of trade or private hospitals?

The High Court’s handling of constitutional questions in Hospitals Association leaves much to be desired. On one hand, the Court’s conclusion that States have no legislative competence to regulate prices for healthcare treatment may have far-reaching implications for any State Government’s ability to regulate the private healthcare sector; a demand which has been gaining prominence in recent times. On the other, by adopting convoluted reasoning with regard to the State’s exercise of executive powers the Court failed to engage with significant issues regarding whether such restrictions could be imposed through executive powers or whether they necessarily need a legislative route. Moreover, what implications would such regulation have on private hospitals’ right to freedom of trade and the interplay of such a right with the broader right to health? We will have to await further judicial developments in this regard to resolve these issues.