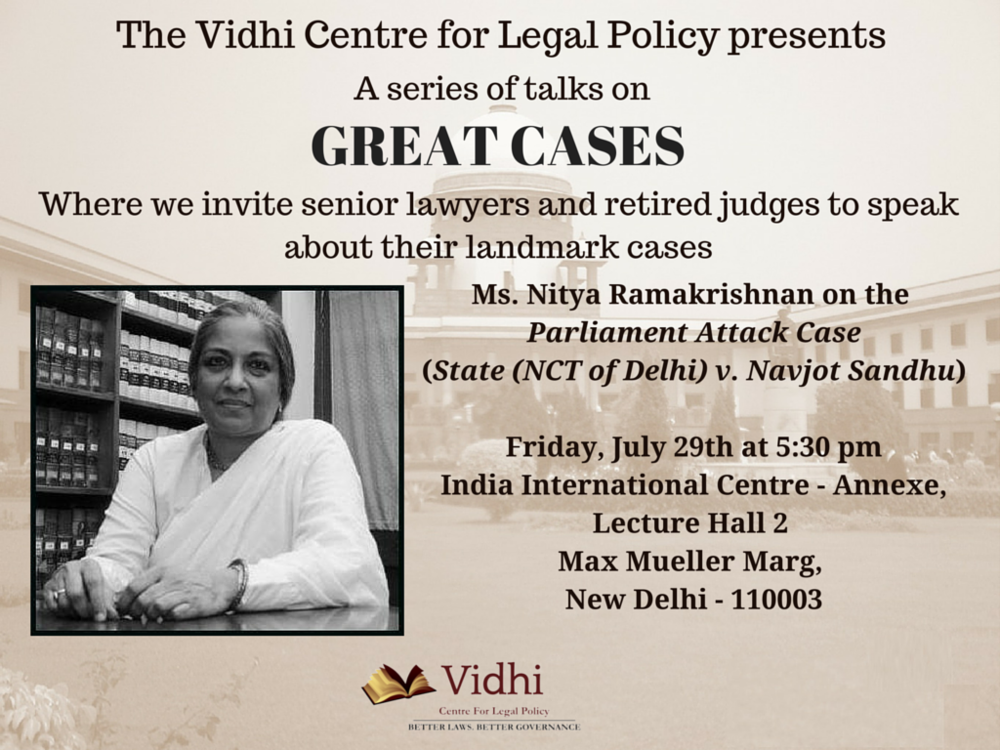 On the 29th of July, Vidhi continues its Great Cases series with a talk by Ms. Nitya Ramakrishnan, Senior Advocate, Supreme Court of India on the Parliament Attack Case (State (NCT of Delhi) v. Navjot Sandhu).

The genesis of the Parliament Attack Case lies in the terrorist attack on the Indian Parliament on December 13, 2001. In its judgment in 2005, the Supreme Court awarded death sentence to Mohd. Afzal. While one of his co-accused was convicted with imprisonment for 10 years, two others were acquitted by the Court. The judgment raised several important issues pertaining to criminal law and criminal procedure in a rule of law state. Ms. Ramakrishnan will share her insights on the nuances involved in criminal law matters as well as the compelling human rights concerns involved in such cases.

Ms. Ramakrishnan is a Senior Advocate in the Supreme Court of India. She is a distinguished human rights lawyer and has been a defense counsel in several prominent criminal trials, such as the Haren Pandya Murder Case and the 1993 Bombay serial bomb blasts case. She has also authored a book titled ‘In Custody: Law, Impunity and Prisoner Abuse in South Asia’ published by Sage Publications, India.