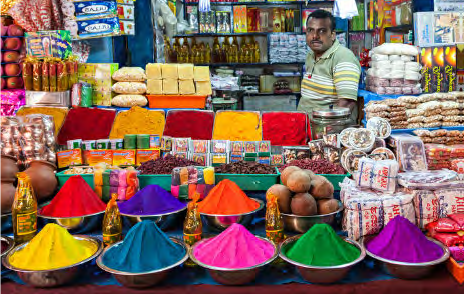 ‘The lockdown imposed in response to the COVID-19 pandemic proved to be a ‘triple whammy’ for micro, small and medium enterprises (MSMEs).’

Supply-related disruptions and a fall in both external and internal demand led to this blow. According to a survey conducted by the All India Manufacturers’ Association, the nation-wide lockdown had forced an estimated 35 per cent of MSMEs to shut down their operations. Anecdotal evidence indicates that a large number of MSMEs continue to face severe financial stress owing to the overall economic impact of the pandemic.

Smaller firms often have a high cost of credit, undiversified business structures, and depend on a very limited number of suppliers and consumers for their survival. These factors make them particularly vulnerable to failures in a downturn.

Moreover, their chances of revival are comparatively lower. A World Bank study states that, MSME debtors are more likely to be liquidated – during an insolvency proceeding – than be revived or restructured. This is because corporate insolvency processes are often too time-consuming, complex and expensive to be an effective mechanism for reviving smaller firms.

Yet, the MSME sector is one of the strongest drivers of economic growth and employment. As per the Annual Report of the Ministry of Micro, Small and Medium Enterprises (2020-21), the MSME sector provides for more than 11 crore jobs and contributes to more than 30 per cent of India’s Gross Domestic Product (GDP). Hence, it is vital that the insolvency resolution system be responsive to the needs of this sector and preserve the critical role it plays in employment generation.

Vidhi, given its long-standing work on the Insolvency and Bankruptcy Code, 2016 (‘Code’) from the very inception, suggested the introduction of a special framework for ensuring greater survival of MSMEs during an insolvency process.

Pre-empting the crisis – suggestions by Vidhi to ease the blow

Nine months ago, foreseeing the impending financial crisis for MSMEs, Vidhi proposed a simple anddebtor-friendly insolvency process for MSMEs. Sucha process would allow the existing management ofthe MSME debtor to continue to run its operationsduring the proceeding, instead of being displacedby a third-party insolvency professional as is thecase in a corporate insolvency resolution processunder the Code. The idea was introduced in Vidhi’s2020 Briefing book – Towards a Post-COVID India: 25Governance Challenges and Legal Reforms.

Additionally, in February 2020, Vidhi had released a report – Designing a Framework for Pre-Packaged Insolvency Resolution in India: Some Ideas for Reform – which suggested introducing a pre-packaged insolvency framework in India. Pre-packs are essentially hybrid insolvency processes, which combine the benefits of out-of-court workouts – often involving minimal costs and simple procedures – with the legal certainty of a formal insolvency process. The report had proposed that pre-packs be introduced to the Indian insolvency ecosystem in a phased manner, starting with MSMEs.

Vidhi presented its research to the Ministry of Corporate Affairs (MCA) in May, 2020. Later in the year, it was appointed to advise the MCA on designing the legal framework for pre-packs in India, which was recently introduced through the Insolvency and Bankruptcy (Amendment) Act, 2021.

The pre-pack scheme will facilitate quicker resolution, allow MSMEs to retain staff and continue operations during the process, be legally fair to all stakeholders, and provide a critical lifeline to India’s small businesses and their spirit of enterprise, which form the backbone of her economy, in a time of unprecedented disruption. In the long run, it can be potentially used for insolvency resolution of other corporate borrowers as well.

The research assistance provided by Vidhi for the new pre-packaged insolvency framework has been extremely useful to the Government. The impeccable research, subject-matter expertise, and sincere support offered by Vidhi was instrumental in designing an effective alternative for resolving the insolvency of MSMEs.

The pre-pack scheme introduced by the government will enable MSME corporate debtors to resolve their insolvency with minimum disruption to their operations. The framework adopts several features of prepacks, as conventionally understood, while also drawing heavily from the formal insolvency process under the Code to balance the rights of all stakeholders. We hope that this new regime will help in alleviating the financial condition of small businesses affected by the pandemic and preserve jobs. We consider ourselves fortunate to have contributed to this meaningful reform in such uncertain times.