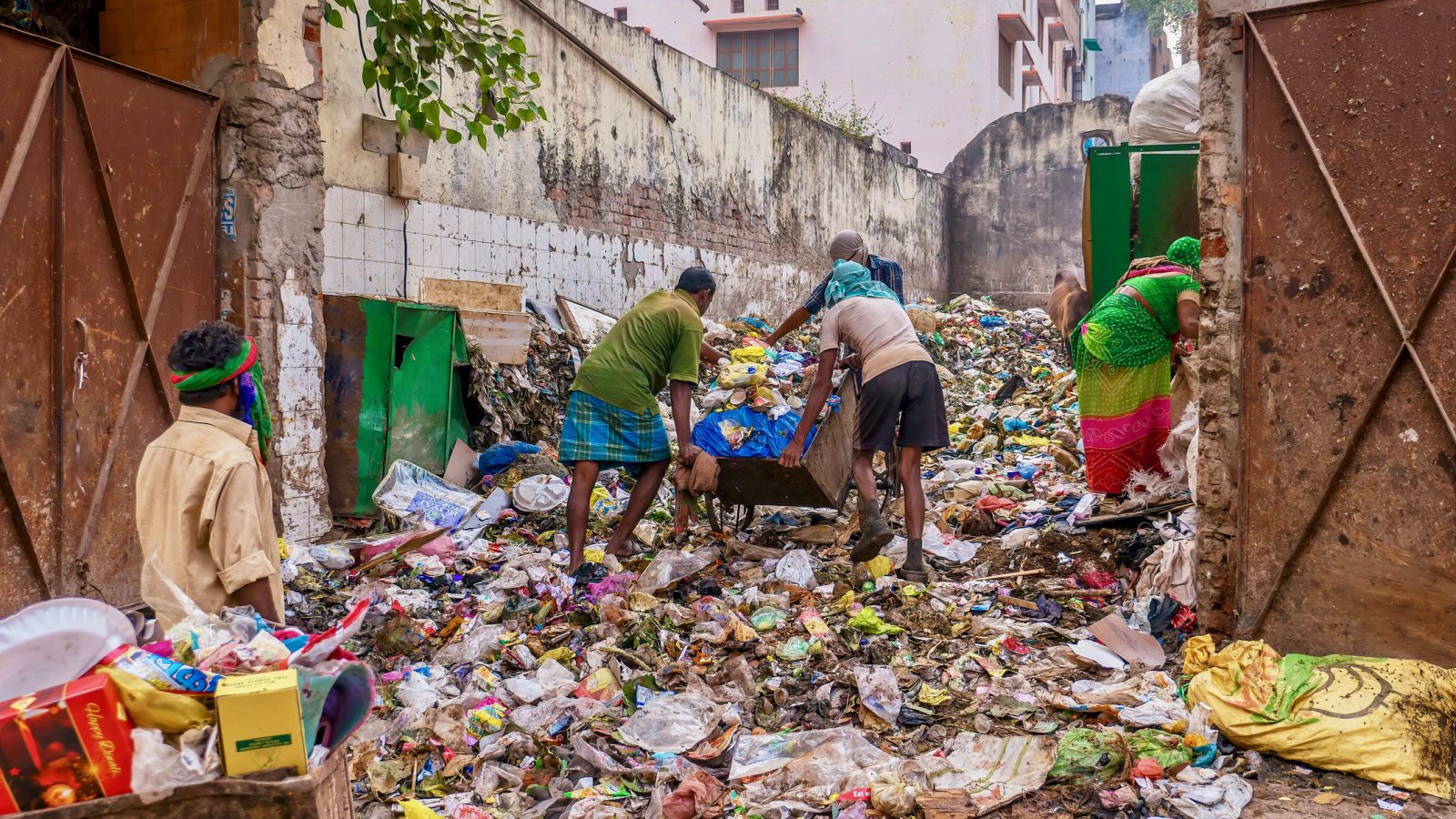 The Politics of Vaccination

India’s medical professionals have received admittedly deserved attention for their heroic deeds during the Coronavirus pandemic, and are rightly going to be some of the first persons in India to receive the COVID-19 vaccinations. However, another category of workers who have also been putting their bodies on the line to enable India to contain and combat COVID-19 are its lakhs of solid waste management workers. The pandemic has increased the amount of hazardous and highly contaminated biomedical waste exponentially. India’s waste workers have had to collect, sort and dispose of this waste with vastly inadequate protective gear.

While the work of India’s waste workers continued unabated regardless of containment zones and lockdowns, it is dismaying to see that they find no mention as vaccination recipients in the ‘COVID19 Vaccination Guidelines’ recently released by the Ministry of Health and Family Welfare of India.

Biomedical waste and the lack of PPE

This inclusion occurred only post the National Green Tribunal’s decision in In re: Scientific Disposal of Bio-Medical Waste arising out of Covid-19 treatment- Compliance of BMWM Rules 2016 when the Central Pollution Control Board revised its CPCB Guidelines (Revision 3) for disposal of COVID-19 Waste. The Guidelines now include that biomedical waste generated in households needs to be disposed of in the same manner as biomedical waste generated in hospitals. Revised guidelines also provide for appropriate protective gear to the waste management workers handling such wastes.

While on paper India’s sanitation workers are entitled to personalised protective gear under the Solid Waste Management Rules, 2019 under Rule15 (zd), the reality is far less rosy. Millions of India’s waste management workers work every single day without protective equipment. Now that regular household waste has turned into deadly biomedical waste due to the corona virus, hundreds if not thousands of India’s solid waste management workers are already infected.

A strategy adopted by various state governments to isolate Covid positive patients has been the creation of ‘Containment Zones’. These are essentially areas under lockdown, where movement of persons is restricted, as one or more of the residents of the area has been identified as being Covid positive. These zones have risen exponentially as the spread of the virus has increased in India. For instance, while at the beginning of the  lock down imposed by the Karnataka government on June 7th, there were 52 containment zones, this number had risen exponentially to 38, 231 in August.

However, data from newspapers provides some insight into the missing numbers even though the statistics are neither exhaustive nor recent. For instance, in Bengaluru alone, 816 sanitation workers including sanitation workers, supervisors, drivers and helpers involved in solid waste management had tested positive for the coronavirus by 20th August, 2020.

The abject lack of overall data and apathy towards sanitation workers handling biomedical waste is a marker of how India is putting the lives of her most vulnerable and disenfranchised citizens on the line.

However, there are still some steps that can be taken to improve the situation.