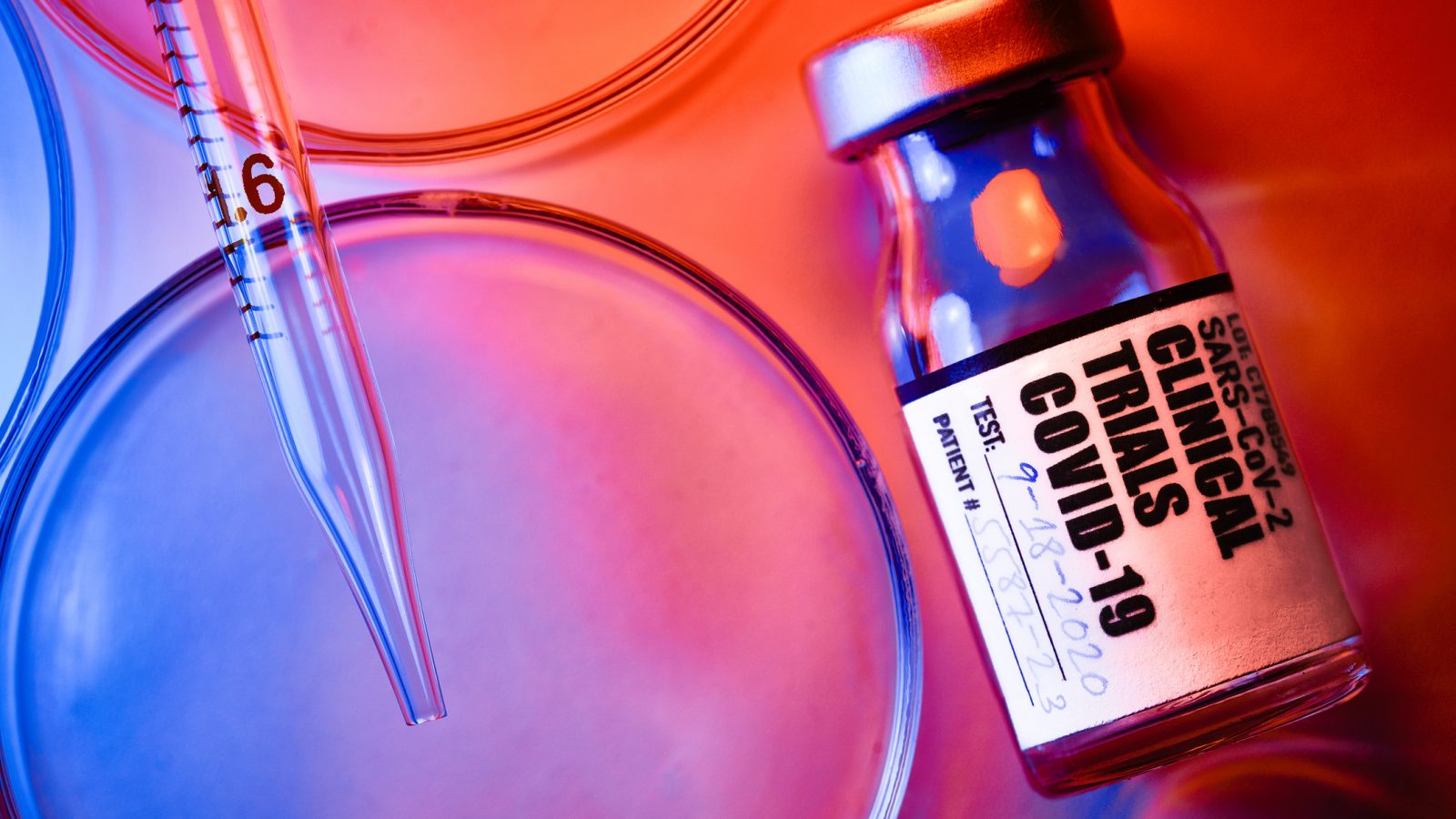 The Curious Case of COVISHIELD and COVAXIN Approvals

Unpacking the regulatory framework for accelerated approvals of COVID-19 vaccines in India.

The year 2021 in India began with a flurry of events around the COVID-19 vaccine. The Indian government conducted dry runs for the vaccines, and two vaccines COVISHIELD (Oxford University) and COVAXIN (Bharat Biotech) were granted accelerated regulatory approval by the Central Drugs Standard Control Organisation (CDSCO). The process of granting these vaccines regulatory approval has been a subject of intense scrutiny. The grant of these approvals and the scrutiny involved in the process has been marred with several concerns as these vaccines are yet to complete Phase III clinical trials.

In this blog, we examine the regulatory underpinnings of the approvals granted to COVISHIELD and COVAXIN and attempt to shed light on the existing legal framework dealing with approval of drugs for emergency use. On the basis of the information currently available in the public domain, the current grant of approvals seems to be suffering from two major regulatory pitfalls – usage of undefined terms, and the lack of regulatory guidance on post-approval processes and usage of the vaccine.

To understand the nature of the two approvals granted, it is important to understand the terms ‘restricted emergency use’ and ‘use in clinical trial mode’, which do not so far have any clear legal interpretation. Ironically, these terms do not find any mention at all in the Drugs and Cosmetics Act, 1940 (D&C Act), the Drugs and Cosmetics Rules, 1945 or the latest New Drugs and Clinical Trials Rules, 2019 (NDCT Rules) in the context of new drug approval. The grant of vaccine approvals caveated with scientific terms that do not find their place in the regulatory framework makes it difficult for observers to interpret the safety and efficacy of the vaccine.

Apart from adversely affecting the perceptions of the vaccine itself, the lack of regulatory grounding of these terms raises doubts over the standard of scrutiny these vaccines will face post approval, and the capacity to enforce such standards. The term ‘use in clinical trial mode’ is especially fraught with uncertainty, as ensuring the capacities to monitor and surveil the effects of COVAXIN in a large population is likely to be challenging.

When and how may accelerated approvals be granted?

Government notification defers certain provisions under NDCT Rules 2019 to expedite COVID-19 vaccine approvals – Section 26B of the 1940 D&C Act gives power to the Central government to regulate or restrict the manufacture, sale or distribution of a drug by means of a notification if it is satisfied that the “drug is essential to meet the requirements of an emergency arising due to epidemic or natural calamities and that in the public interest it is necessary or expedient so to do”.

In the current instance, the Central government used this provision to issue a notification for manufacturers to obtain permission to manufacture and stock the vaccine on successful completion of clinical trial, deferring the requirements under Rules 81 and 83 of the 2019 NDCT Rules. These Rules would have required the manufacturers of COVID-19 vaccine to obtain prior permissions from the Drug Controller General of India (DCGI – the effective head of the CDSCO) for conducting clinical trials and for manufacturing and stocking the vaccine – before conducting the trials.

While this notification gives some clarity about the regulatory steps taken to expedite the approval process for COVID-19 vaccine, the notification as well as the NDCT  Rules do not refer anywhere to ’emergency use authorisation’ or ‘restricted emergency use’ or ‘use in a clinical trial mode’.

NDCT Rules 2019 allow for accelerated approval based on Phase II clinical trial data but without clarity on nature of use post approval – There is only one relevant provision under the NDCT Rules under its Second Schedule, which allows for accelerated approval. It prescribes a mechanism for allowing “accelerated approval process to a new drug for a disease or condition, taking into account its severity, rarity, or prevalence and the availability or lack of alternative treatments, provided that there is a prima facie case of the product being of meaningful therapeutic benefit over the existing treatment.” Under this mechanism, “if the remarkable efficacy is observed with a defined dose in the Phase II clinical trial of investigational new drug for the unmet medical needs of serious and life threatening diseases in the country, it may be considered for grant of marketing approval by the Central Licencing Authority based on Phase II clinical trial data”. However, “additional post licensure studies may be required to be conducted after approval to generate the data on larger population to further verify and describe the clinical benefits, as per the protocol approved by the Central Licencing Authority.”

While this provision also gives clarity on the expedition of approval process, it does not throw any light on the nature of approval granted in such a situation and the conditions that will be applicable to the usage of such drug approved through accelerated process. This leaves a regulatory void, leaving this aspect to the discretion of the DCGI. This particular problem in the current situation is even compounded by the fact that the conditions (if any) spelled out by the DCGI are not accessible in the public domain yet.

Mechanism of applying ethical guidelines unlikely post approval – It can also be presumed that in such a case, regulators might have relied on the National Ethical Guidelines for Biomedical and Health Research involving Human Participants which lay down the mechanism for monitored emergency use of unregistered and experimental interventions (‘MEURI’) in case of an outbreak of an infectious disease. MEURI is to be allowed only after approval of the National Ethics Committee and has to be practised under the oversight of local ethics committees and after giving due importance to the consent process. However, given that the CDSCO has ‘approved’ these vaccines, it is not clear whether the safeguards under MEURI will apply, since such use is intended to apply only to unregistered interventions. In any case, from the minutes of the SEC meeting referred to above, none of these safeguards appear to have been prescribed.

Need for a clearer framework for emergency use authorisations

There is evidently a lack of regulatory clarity and specificity which has mired the process of vaccine approval for COVID-19. Such lack of clarity muddies the landscape, and raises questions on the safety and efficacy of the vaccine candidates themselves, especially when coupled with lack of transparency from CDSCO, the regulator. A better and a clearer regulatory environment would make the process of administration of vaccines less susceptible to suspicion and controversy, and may help make the vaccination programme more successful.

The regulatory framework in other countries such as the United States is fairly clear on emergency use authorisation of drugs, where the Federal Food, Drug, and Cosmetic Act and the Pandemic and All-Hazards Preparedness Reauthorization Act of 2013 grant authority to the Food and Drug Administration (FDA) to facilitate the availability of an unapproved drug during a declared state of emergency. The law itself highlights both pre and post aspects of such emergency approval, unlike India, where post-approval conditions are left to be decided at the discretion of the DCGI/ Central Licensing Authority.

The 1940 D&C Act and the rules framed under it have been found wanting in their ability to keep up with modern times in disease and drug development. Even though new rules were framed in 2019 to govern new drugs and clinical trials, they have not proved adequate in coping with challenges posed by the current pandemic. Given the insufficiency of this regulatory framework, it becomes all the more important for the drug regulator to explain and make available the reasons for its decisions in order to inspire public confidence. Regulatory bodies need to be mindful of the fact that in emergency situations like this, accelerated response is not enough unless it is backed by proper reasoning and conditions for restricted usage until sufficient clinical evidence is achieved on the safety and efficacy of vaccines.

The authors would like to thank Rajashri Seal for their research inputs. They are also grateful for the insightful editorial advise provided by Dr Dhvani Mehta.