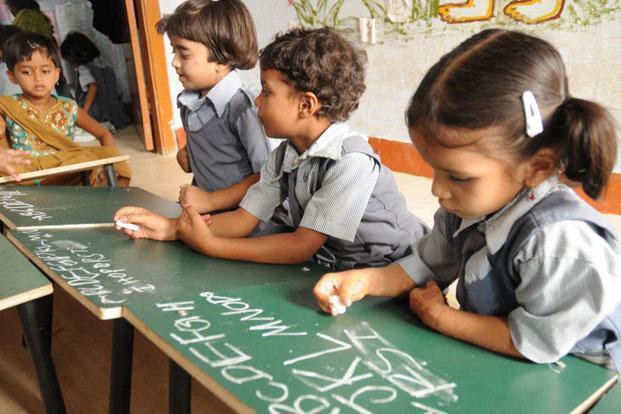 Across India, most children from pre-primary to grade eight have not attended school since the country went under lockdown in March 2020. Even though all states have reopened schools recently, a number of studies conducted by NGOs across the country depict that there has been a large impact of school closures on the learning outcomes and socio-emotional growth of the children. However, most of these studies have provided evidence on the impact of the pandemic on the children enrolled in primary and secondary classes and there is minimal evidence on the impact of school closures on children enrolled in pre-primary classes despite the well established fact that Early Childhood Education (ECE) offers tremendous opportunities for physical growth and cognitive development of the children.

This article summarises the impact of the pandemic on primary and secondary school children from the studies undertaken by NGOs and emphasis on the need to pay attention to ECE, given its importance in the long term.

Children from disadvantaged families and vulnerable social groups have been the worst affected by the disruption caused by the pandemic since they have been the least able to access online education or get parental help in learning.

Learning Loss of the Children

One complete academic year has elapsed with little or no curricular learning for the children and studies have shown that the impact on the learning outcomes of the children has been very severe.

Such numbers point to the bigger picture that the foundational capabilities of the children need to be strengthened and it is high time to prioritise the learning of children at the pre-primary levels.

Impact on the Health and Nutrition of Children

The Supplementary Nutrition Programme (SNP) under Anganwadi Services (erstwhile Integrated Child Development Services – ICDS) and Mid-day Meal (MDM) are two large-scale programmes delivering food entitlements to children in India. However, with the closure of the Anganwadis and schools following the lockdown, both services have been disrupted.

In March 2020, the Supreme Court had directed States to take measures to provide nutritious food to children in lieu of this disruption but anecdotal evidence suggests a number of gaps and irregularities in the implementation.

The situation prior to the pandemic was already severe with only 50 percent rural and 21.4 percent urban children reporting that a free midday meal was provided by the institution (NSO, 2019).

In 2019, only 46 percent of pregnant and lactating women received Take Home Ration under SNP, against an enrolment rate of 78 per cent, while 17 percent children received a Hot-Cooked Meal, against 64 percent enrolment (PTI, 2019).

Such a situation prior to the pandemic and anecdotal evidence during the pandemic suggests that school closures have had a dire impact on the health and nutrition of children since the meals provided are the most viable option available for most of them across the country. The overall impact can be assumed to be more widespread, taking into account the number of job losses for the middle class as well.

All of this points to the need for getting a clearer picture of what happened to early childhood education during the pandemic. As mentioned earlier, there is very limited evidence of this in India – a Centre for Policy Research study interviewing anganwadi workers in the first five months of the pandemic stated that 50% had reported delivery of ECE was taking place at a lower scale and frequency compared to prior to the pandemic.

It is, therefore, high time that we prioritise ECE and think about how we can provide high quality access to children so that their cognitive, socio-emotional skills and foundational learning are not disrupted like this ever again in future.