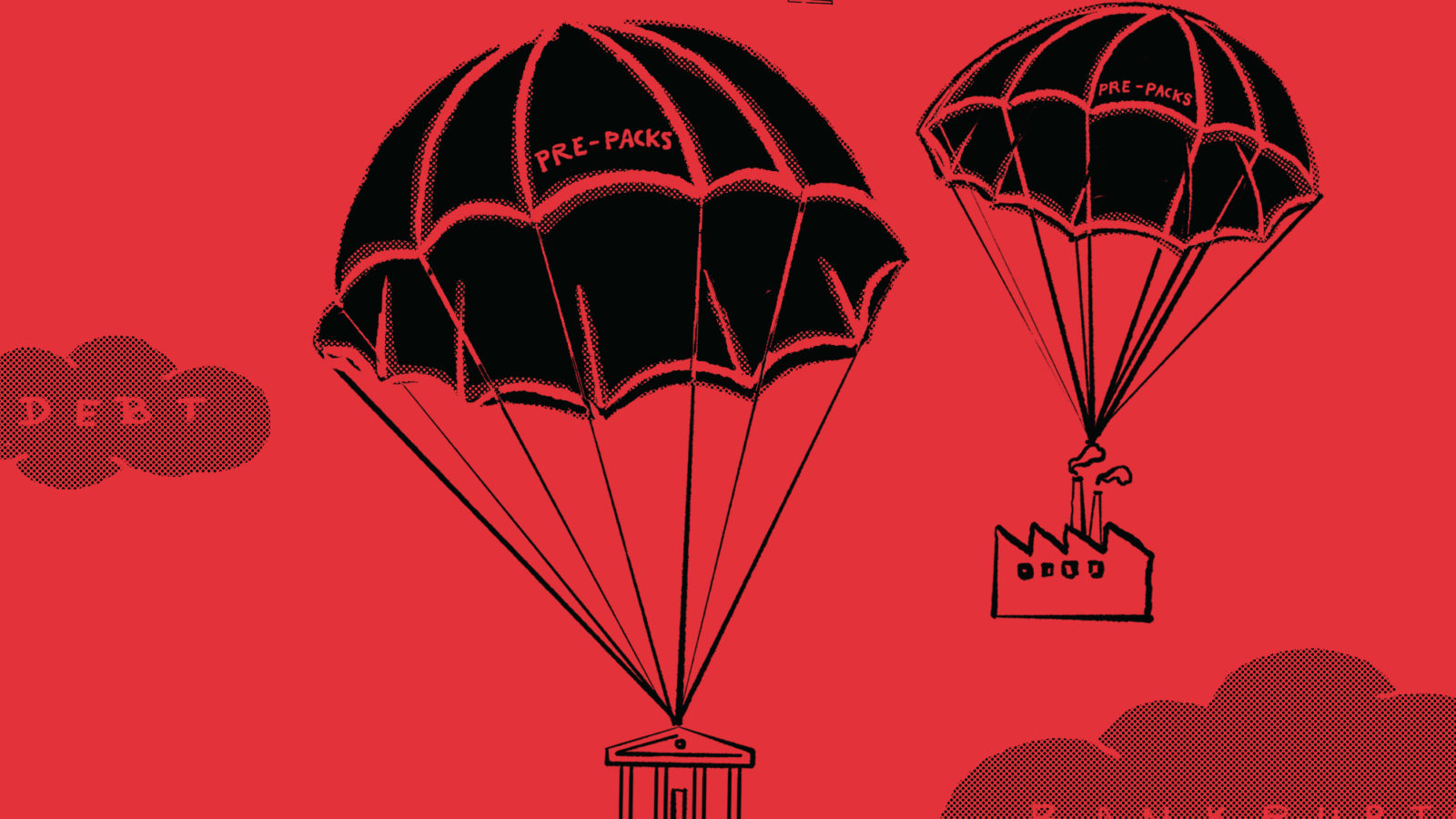 Pre-packs can enable mutually-agreed upon resolutions during the crisis

In the wake of the Covid-19 pandemic and the national lockdown imposed on March 25, 2020, several businesses are facing financial hardships owing to disruptions in business operations, possible breaks in supply chains and an overall slump in consumer demand. Such disruptions are likely to continue in the near term. As a result, firms are less likely to be in a position to generate adequate revenues to honour their existing debt obligations.

Inability to repay a debt can trigger insolvency proceedings. Under the Insolvency and Bankruptcy Code, 2016 (“Code”), which guides these proceedings, a creditor is permitted to initiate a corporate insolvency resolution process (“CIRP”) against a debtor at any time after the debtor has committed a default. Ordinarily, the threat of initiating insolvency proceedings against defaulting debtors can be used effectively by creditors to force debtors to either settle their dues or participate in negotiations to restructure their debts. However, in the event of a macro-economic stress, such as the one being caused by the ongoing pandemic, this threat may not be as effective and creditors may be forced to trigger insolvency proceedings against firms en masse. This would either lead to premature liquidation of viable businesses or force creditors to take large haircuts by agreeing to resolutions at highly discounted rates.

To prevent such a grim outcome, the Government has decided to raise the minimum amount of default required for initiating CIRP from Rs one lakh to Rs one crore. The Government is also considering suspending the initiation of CIRP for a period of six months to a year.

However, the suspension of insolvency proceedings could close the door on potential resolutions that are mutually agreed upon by both a debtor and its creditors.

This blog proposes the introduction of a pre-packaged insolvency resolution process (‘pre-pack’) under the Code to ensure that such resolutions take place effectively, particularly during and after the Covid-19 pandemic. Vidhi’s recent report ‘Designing a Framework for Pre-Packaged Insolvency Resolution in India: Some Ideas for Reform’ also builds a case for their introduction.

A pre-pack is a hybrid process that can provide statutory recognition to the outcome of a consensual resolution process. They are essentially flexible processes that encourage a debtor and its creditors to mutually resolve insolvency, while operating within the fold of the insolvency law. Unlike a purely private workout, the outcome of a pre-packaged resolution would need to be approved by the court, prior to its implementation. Often, a large part of a pre-pack process remains confidential to prevent business disruptions caused by the stigma associated with a public acknowledgement of insolvency.

Need for pre-packs during the Covid-19 pandemic

As mentioned above, while the measures being contemplated by the government, such as suspending initiation of CIRP for a certain time period, could provide respite to certain enterprises, it might not be beneficial in all cases.

Currently, there is a degree of uncertainty regarding the extent to which the outcomes of private workouts between a debtor and its creditors can be enforced in the long term: as they are not scrutinised and approved by a court upfront, a privately restructured agreement can later be challenged before a court of law by a party who may no longer be willing to fulfil its obligations in the future. This lack of certainty often acts as an impediment for creditors to meaningfully participate in the process.

By introducing pre-packs, statutory sanction can be provided to the negotiation process mutually undertaken by parties. As the court will approve the final outcome of a pre-pack process, it will binding on all stakeholders and will not be under the threat of subsequent challenges. The debtor would also face direct liquidation if it fails to implement its restructured obligations.

Thus, alongside a restriction on initiation of CIRP, introduction of pre-packs could help in providing relief to distressed businesses during the pandemic.

Other advantages of introducing pre-packs

Helping debtors get access to capital: A debtor that has already a high level of debt and is unable to repay its existing dues would find it difficult to find new lenders to provide additional finance to run its operations. To overcome this, the Code provides the highest priority of repayment to any ‘interim finance’ that is availed during a CIRP. As a pre-pack is a quasi-legal proceeding, the provision of interim finance can be made available to it as well in order to facilitate a pre-packaged resolution of insolvency.

Allowing parties to initiate negotiations at an early stage of distress: Unlike a CIRP, the management of the debtor, who would be the first to recognise the symptoms of an impending distress, can engage with its creditors at an early stage, without having to wait for an actual event of default. An early intervention can be crucial in turning around a business, especially during a downturn.

Avoiding larger economic problems: At a time when recourse to CIRP is likely to be restricted for a long period, introducing a framework for pre-packs can be a useful backstop for ensuring cost-effective resolutions during the crisis and avoiding a legal vacuum that might expose the economy to much graver problems.

Vidhi’s report further details how a framework for pre-packs can be implemented in India.