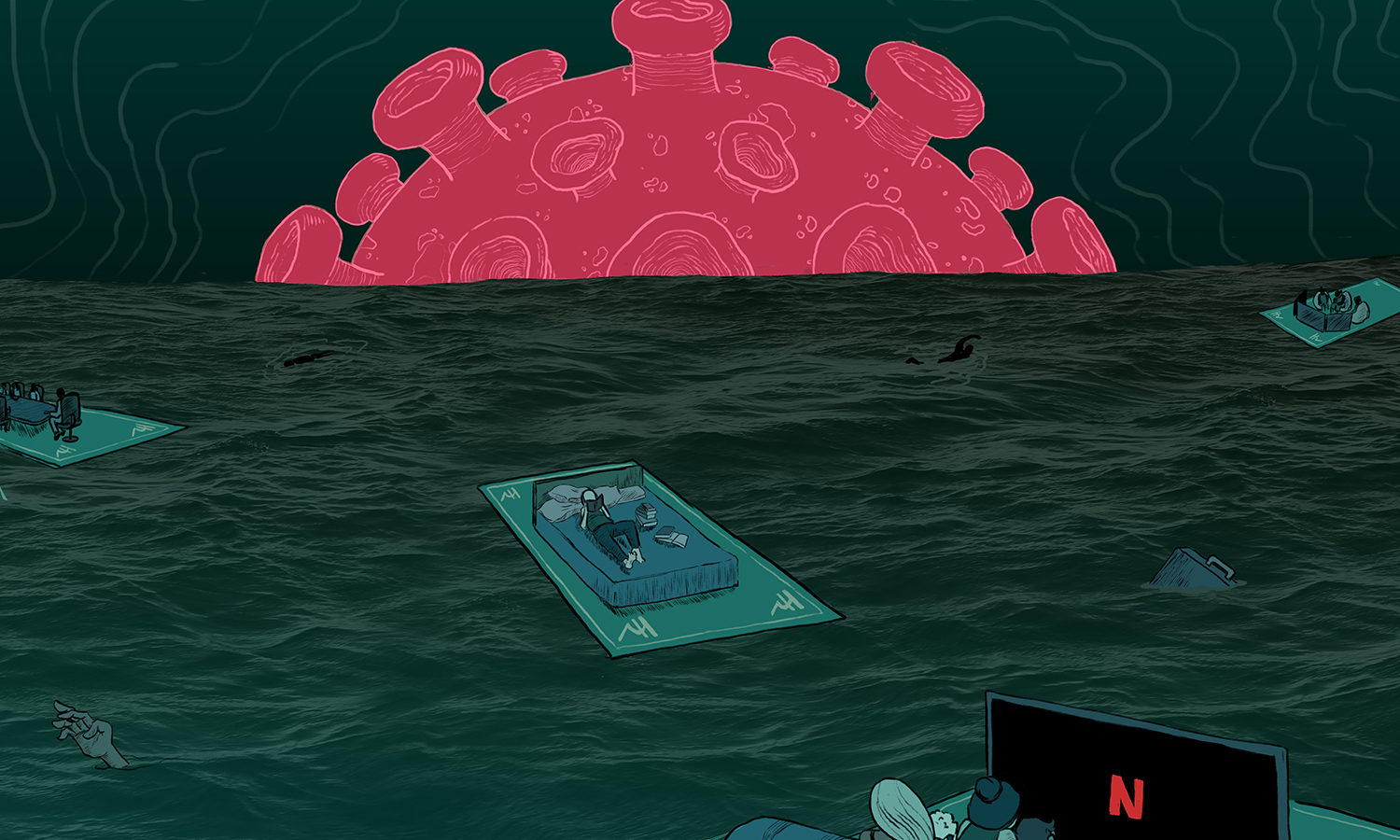 Making the ‘Right to Health’ a reality for the vulnerable

How will Adi (a comic for children developed by the government) ‘Wash Hands with Soap’ were he not granted access to clean water and sanitation? What if he were staying in a busy one-room household inhabited by nine people? What if he had no home to effectively practise ‘Social Distancing’ and to ‘Self-Isolate’? Does Adi have a ‘Right to Health’?

Could Adi make a case for the ‘Right to Water and Sanitation’ and the ‘Right to Adequate Housing’, in light of COVID-19 and his constitutionally guaranteed right to health?

These are important questions that need answers.

Human Rights are widely regarded as indivisible and interdependent. The indivisibility and interdependency of human rights comes to the fore (especially that of the rights to health, water, sanitation, and shelter) as we examine the rights of individuals and of communities to protect themselves from COVID-19.

Governments in India have sought to enforce ‘Social Distancing’ through Advisories, and Executive Orders. The World Health Organization has advised everyone to maintain social distance and wash hands with soap. Advisories by the Indian government have directed citizens to undertake various measures such as ‘Work from Home’, ‘Avoid Mass Gatherings’ etc. Different states such as Tamil Nadu, Maharashtra, and Delhi have invoked Section 144 of the Criminal Procedure Code to effectuate ‘lock-downs’ in large parts of the country, to enforce norms of ‘Social Distancing’.

The Prime Minister of India has been lauded for his attempt to mobilise citizens to follow a Janta Curfew (‘Voluntary Self Isolation’) on March 20, following which a national level lock down has been initiated on March 24. All these measures have been undertaken to suppress the spread of the virus and to allow people to protect themselves and their communities from the disease.

Interspersed amongst these developments are reports that reflect that everyone in the society is not equally placed to take the prescribed measures to protect themselves and their communities against the virus. Impoverished people such as those staying in slums, or the homeless are at a clear disadvantage.

‘Right to Health’ as an International Human Right

According to the Office of the United Nations High Commissioner for Human Rights, The Human Right to Health is inclusive of several factors. Amongst other factors, this right is inclusive of ‘safe drinking water and adequate sanitation’, ‘adequate nutrition and housing’ and ‘healthy working and environmental conditions’.

Article 12 of The International Covenant on Economic, Social and Cultural Rights (‘ICESCR’) states that for the full realisation of individuals’ right to health, state parties to the covenant will strive towards ‘the improvement of all aspects of environmental and industrial hygiene’ and ‘the prevention, treatment and control of epidemic, endemic, occupational and other diseases’.

The ICESCR General Comment No. 14: The Right to the Highest Attainable Standard of Health (Art. 12) recognises the fact that a Right to Health merely does not include a Right to Healthcare but also extends to ‘underlying determinants of health, such as access to safe and potable water and adequate sanitation, an adequate supply of safe food, nutrition and housing etc’.

India has ratified the ICESCR.The ICESCR lays down certain non-derogable, core obligations to the Right to Health, which will be discussed in the next section.

‘Right to Health’ in India

From ‘Right to Health’ flows the ‘Right to Prevent Disease’: The Courts in India have interpreted right to health as being an inclusive right. As this paper points out, the Supreme Court of India, through various cases, has widely interpreted the ‘Right to Health’ (under Article 21) to include “all the necessities of life such as adequate nutrition, clothing; clean drinking water and sanitation facilities; humane working conditions and health services; medical care professional obligation of doctors, both public and private to extend his services with due expertise for protecting life, to provide timely medical treatment to a person as legal and mandatory obligations of the state.”

In Mohd. Ahmed (Minor) vs Union of India, while upholding the ‘Right to Health’, the High Court of Delhi held that:

“Disease is a natural catastrophe that fells its victims unpredictably.  Health is a fundamental human right, which has as its prerequisites social justice and equality. It should be accessible to all. Healthcare access is the ability to obtain healthcare services such as prevention, diagnosis, treatment and management of diseases, illness, disorders, and other health-impacting conditions.”

Therefore, from a ‘Right to Health’, flows a ‘Right to Prevent Disease’. The Delhi High Court has reiterated that social justice and equality are prerequisites to a Right to Health. As observed earlier, for the average Joe, Adi, inequality plays a major hindrance in him accessing his ‘Right to Health’. In fact, for people like Adi and others, their lack of access to adequate housing, water and sanitation, is likely to make them more vulnerable to COVID-19.

Core obligations of the State to fulfil individuals’ ‘Right to Health’: In Mohd. Ahmed (Minor) vs Union of India Justice Manmohan recognises that “obligations under Article 21 are generally understood to be progressively realisable” but comments that “certain obligations are considered core and non-derogable irrespective of resource constraints.”

He highlights the General Comment No. 3 to the ICESCR which regards “access to basic shelter, housing and sanitation, and an adequate supply of safe and potable water” a core obligation arising from Article 12 of the ICESCR.

For the State to fulfil individuals’ Right to Health, it has an obligation to provide access to the core minimum of such a right, which include rights to underlying determinants of health such as water, sanitation, and housing.

Right to Water, Right to Sanitation and Right to Adequate Housing

It is important to note that the rights that form the core of the Right to Health have been recognised as Fundamental Rights in India, in their own right. For this, we may draw on the Bombay High Court Judgment Pani Haq Samittee versus Brihan Mumbai Municipal Corporation which advocates for access to water for those staying in informal and unauthorised settlements. While the Right to Water granted in this judgment is not an absolute right at par with residents in legal dwellings, it has nevertheless been articulated as a right.

Courts in India have also upheld the Right to Housing as a part of the Right to Life in Francis Coralie Mullin versus The Union of India and in Olga Tellis versus Bombay Municipal Corporation.

Similarly, the Right to Sanitation has been upheld in LK Koolwal v. State of Rajasthan and in Virender Gaur v. State of Haryana.

COVID-19 and the Right to Health

From the above examination, we would argue that an individual such as Adi may be able to argue for access to water, sanitation and adequate housing to protect himself and his community from COVID-19, were he to access the Courts. However, one must acknowledge that in the instance of an epidemic such as COVID-19, there may be a lack of time and facility to access courts to gain access to such rights. Therefore, in reality, his Right to Health may be robbed of its substance and meaning.

Apart from some initiatives from Kerala and Delhi Governments, no other states seem to have undertaken measures for ensuring rights of the homeless in this time. It is entirely up to the states at this juncture to ensure the Right to Health of such communities which are left vulnerable due to their precarity on the socio-economic ladder.

Is an overarching legislation a solution?

Poor living conditions and lack of nutrition have been linked in the past to outbreaks of other diseases such as encephalitis too. We must utilise this tragic historical moment of the COVID-19 pandemic to think about our public health infrastructure, and about systemic solutions, which guarantee the core components of the right to health and make our communities resilient in the face of public health emergencies.

We can also draw on various state-level acts and bills, which legislate upon the underlying determinants of the right to health. For instance, under the Assam Public Health Act, 2010, the Right to Health includes the ‘Right to Sanitation and Environmental Hygiene.’ A similar provision is also be found in the Rajasthan Right to Health Care Bill, 2019.

Taking guidance from previous attempts at legislating on ‘public health’ and the ‘right to health’, the State must draft a legislation which ensures state accountability for ensuring the core underlying determinants of right to health. Such a legislation/legislations should also include protocols on ensuring community preparedness in public health emergencies.

Whether such responsibility may lie with the Central Government or the State Governments may further be researched upon, though the role of the Centre may be necessary to effectuate coordination.

In absence of such a legislation, Adi may never be able to realise his Right to Health, during the COVID-19 epidemic or after it.