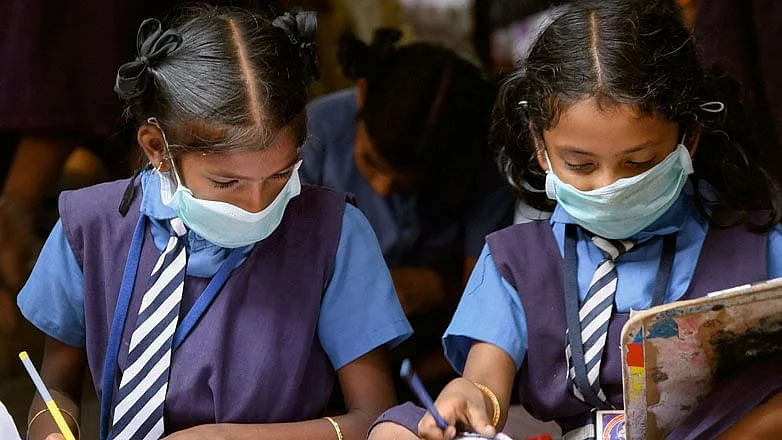 School closures, combined with the uncertainty caused by the pandemic, took a huge toll on the mental health of students across the world. In low-income and developing countries, in particular, additional factors affected the mental health of students. This primarily included not being able to continue with their education due to non-availability of resources caused by a dip in household-level incomes. Further, issues like losing contact with peers, not having access to playgrounds and other essential extracurricular activities, and spending most of the time in-house negatively impacted all children.

Although children of all age groups were adversely affected, certain groups were more vulnerable than others. These included female children; children from lower socioeconomic backgrounds such as daily-wage workers, migrants, or single parents; children with neuro-developmental disorders and mental illnesses; children staying at childcare institutions; and those living on the street.

Recently, the Ministry of Education with the help of the Manodarpan cell under the National Council for Educational Research and Training (NCERT) undertook a country-wide survey of students enrolled in Middle Stage (Grades VI-VIII) and Secondary Stage (Grades XI-XII) of schooling with the objective of identifying the mental health issues faced by them. This was a self-reported, voluntary, online survey and a total of 3,79,842 students from 28 states and 2 union territories participated in it.

As per the report released by the ministry, ‘Mental Health is a state of well-being in which a person is able to cope with the stresses of daily life, continue to be productive and contribute to their community. It is known to be more than just an absence of a disorder.’

With this definition, the survey focused on aspects known to contribute to the mental health and well-being of students, which included how they viewed their own selves; how they perceived themselves within their social context; satisfaction with their life situation(personal, school, and academics); emotions, fears and challenges experienced; and strategies adopted by children for coping and managing such emotions.

This blog analyses key findings from the study that need immediate attention.

Satisfaction with personal and school life

Research shows that life satisfaction is associated with positive educational outcomes; positive academic expectations; and less academic stress. With satisfaction, adaptability is also an important factor in students’ academic and personal development, including their motivation, engagement, achievement, and socio-emotional well-being. Overall, only 43 percent of students admitted to being able to adapt to changes, depicting how difficult it had been for them to handle new situations and manage relationships in a crisis context.

Communication skills and hesitation as a roadblock

The communication skills of a person are associated with their level of confidence and how they perceive themselves. Overall 28.4 percent of students were hesitant to ask questions when having difficulties in understanding a concept in the class and 23 percent of students faced difficulty in initiating conversations.

In terms of differences between the stage of schooling and the gender of the child, there was not much variation. It was also found that only 36 percent of the students believed that they could frequently solve challenging tasks as well as believed in their capacity to achieve any outcome.

Research suggests that the lack of confidence adversely affects the learning outcome of students, leading to feelings of insecurity, fearfulness, and anxiety.

Anxiety around studying, examinations and results

Overall, 81 percent of students expressed anxiety related to their studies, examinations, and results, with the incidence of anxiety increasing by approximately 10 per cent as students transitioned from the middle to the secondary stage.

In terms of gender, the differences were not stark but more girls reported having anxiety related to academics as compared to boys. It was also found that 45 percent of students were feeling tired and low on energy; 34 percent felt tearful; and 27 percent felt lonely 2-3 times a week. Students also reported that not receiving attention from their teachers was bothersome for them (37 percent).

Further, during the lockdown it was found that CHILDLINE (1098) reported a 50 percent increase in children reaching out to them for protection from abuse and violence. The increased violence and abuse at home during the lockdown is likely to have added to the anxiety experienced by students.

Overall, only 58 percent of the students reported having people with whom they could share and discuss their feelings. Gender-wise, the differences were marginal; however, as students moved from middle to the secondary stage, the incidence of having a confidante reduced.

Further, considering the fact that most children were trying to adapt to new online methods of teaching and learning, the need for support became even more crucial, yet, was largely lacking. In fact, 51 percent of students reported that they faced difficulty in online learning.

A few months ago, as part of a workshop, I got the chance to interact with school-going children in the age-group of 6-16 years from the states of Uttar Pradesh and Delhi. This was when schools had just started opening.

During these interactions, I learnt that most children found it very difficult to spend all their time at home due to varied reasons, many of which have been highlighted in the findings above. They were also worried about their future academic goals.

It is, thus, important that, going forward, we don’t just limit education to foundational literacy and numeracy with subject-based curriculums, but accept children as they are, observe their experiences and backgrounds, and address their age-appropriate nutritional, emotional and intellectual well-being as a whole.

At the same time, it is equally important to strengthen the overall educational system to ensure better child protection and provision of holistic mental health services, especially to those children who cannot access these easily.

This process of strengthening can be started with the help of teachers by orienting and sensitising them about the developmental characteristics of students across all stages. They can then effectively function as first level counselors for children. Along with this, there is a need to focus on and integrate emotional literacy in all aspects of a school’s functioning, including formal and informal activities, curriculum development, teaching-learning, evaluations, and more.

Aditya Narayan Rai is Research Fellow with the Education team. He completed his post-graduate degree in Public Policy and Governance from Azim Premji University, Bengaluru. Before joining Vidhi, he was working with the Grassroots Research and Advocacy Movement (GRAAM) for over a year and was the Research Associate and Project Holder for two academic research studies – ‘Impact Evaluation of PMKVY and CMKKY in selected districts of Karnataka’ and ‘Skill Gap Study in selected districts of Karnataka’. He has also worked with the Jharkhand State Livelihoods Promotion Society as a Young Professional, where he was primarily responsible for the implementation of Mahila Kisan Shashaktikaran Pariyojana in the Khunti district of the state. His area of interest includes Education, Livelihoods, and Governance. He also has a keen interest in Cricket and Lawn Tennis.