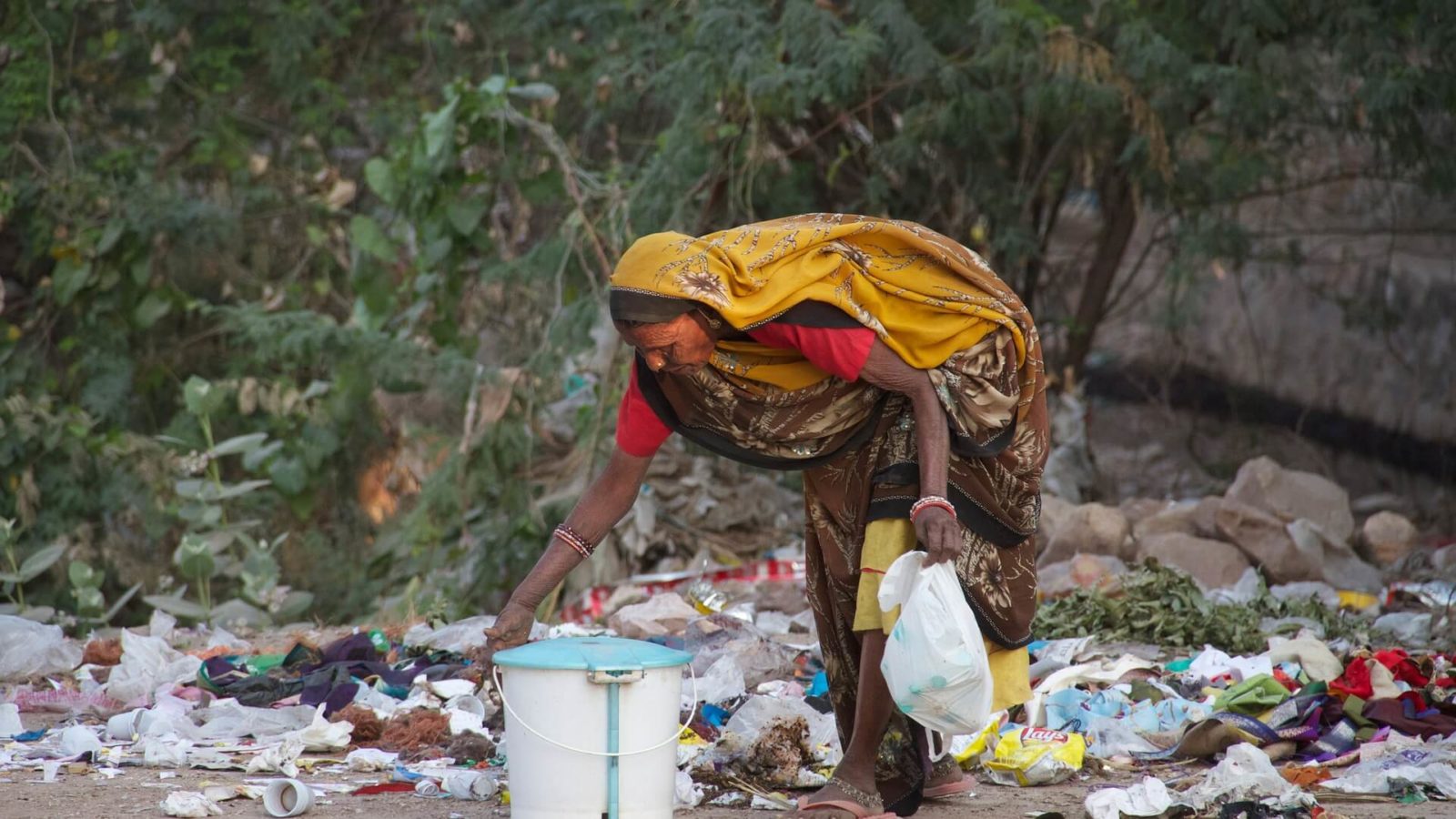 Summary: The Report proposes a protective legal framework for waste pickers in the state that recognizes their right to access, segregate and sell recyclable waste and ensures their formal integration into the local municipal bodies thereby providing them with formalized work.

Waste pickers recycle over 20% of the 150 million tons of waste that is produced in India every day, according to some estimates. In Bengaluru itself, waste pickers alone retrieve and recycle around 600 metric tons of waste daily, according to a 2013 study by a local Waste Picker Welfare Organisation, thereby saving the Bruhat Bengaluru Mahanagara Palike (BBMP), the city’s civic body, approximately Rs 49 crores. Waste pickers also contribute significantly to India’s solid waste management efforts by ensuring that recyclable material such as paper, metals, PET bottles does not end up in India’s already over flowing landfills.

Yet, waste pickers receive no benefits, legal protection or security from the state for their valuable services. Until the promulgation of the 2016 Solid Waste Management Rules, there was no direct acknowledgement of their contribution and even today, there is no single law that concretely recognises their profession. This non-recognition of one of India’s most efficient working assets and the stigma attached to waste picking as a profession has rendered them prey to discrimination, violence and harassment.

2. A focus group with waste pickers affiliated with Hasiru Dala, a waste picker organisation in Bengaluru, to understand their socio-economic conditions and concerns, with a questionnaire adopted from the Citizen Consumer and Civic Action Group (CAG), an NGO based in Chennai.

Violence: Waste pickers are often targeted and harassed by police and anti-social elements as they are perceived as vagrants and thieves.

Exclusion from health services: As a result of exposure to putrid and hazardous wastes in dump yards and landfills, waste pickers suffer from a myriad diseases such as skin ailments, musculoskeletal ailments, respiratory disorders, cuts and needle wounds. However, due to no-recognition, waste pickers are excluded from various government health schemes for insurance and subsidies that would have a positive effect on their health and well-being.

Discrimination: Studies have found that even after having lived, worked and contributed to the development of states for decades, migrant waste pickers are ineligible for Government schemes, which leads to difficulties in getting ration cards, electricity, water etc.

1. Acknowledgement of the rights of waste pickers to access, collect and sell waste in the state.

3. Mandatory provision of subsidised waste picking gear, including shoes with metal plated soles and toes, gloves made of sturdy material, protective masks to prevent respiratory diseases and sorting tools as the basic minimum through a public distribution systems.

4. Mandatory implementation of Extended Producer Responsibility (whereby the producers of the waste are made legally and financially responsible for recycling of their waste) as prescribed by the SWM rules where producers are required to for recycled goods, and the mandatory inclusion of waste pickers in the collection, sorting and selling of the waste thus collected.

5. Training and capacity building especially with regards to recycling of e-waste.

1. Inclusion of waste pickers in all social welfare and health schemes available to the marginalised and the impoverished in India.

2. Promoting use of Anganwadis amongst waste pickers for the health and well-being of children.

1. Creation of a Karnataka specific co-operative bank for all marginalised workers in India akin to the Brazilian Bank for Economic and Social Development.

2. Institution of a regular payment system that allows them to both collect remuneration for the services rendered and the right to sell the waste that they deem resalable.

3. Provision of subsidised insurance facilities to the waste pickers engaged in the running of Dry Waste Collection Centres in the state.

The Karnataka Government has since evinced interest in creating such a law. Vidhi Centre for Legal Policy has drafted and submitted the Waste Picker Welfare Rules, 2019 to the Government of Karnataka. The Draft Rules can be read here.