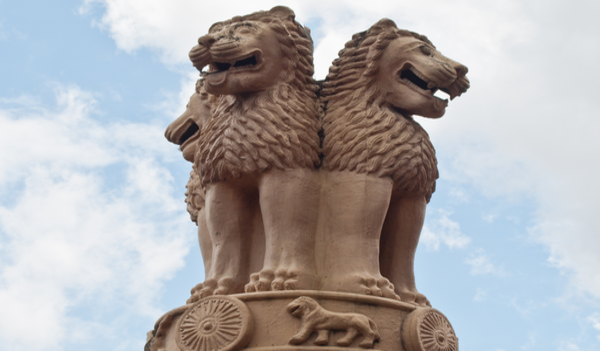 Summary: This report studies the tensions created by the extensive use of Article 282 to implement CSSs in the fiscal federal architecture of the Constitution, and recommends rethinking of Article 282 as a way forward.

A significant proportion of fiscal transfers to States from the Centre is taken up by Centrally Sponsored Schemes (CSSs). CSSs, designed and partially funded by the Central Government, are implemented by State Governments in accordance with the terms fixed by the Centre. According to the Budget Estimates for 2021-22, up to 23% of the total fiscal transfers to States are set to be through the route of CSSs.

CSSs have been implemented via Article 282 of the Constitution of India. Article 282 enables the Union (as well as the States) to make discretionary grants, even beyond their respective legislative competences, for any ‘public purpose’. Since the Constitution came into force, CSSs routed via Article 282 have proliferated, with many CSSs dominating subjects within States’ legislative competence. Over the years, concerns have emerged over the use of Article 282 as a means of authorising CSSs, which inhibit States from exercising policy priorities over subjects that are constitutionally within their legislative and executive domain.

Through analysing the use of CSSs in the area of public health (a State subject) as a starting point, this report dives deep into Article 282 and the development of the practice of intergovernmental transfers. The core of this research report is a study of the architecture of fiscal federalism in India through a constitutional and jurisprudential lens, with the aim of developing a reworked interpretation of Article 282.

Insights Into the Constitutional Framework

The federal architecture established by the Constitution bears several layers. The Seventh Schedule of the Constitution divides legislative domains between the Centre and States through three ‘Lists’:

The enumeration of entries in the lists of the Seventh Schedule was originally deemed necessary as a means to constitutionally safeguard the autonomy of the States. Further, Articles 73 and 162 divide the executive powers of the Union and the States in line with the legislative powers.

However, the manner of distribution of powers under the Seventh Schedule, rather inevitably, creates a fiscal gap between the Centre and the States, and a consequent vertical fiscal imbalance. The Constitution, under the Seventh Schedule, assigned greater revenue-raising powers to the Union, whereas much of the expenditure responsibilities, particularly those pertaining to welfare and development of the citizens, were assigned to the States. The Report of the Fifteenth Finance Commission notes that in 2018-19, the States had only 37.3% of the resources but were responsible for 62.4% of the expenditure that was incurred.

To address this vertical fiscal imbalance, the Constitution’s fiscal federal architecture allows multiple channels for the flow of funds from the Centre to the States. Predominantly, intergovernmental transfers are channelled through the following routes:

Article 282 and CSSs – The Source of Federal Tensions

The use of Article 282 to implement CSSs emerged as a source of tension for the fiscal federal architecture soon after the Constitution came into force. CSSs began to be conceptualised and implemented based on recommendations of the Planning Commission and the National Development Council, both institutions established by Cabinet Resolutions (and not the Constitution). After the dissolution of these two institutions, CSSs are made and effected by concerned Ministries of the Central Government (for example, the nodal Ministry for the National Health Mission is the Ministry of Health and Family Welfare).

CSSs, by their nature, are discretionary transfers made by the Union to the States, and routinely pertain to subjects within the State or Concurrent Lists. Effectively, via the instrument of CSSs, the Central Government can determine how and on what activities States are to spend their money. Resultantly, the autonomy which arises from the working of the List system is offset, to an extent, by the manner in which Article 282 is used.

There has been exactly one instance where the Supreme Court has ventured into the substantial question of the interpretation of Article 282. This was in Bhim Singh v. Union of India [(2010) 5 SCC 538] (‘Bhim Singh’), where the Court was dealing with a challenge to the constitutionality of the Members of Parliament Local Area Development Scheme (MPLADS), a Central Sector scheme (different from a CSS) under Article 282. Central Sector schemes are directly funded and executed by the Centre. In this case, the Court had the occasion to analyse the scheme of intergovernmental transfers created by Articles 275 and 282.

The Supreme Court held that Article 282 cannot be given a restrictive interpretation by reference to other Articles as it is not subject to any other provision of the Constitution. Significantly, the Court used the term “quasi-federal” to describe the nature of the Indian Constitution. Based on this characterisation and the language of Article 282, the Court held that both the Union and the State have the power to make grants for a purpose irrespective of their legislative competences, provided that the purpose is “public purpose” within the meaning of the Constitution. Given this judicial position, the use of Article 282 to effectuate CSSs is not per se unconstitutional.

Despite criticisms, CSSs continue to exist. One of the avowed aims of grants recommended by the Finance Commission under Article 275 is to address inter-State disparities. The Fifteenth Finance Commission has expressed concern over CSSs prevalent in health care and education which have the effect of offsetting the advantages of Article 275 grants.

In light of such concerns (surrounding CSSs), the report analyses the architecture of fiscal federalism in India and recommends a reworked interpretation of Article 282.  While there is a wealth of literature on the working of CSSs in the domain of public finance and economics, it has seldom been examined from a constitutional perspective. This report fills that gap by studying:

The analysis of Supreme Court judgments allows for an understanding of how ‘federalism’ can be used as a tool to interpret provisions of the Constitution. While the judgment in Bhim Singh is the current final word on this subject, there is a strong case to be made that CSSs significantly limit the fiscal autonomy of States, besides also upending the scheme of fiscal federalism established under the Constitution. On this basis, and against this larger context, this report rethinks Article 282 and considers its implications for CSS reform.

This report argues for an interpretation of Article 282 that upholds and promotes the federal principle, as opposed to the present position that has the practical effect of undermining it. Based on such interpretation, the report recommends that grants under Article 282 should only be made for special or temporary purposes, and this power should not be used in a manner that supplants the regular, appropriate channels of transfers under other constitutional provisions. This would mean reducing the number of CSSs overall, but it also has implications for CSS design, which should be reformed in a manner that enables flexibility and State innovation.

Effectively, a reworked interpretation of Article 282, as envisaged by this report, would constitutionally ground existing recommendations that call for rationalising as well as reforming CSSs in a manner which ensures that localised interests of States are adequately considered.