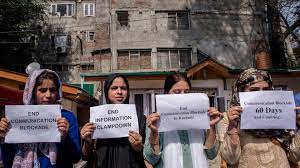 With Internet Shutdowns, India Is Violating a ‘Duty to Memory’

The shutdowns, aimed at quelling unrest, undercut the nation’s moral and ethical obligation to record history as it is

This opinion was published in Undark Magazine on July 16, 2021.

Go to Undark Magazine to read the Opinion

Sumeysh was a Senior Resident Fellow at Vidhi's Nyaaya. His research interests are primarily in areas of access to technology, information and rights in the digital space. He completed his BA.LLB (Hons.) from Symbiosis Law School, Pune in 2013. Subsequently, he went on to pursue an LLM, specializing in Human Rights from the same institute and successfully completed the same in 2014. He frequently writes on socio-legal issues in for media outlets such as the Hindu, Times of India, FirstPost, The Wire etc. Previously, Sumeysh worked as a researcher in the Centre for Social Justice, where his research work contributed to two PILs filed for secruing socio-economic rights of fishing communities. Before joining Vidhi, he was working as CEO of Nyayika, a non-profit start-up offering affordable legal services through law centres in Gujarat. Sumeysh is a certified master trainer, through a program conducted by BRAC University and South Asian Institute of Advanced Legal and Human Rights Studies 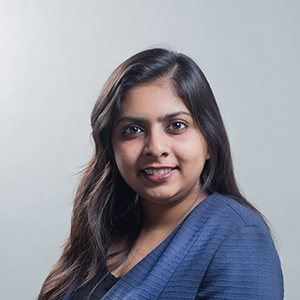 Shonottra is a Research Fellow with the Nyaaya initiative. She works in content creation and dissemination for the website. She also handles digital engagements with an aim to ensure Nyaaya's simple and actionable legal information promote access to justice. Shonottra graduated with an LL.B. degree from the University of Mumbai in 2015, and thereafter worked in litigation for a year mainly dealing with labour law, women’s rights and other related laws. She completed her LL.M. in International and Comparative Laws from Trinity College, Dublin in 2017. Soon after her LLM, with an aim to contribute to the social and development sector, she joined Nyaaya.