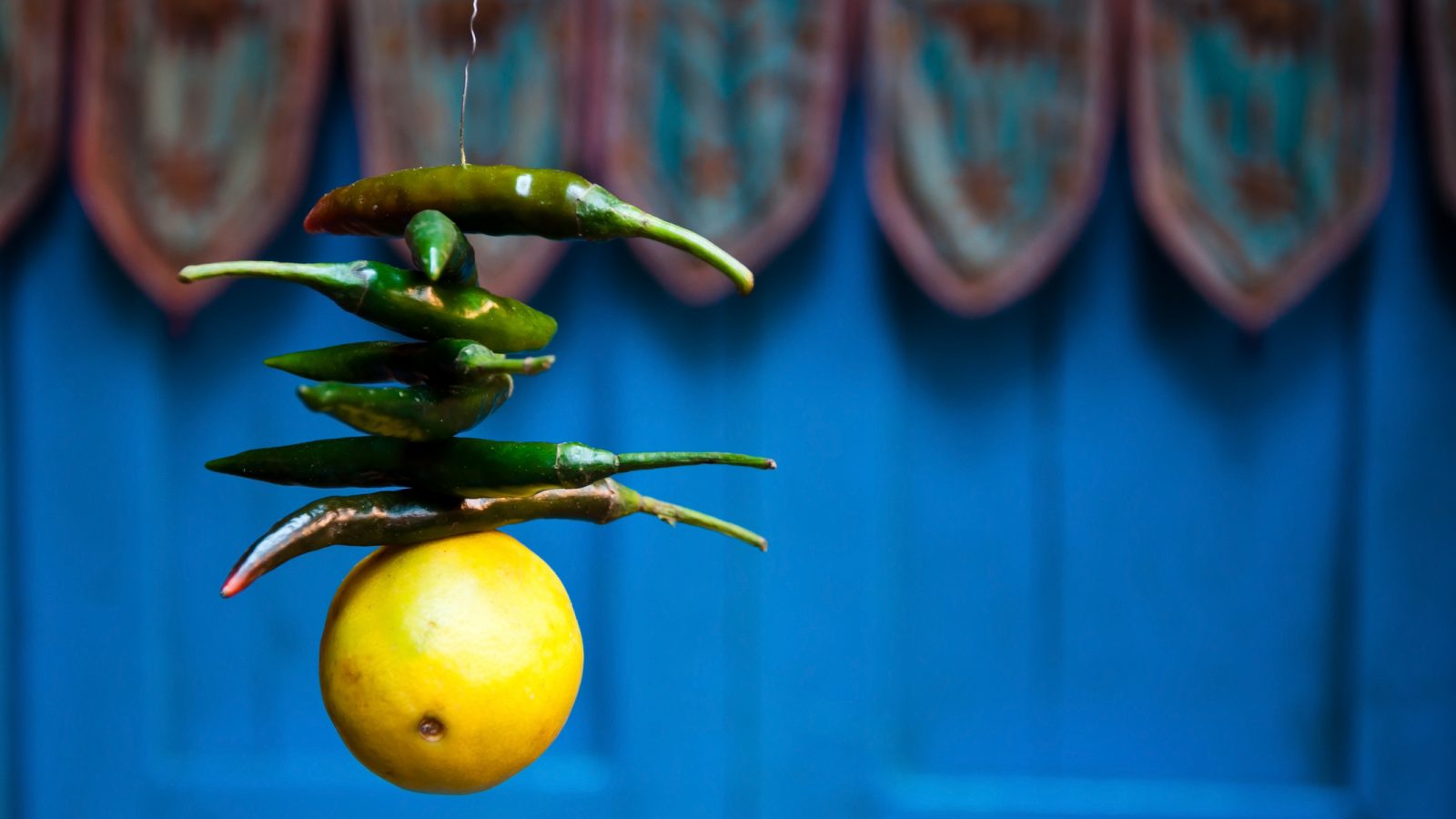 India’s multi-ethnic identity makes it a nation of many superstitions. On November 15, a newspaper story reported how police rescued four minor boys in Assam suspected to be sacrificed in a ritual. Further, the National Crime Record Bureau (NCRB) data for 2019 revealed an overall rise in witch-hunting cases, with Chhattisgarh witnessing 22-witch-hunt related deaths in the past year.

In yet another instance in Odisha, in August 2020, a woman was killed after being impaled with a Trisul or a trident, a divine symbol in Hindusim, during a medical treatment by a self-proclaimed supernatural doctor. As a result in this case – JituMurumu @ SukulMurmu&Anr. v. State of Odisha – the Odisha High Court observed that existing state laws were inadequate to address the issue and emphasised on the urgent need for a central law instead.

Witch-hunting and broader superstition related crimes violate basic fundamental rights guaranteed under Article 14, 15, and 21 of the Indian Constitution. Such acts also violate several provisions of various International legislations to which India is a signatory, such as the ‘Universal Declaration of Human Rights, 1948’, ‘International Covenant on Civil and Political Rights, 1966’, and ‘Convention on the Elimination of All Forms of Discrimination against Women, 1979’.

Yet, despite constitutionally guaranteed fundamental rights and provisions in international legislations, the reality on the ground remains starkly different. A primary reason for this is the lacunae that exist in the Indian Penal Code (IPC).

For instance, the IPC only takes cognisance of human sacrifice after a murder is committed, and the physical torture that alleged ‘witches’ are subjected to is categorised as merely ‘simple hurt’. The accompanying mental trauma is completely ignored. Victims, therefore, find it hard to get justice and often withdraw their complaints due to societal pressure – letting perpetrators off the hook.

Given this context, several Indian states have recognised the need for special anti-witch-hunt laws since 1999. Yet, only a few have enacted them and the ones that have are wanting in implementation. This blog analyses the existing state laws and builds the case for a central law that takes reasons for the failure of implementation of state laws into account. It argues that for a central legislation to be effective, it must be grounded in the larger socio-cultural context, with adequate restorative measures for victims.

Eight states in India have witch-hunting legislations so far. These include Bihar, Chattisgarh, Jharkhand, Odisha, Rajasthan, Assam, Maharashtra and Karnataka.

State laws prior to 2013: The ‘Bihar Law’ was the earliest but its punitive response is lax, attaching the severest punishment for practicing witch-curing and exorcism at one-year-imprisonment and fine. Jharkhand adopted the same law in 2001, Chhattisgarh in (2005) and Odisha in (2013) – these states showed marginal improvements while retaining the light-sentencing model.

State laws post 2013: However, the ‘Rajasthan Act‘ (2015) and ‘Assam Act‘ (2015) have much harsher sentencing, allocating seven and 10 years maximum sentencing, respectively, for a series of witch-hunt related crimes.

The Pre-2013 and Post-2013 laws vary not only in prescribing punishment but also in terms of understanding of the crime itself. This was an outcome of anti-superstition activist Narendra Dabholkar’s assassination in August 2013. His assassination led to the knee jerk enactment of the ‘Maharashtra Act’ (2013), which dictated harsher sentencing and expanded the criminal ambit of superstition to include witch-hunting as a subset. The change was what Dabholkar had advocated tirelessly for over 22 years. Studies have shown that the ‘Maharashtra laws’ marked a significant shift.

In early 2020, Karnataka too passed an anti-superstition statute modelled on the ‘Maharashtra Act.’

Harsher sentencing does not address the issue of non-implementation: Besides light sentencing in some of the states – for instance, women’s rights activists in Jharkhand have highlighted how because of inadequate punishment the land mafia continued to exploit tribal women – non-implementation remains a standard problem across all states.

Assam continues to witness low convictions despite its highly carceral law post-2013. Overcriminalisation and harsher sentencing, whether in rape laws or witch-hunting laws, have consistently failed to reduce crime.

Thus, the shift from a carceral to a restorative standing is the way forward, which puts the victim at the centre, not the crime. All state laws, including the Maharashtra laws, have failed to account for this significant lost piece.

In the Jitu Murmu case referenced above, the Orissa High Court observed that the inconsistency among various state-level witch-hunting and superstition laws was a raison d’etre for creating a central legislation. However, a central law must take into account the reasons for the failure of implementation of the state laws, and root its approach in the larger social context to be effective in practice on the ground.

The key reasons for non implementation of laws drafted with good intent are found in community-realities, the anti-superstition laws being no exception. For instance, when the police mediate secretive negotiations that render the victim helpless in several cases, it highlights the structural patriarchy and casteism that underline crimes of superstition. Findings have also suggested that disputes related to property-ownership, one of the more significant instruments of rebellion for women, remain core to the commission of such crimes. Further, in The Case for Reason, Dabholkar explains that the confinement of women by the “merchandisation of tradition” and their systemic malnutrition is harnessed by superstitions, which is a tool to ensure that women remain alienated from the power to rebel.

Therefore, a central legislation needs to differ from pre-existing state laws in the way it views the nature of the victim’s predicament. Understanding the centrality of property, for instance, and the forced removal of victims from their own homes means that provisions for housing and shelter homes, as provided for in the Assam law, accompanied by training workshops for employment generation are absolutely essential. Further, In Moyna Murumu v. State of WB, the Calcutta High Court directed State governments to formulate Comprehensive Victim Compensation Schemes under Section 357-A of the CrPC. A central legislation of the future must invariably compel such suggestion in every state in addition to existing victim compensation schemes.

The 2016 Bill related to witch-hunting: In 2016, Raghav Lakhanpal introduced The Prevention of Witch-Hunting Bill, 2016, which remains pending in the lower house. It provides for punishments ranging from three-months to life-imprisonment and a fine of Rs. 1000-50,000. Section-14 categorises witch-hunting as a cognizable, non-bailable, and non-compoundable offense. State governments are also encouraged to provide free medical assistance to victims of witch-hunting under Section-22 and the victims’ right to free legal aid is re-affirmed by Section-24.

While this Bill is largely satisfactory, the expansion of the its ambit towards regulating not just witch-hunting but a broader spectrum of superstition crimes is a possible way forward towards a central legislation.

In conclusion, centering the victim and understanding the narrative within which superstition crimes occur in India is indispensable to the formulation of a central law. And yet, the challenge is that this narrative is a continually developing one. The unfortunate reality is that cases of witch-hunting and human-sacrifices, more than anomalies, are part of systems of oppression that have been culturally and religiously legitimated for centuries. Hence, informed investigation into superstition crimes at the grassroots level and how laws interact with the everyday realities of rural India, as has been the case in the Maharashtra laws, must be a part of the process of formulating a central legislation.

Views are personal. The authors are students at theKautilya society at WB National University of Juridical Sciences, Kolkata – a student society set up by Vidhi.

Astha Madan Grover and Sushovan Patnaik are second year law students at the West Bengal National University of Juridical Sciences, Kolkata, and are members of the Kautilya Society at NUJS - a student initiative set up by Vidhi. They are deeply interested in the intersectionalities of law with gender, sexuality, caste and more fundamental Indian sociological realities.