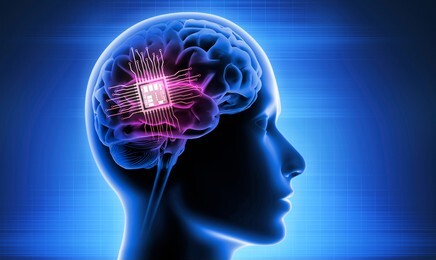 The Time is Now for a ‘Neuro-Rights’ Law in India

Controlling cognitive behaviour through neurotechnology is against the rights to privacy, self-determination & liberty

Recently, social media across the world was flooded with images of a monkey playing a video game through a chip in its brain. This was enabled by Brain-Machine Interfaces or BMIS that were used to create a direct communication pathway between the chip in the monkey’s brain and an external device.

Later this year, such technology shall also be experimented upon humans. With advances in the constantly growing field of neuroscience, designing hybrid humans with artificially enhanced mental abilities is now a real possibility. In fact, not so long ago, in an experiment on mice, scientists were able to manipulate neurochemical processes in order to change behavioural decisions. These rapid advances in the field of neuroscience beg the question: How do people protect their brains from being tampered with or controlled?

Growing leaps in neuroscience are increasingly accompanied by a fear that such technologies may be used to alter an individual’s thoughts, preferences, and interests. A safeguard against such misuse is found in the world of neuro-rights. Neuro-rights refer to the legal and ethical principles of freedom and entitlement related to an individual’s cerebral or mental domain. Neuro-rights laws present us with opportunities to regulate technologies like BMIs. For instance, Chile recently provided constitutional protection for neuro-rights. If we delay regulation until after neurotechnology becomes fully developed, then the features associated with neurotechnology might become too culturally entrenched to be altered.

To quote a parallel, while practically different from the question of neurotechnology, a warning of ‘what not to do’ when it comes to regulating technology is found in the rise of social media giants, which use powerful algorithms to collect sensitive information about us by examining our digital footprints. By the time the risks of such collection were brought to the forefront, it was already too late and the line between private and public information had already been blurred.

The case for neuro-rights legislation

Neuro-rights legislation demands clear boundaries and normative rules for protecting and preserving the human brain and mind. While there is no explicit Indian jurisprudence in this regard, sufficient legal backing can be drawn from the right to privacy judgment as laid down in K.S. Puttaswamy v. Union of India.

To better understand what is at stake, we must relate informational privacy to the right to self-determination under Article 21 of the Indian Constitution. The guarantee of individual self-determination is premised on the concept of protecting autonomous persons who possess free will. In essence, it can be viewed as the ethical component of human dignity, which is also inextricably linked to one’s privacy.

With the present BMI technology, neuroscientists cannot unambiguously discern an individual’s intentions from the electrical activity recorded in their brain. Thus, ‘brain signals’ are now being processed with the aid of Artificial Intelligence. Machine-learning software can also examine data through algorithms which cannot always be predicted and are often not easily comprehensible. Thus, a possibly unpredictable and unaccountable process is left at the interface between an individual’s thoughts and the technology that acts on their behalf.

Such algorithms are also capable of learning from previous data and can prompt users of BMIs to make decisions on the basis of their previous actions. While such technology has not yet been fully developed, inserting such devices into a person’s brain raises serious questions about the self-governing and subsequently autonomous, nature of their actions. Without the ability to make our own choices in the absence of external prompting, our privacy would be in peril.

Then there is the issue of cognitive enhancement of the brain, which ambitious entrepreneurs such as Elon Musk seek to achieve through BMIs. We now have, and increasingly will have tools designed by neurotechnology that can track and manipulate individual cognitive function. Freedom to make choices regarding one’s own cognitive functions is termed as ‘cognitive liberty’. Indian courts have time and again recognised freedom of thought as a constitutional guarantee. Such freedom of thought is also understood to embody within itself the concept of cognitive liberty.

The way forward: concerns and recommendations

One cause for concern is found in the observation that modern neuroscience can eventually facilitate evidence collection during criminal investigation in ways which blur the traditional boundaries between testimonial and physical evidence. For instance, suppose one is allowed to obtain a static brain image (physical evidence) from an accused. Using neuroimaging technology, it might be possible to derive such information from this image which threatens to enter the category of testimonial evidence, something the accused never consented to in the first place.

Research also shows that in the near future, BMIs could make it possible to extract private information about an individual’s memories, beliefs, etc. This extracted information could foreseeably be used to manipulate or harm individuals. For example, if human memories are successfully extracted and decoded, they could be allowed as neuro-evidence in courtrooms. This could then have serious implications for our right against self-incrimination enshrined under Article 20(3).

However, keeping the concepts of informational privacy and informational self-determination, as discussed above, in mind, mental privacy can also be interpreted to embody control over ‘neural data’ and information about one’s mental processes. Neural data can be viewed as a special kind of data which is intrinsically and intimately linked to the definition of our personality. Thus, what I am proposing is a legislation which protects neural data specifically.

Admittedly, such legislation would require the single most important thing we cannot afford to lose presently – time. Meanwhile, a temporary solution lies in the Personal Data Protection [PDP] Bill, 2019. After the Joint Parliamentary Committee released its much-awaited report on the Bill last month, the Bill is likely to be debated and passed in the Parliament’s upcoming Budget Session. Section 3(36) of this Bill defines sensitive personal data. A new category of ‘neural data’ could be added in this Bill. Another way to grant neural data protection under the PDP Bill could be through the route of Section 15, which allows the Central government to categorise personal data as ‘sensitive personal data’. Such categorisation must be done after consultation with the Data Protection Authority [DPA] and the concerned sectoral regulator, and must be in line with the factors laid down in Section 15 of the Bill.

However, it is important to note that as per Section 42 of the PDP Bill, the DPA should consist of experts in the fields of data protection, information technology, national security, etc. None of the persons that the Central government is mandated to consult with is required to possess a background in the field of neuroscience. Considering the highly technical and rapidly evolving nature of neural data, the lack of neuroscience experts could prove to be a hurdle to the realisation of its full-fledged protection under Section 15 of the Bill.

Thus, such a realisation can only fully be achieved through a separate legislation, which could be drafted after careful consideration with a body of experts. A permanent solution can only be found in such an exclusive legislation, which explicitly defines and affords protection to neural data. In addition to this, such a law must also seek to limit neuro-technology such as BMIs, which are capable of interfering with human cognitive functions. Autonomy of the mind demands independence and the complete elimination of any external manipulation. Access to such neuro-technologies must also be regulated, and the permissible purposes for which these can be developed should be clearly defined. Clear rules for the gathering and sharing of neural data need to be explicitly outlined as well.

The pace of developments in neurotechnology is only going to increase over time. In fact, the market for BMIs is set to double in the next half decade. However, a well-thought out precautionary legislative step in the right direction could shape its trajectory in a way that does not allow one’s rights to be compromised. India is in dire need of such a law, and our government must act before it’s too late.