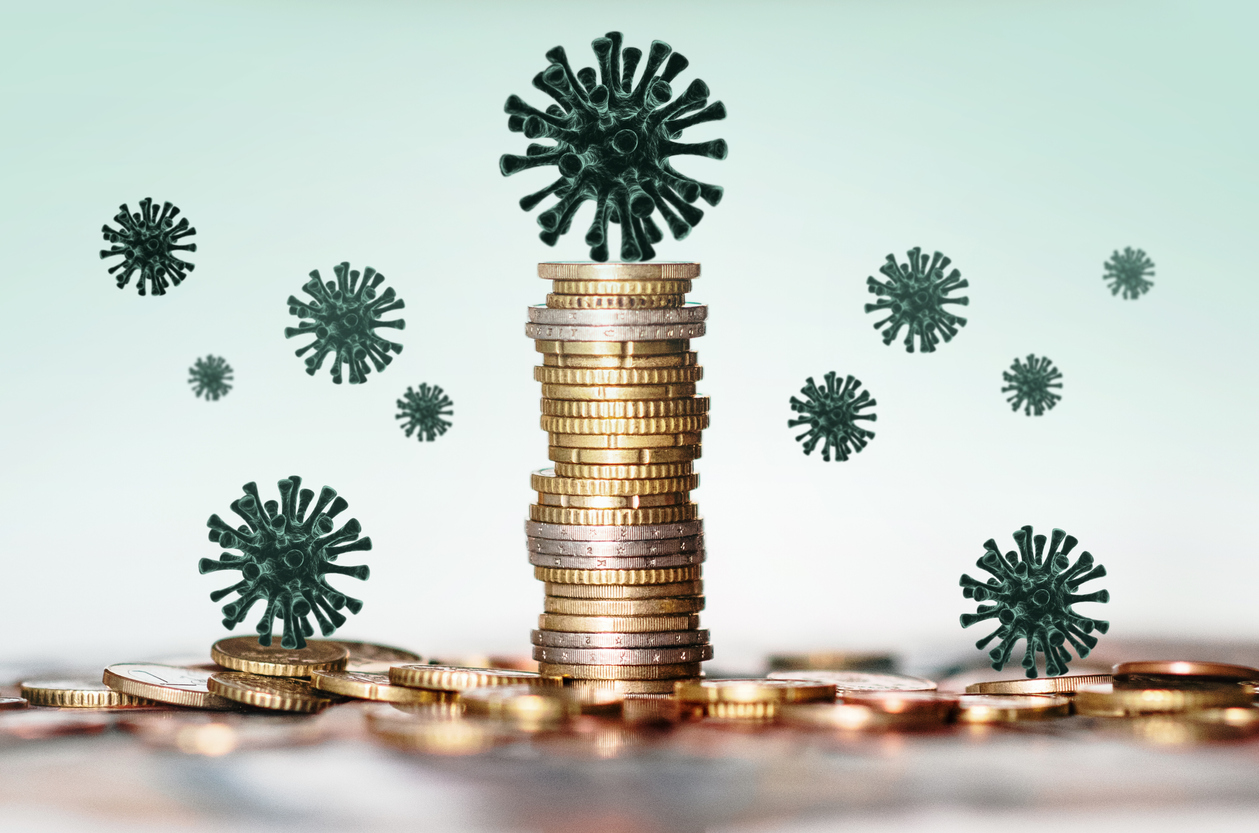 The Speculated Covid Cess or Surcharge is Anti-Stimulus and Unwarranted

A case for choosing alternate approaches

With the number of new cases of COVID-19 dipping sharply, a nation-wide vaccine roll-out and ease in restrictions, things are finally looking better for the Indian economy. 2020 has been a challenging year for governments across the world.

While taxpayers or rather citizens got the short end of the stick, the government too has not escaped the pandemic unscathed.

The collection made by the Central Board of Direct Taxes (‘CBDT’) also drastically dipped when compared to FY 2019-20. The CBDT stated that the fall in tax collection is on expected line and temporary in nature.

There are a host of expectations from the Finance Minister in the current budget. However, from the point of view of augmenting revenue for the government, there have been reports regarding the government’s plans of imposing a “covid cess”.

The government may introduce a coronavirus cess or a surcharge on individual taxpayers in the upcoming budget. This cess may be made applicable to higher income brackets to cover for the money spent on meals and other assistance to the poorest during coronavirus as well as the costs involved to vaccinate everyone in 2021 and further. Reports also suggest that it is likely that businesses may face this cess if not individuals.

In case of levy of cesses and surcharges, the Centre has the discretion to retain these sources of revenue as these monies do not compulsorily form part of the divisible pool to be shared with States. This is due to an exception in Article 270 of the Constitution. In effect, this means that States may not benefit from the special covid cess despite the expenditure borne by them.

Cesses are of two types – cess taxes and cess fees. Cess taxes have an earmarked purpose but do not give the contributor an entitlement to a quid pro quo benefit. On the other hand, cess fees have an earmarked purpose and entitle the payer to a direct reciprocal benefit. If a covid cess is imposed, it will most likely be in the form of a cess tax and not as a cess fee. Once credited to the Consolidated Fund of India, proceeds of a cess tax can be withdrawn only when the Parliament passes suitable appropriation legislation in view of Articles 266 and 283 of the Constitution.

Over the years, there have been various issues with cesses, some of which are explained below:

Discrepancies and lack of monitoring in funds utilisation: In 2015, the Comptroller and Auditor General (‘CAG’) of India in a report pointed out the discrepancies in utilisation of the proceeds of various cess taxes. For instance, the Research and Development Cess Act, 1986  provided for the levy and collection of a cess on all payments made for import of technology to encourage commercial application of indigenously developed technology and for adapting imported technology to wider domestic application and for matters connected therewith or incidental thereto. The CAG commented that while the collection of cess under the Act was substantial, the utilisation of the cess proceeds for the intended objectives was not optimum. Instead the cess proceeds were being partly utilised to finance the revenue deficit of the Government over the years. In the same report, the CAG also pointed out how the collection from the primary education cess of two per cent levied on all central taxes did not match the transfers to the designated Prarambhik Shiksha Kosh. The state of affairs in case of the  Secondary and Higher Education Cess (‘SHEC’) introduced in 2007 was appalling as neither a designated fund was created to monitor the deposit of proceeds of SHEC thereto nor were schemes identified on which the cess proceeds were to be spent.

In another report, the CAG explained how funds collected on account of Clean Energy Cess were not transferred to the earmarked fund in contravention of the prescribed accounting procedure. The said report also pointed out how cess collected on account of iron ore, limestone, dolomite and feature films during 2011-12 were not transferred in full to their earmarked funds.

Specific ‘purpose’ vague & generic: For a cess to be considered as having a specific purpose, certain specific lines of activity requiring investment and manner in which that amount can be spent on the project ought to be listed out. The earmarked purposes of cesses have, over the years, become vague and general. Lately, they have included purposes such as financing of national highways, basic education, clean energy, environment, infrastructure projects, etc. which are already within the responsibilities entrusted to the government in its discharge of general administration and are broad heads of expenditure rather than specific purposes. This makes special levies such as cesses difficult to justify and pave the way for misutilisation.

Public health a State subject but covid cess collected by Centre: Ordinarily, a cess should be levied by the Union Government for purposes that it is constitutionally responsible for fulfilling. The purpose of the covid cess is to cover for the money spent on meals and other assistance to the poorest during coronavirus as well as the costs involved to vaccinate everyone in 2021 and further. However, public health is a subject under the State List. Therefore, the Union Government imposing a covid cess and perhaps even retaining the same is absurd, given that public health is a responsibility of the States.

If Not a Cess, a Speculated Surcharge on Account of COVID-19

If not a covid cess, a surcharge is likely to be imposed in case of high-income earning persons. Surcharges have been frequently levied as an additional tax on taxpayers that are included in the highest income tax rate slabs.

The inclusion of a purpose is not necessary for surcharges. Further, the government is also not under any obligation to spend money for an identified purpose or share the same with the States. However, sometimes surcharges bear the name of a cess which are levies for specific purposes. For example, the Finance Act, 2016 introduced two surcharges called Pradhan Mantri Garib Kalyan Cess and Krishi Kalyan Cess. Hence, it is possible that the covid cess will be introduced as a surcharge. To exacerbate problems, there is no mandate that surcharges should be in force for a limited duration and typically in practice, surcharges have not been used as a temporary measure.

At a time when individuals and business are just about recovering from the economic losses sustained due to the pandemic, imposition of new levies is anti-stimulus. That said, there is also no mechanism to ensure that the proceeds from a cess or surcharge are actually spent on the purposes for which they were collected, as is seen from the issues shared above.

The Prime Minister’s Citizens Assistance and Relief in Emergency Situation (PM-CARES) Fund was created in March 2020 to deal with the emergency situation caused by the COVID-19 outbreak and provide relief to those affected. By March 2020 itself, PM-CARES Fund had a corpus of ₹3,076 crore.

The Press Information Bureau reported that the PM CARES Fund Trust has allocated ₹3100 Crore for the fight against COVID-19. Out of ₹3100 crore, approximately ₹2000 Cr. was to be earmarked for the purchase of ventilators, ₹1000 Cr. for care of migrant labourers and ₹100 Cr. was to be given to support vaccine development. Earlier this month, the Centre purchased 1.10 crore doses of Covishield vaccine from the Serum Institute of India. A “commitment” to buy another 4.50 crore doses by April 2021 was also made. The government is paying ₹200 per dose for the two-dose vaccine. Even if one is to disregard the opacity around PM-CARES, nothing justifies new levies if the PM-CARES fund has already accepted huge donations with the purpose of tackling the same problems that the cess/surcharge is meant to provide for.

Introducing levies in the form of cesses and surcharges only enables the Centre to retain such proceeds while keeping the same outside the reach of the State Governments. The Centre should refrain from supposedly temporary measures such as the covid cess or surcharge which are arbitrary and ineffective. The Centre should also refrain from imposing any new taxes. GST collections are already stabilising. A better approach would be to rationalise tax rates from a long-term perspective. The Centre should also examine ways to widen the tax base by plugging loopholes in the law, especially in areas of tax exemptions and concessional tax schemes including under GST. 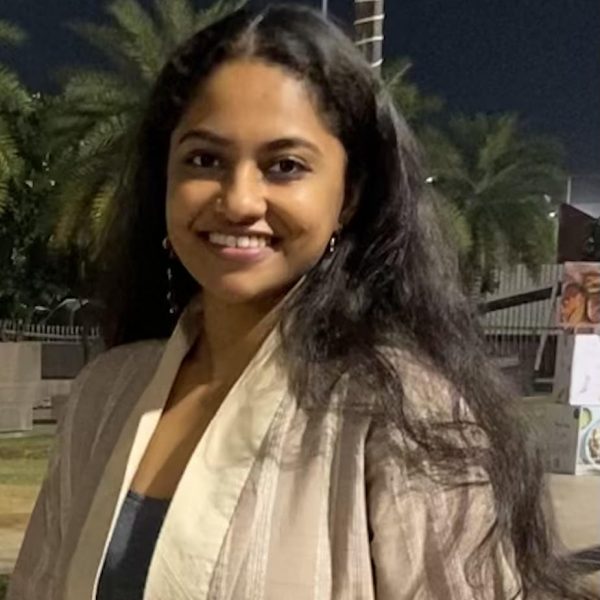 Yeesha is a Senior Resident Fellow at Vidhi, Maharashtra. At Vidhi, she has been involved in projects relating to digitalisation of assessment and dispute resolution under the Income-tax and Goods and Services Tax Law. She has also worked on topics like taxation of cryptocurrencies, wealth-tax and the interplay between tax and investment protection regimes. She qualified as a Chartered Accountant in 2016 and completed her LL.B from K.C. Law College, Mumbai in 2020. Before joining Vidhi, Yeesha worked in the Excise litigation team at Lakshmikumaran & Sridharan Attorneys, Mumbai. She has also worked as a GST Trainee with Economic Law Practices, Mumbai where she provided consultancy services to clients from the real estate sector focusing on their smooth transition from the erstwhile Indirect tax regime to the GST regime.