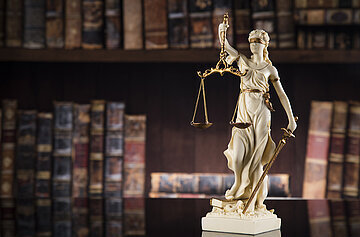 Cases pending before constitution benches: The need for transparency

Judgments pronounced by constitution benches (i.e. Supreme Court benches with five or more judges) have decidedly shaped Indian history in immeasurable ways. While much has been written about judgments which have been passed or are currently being argued, there is not enough literature about those which have been pending for years. Not only is there a lack of information about the specifics of these cases, there is no authoritative data on the number of cases pending before these benches either.

Information pertaining to these pending constitution benches is often erratically published, with only those cases relevant to news cycles often finding mention. To address this vacuum the JALDI (Justice, Access and Lowering Delays in India) Initiative at Vidhi has introduced the Constitution Bench Pendency Project. A publication of the project is  a  database on the JALDI portal that hopes to be an one-stop accessible resource, removed from legalese for an audience of law students, legal researchers, journalists and advocates looking for a bird’s-eye view of the pending cases.

The following sections explain the methodology followed to arrive at the database and the challenges faced along the way.

Data collection and cleaning: The challenges

The primary custodian of data on the cases pending before the Supreme Court including its constitution benches, is the Supreme Court itself. Unfortunately, however, data from the two different sources that record such pendency related statistics within its own website tell different and incomplete stories. These sources are:

On comparing data from these two sources, we found a drastic variance in the numbers. For instance, in January 2022, the monthly statistics identified that 272 five judge matters were pending, while the terminal cause list identified it to be 94. To remedy such dissonance and ensure a fixity in numbers, we filed an RTI application with the Supreme Court. The response received (‘RTI data’)  on 8 March, 2021 is the database used by the portal.

To study these cases, we went through ‘case details’ i.e. orders and the case status pages on the Supreme Court website.  While doing so, we found a few more aberrations between the case details and the RTI data, particularly with respect to connected matters. For instance,

Recognising that the RTI data set could be improved with inputs from the case details pages, the dataset was updated and modified. To keep the dataset updated, we also eliminated cases which had been disposed of till 1 January, 2022.

Resultantly, we found the following number of matters pending before the constitution benches:

Given the lack of comprehensive data across platforms including the High Court websites which hosted the orders which were appealed, even the process of summarising cases faced peculiar challenges. To provide a better idea of the limitations in the presentation of information on the portal, some of these challenges have been identified below:

We hope that the identified challenges help readers understand the methodological limitations of the research. We also hope that this project furthers the case of lack of availability of good judicial data and inches the needle forward to the goal of democratising legal information and making it more transparent. Eventually, we hope that some of the problems that we have identified in this post will be addressed to allow for more comprehensive research on the subject.