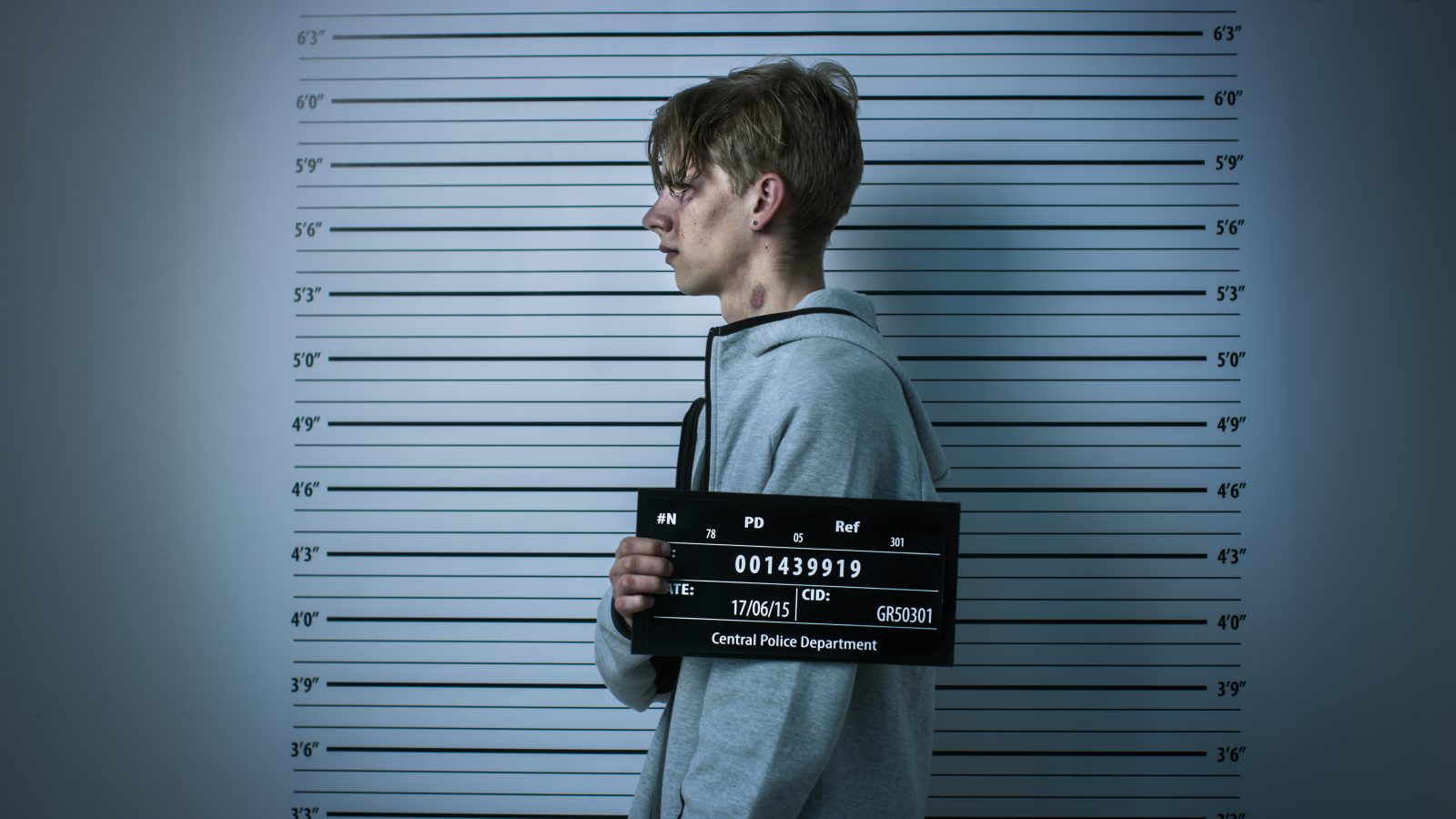 The Case for Borstal Schools in India

Providing an alternative approach to the punitive Juvenile Justice Act (2015)

India’s criminal justice system is in shambles. In particular, young offenders should not bear the brunt of such a dysfunctional system, especially when the law recognises that they merit a chance at reformation. This is distinct from the approach followed for adult offenders, which is retributive in nature and hinges on inflicting suffering on the wrongdoer. The law of the land, as enshrined in the erstwhile Juvenile Justice Act (2000), is generally in favour of the reformative approach for delinquent minors. However, recent legislative events, most notably the enacting of Juvenile Justice Act (2015), are contradictory in spirit to this approach.

While hearing a case on juvenile detention, the Hon’ble Supreme Court of India observed in its February 2020 order that juveniles in conflict with the law were not meant to be kept in prisons under any circumstances. It was reinstated that bail was the rule; and that exceptional cases merited keeping children in observation homes or safe houses. Thus, it reemphasised the reformative approach over the retributive one. Quite contrary to this, the Juvenile Justice Act, 2015(JJ Act) envisages children between the ages of 16-18 to be tried as adults and potentially be sent to jails.

The two conflicting positions – that of the Supreme Court, and the other, of the JJ Act- raise doubts about where young offenders between the ages of 16-18 may be detained. The institution of borstal schools sits on the cusp of the solution, as far as Maharashtra is concerned. While many changes need to be implemented for borstal schools to achieve their original objectives of rehabilitation and re-integration (through education, skill-training, etc.) into society, they are nevertheless better suited than either prisons or observation homes as far as the reformative approach is concerned.

What are borstal schools?

Borstal schools are youth reformation centres in India, where delinquent minors are managed with a special focus on their rehabilitation. These schools are unlike the prison system, as well as different from observation homes. Although observation homes perform similar functions, they may be government-regulated or privately-owned.

Borstal schools follow the constitutional scheme enshrined in Article 15(3), whereby they are a special provision for children to ensure their reformation and well-being. In recent times, borstal schools have seen great success in the reformation of young offenders—a borstal school in Chennai reported less than 1% recidivism in the inmates it released in 2018. The reformative approach enabled by the Bombay Borstal School Act, 1929, under which the borstals in Maharashtra are established,  together with the older JJ Act align with numerous international guidelines on children’s rights such as the United Nations Convention on Rights of the Child and the Beijing and Riyadh rules, which define a child as anyone aged less than 18 years.

India has ratified the Convention on Rights of the Child, and the JJ Act, 2000 was enacted in pursuance of the guidelines mentioned in various other resolutions. Interestingly, these conventions were the reason the JJ Act, 2000 set the age of adulthood at 18, and one of the reasons why the Central Cabinet was reluctant about reducing the age.

After the gruesome Nirbhaya gangrape incident came to light in 2012, India witnessed one of the most powerful public women’s rights movements in recent history as thousands of protestors took to the streets. One of the accused in the Nirbhaya case was a minor at the time of the crime (he was 17). Under the prevailing law, this would mean that he would not be sent to prison. Instead, he was sent to an observation home till 2015.

This, however, enraged a large number of people, who wanted all accused to be tried as adults, apropos the heinous nature of the crime. Though the JJ Act, 2000 was more reformative in its approach to underage offenders, a certain reactionary mentality now dictated that the heinous nature of the crime meant that no accommodations should be made for the underage offender. They challenged the purported “innocence” and “immaturity” of underage offenders, and thus called into question the very foundation of the reformative approach that had been put in place for underage offenders According to them, such an offender deserved serious punishment, similar to that meted out to an adult.

However, trying the minor as an adult was impossible under the existing law, and no new law, if enacted, could have a retrospective effect. This stalemate was followed by proclamations and debates about changing the lower age of criminality for young offenders. In 2015, the then-newly elected NDA (BJP-led National Democratic Alliance) government introduced a new Act, which effectively reduced the age of criminality to 16 for all intents and purposes. This act was the Juvenile Justice Act, 2015 (“new JJ Act”)

The new JJ Act excludes a fairly large number of persons from being admitted to observation homes. The Act mandates that the offenders accused of “heinous” offences (a list of 46 offences carrying a minimum jail term of 7 years) who are aged 16-18, and who are adjudged by the Juvenile Justice Board as possessing an “adult” state of mind while committing the crime, would be sent to prisons. This is problematic on three fronts:

Assuming the governments do appoint “qualified” people, it is still arguable if anyone can gauge the psyche of a child apropos criminality. According to a study conducted by Dr Martha Grace Duncan, law professor at Emory University, the markers of adulthood are misplaced when they are projected on children. For instance, in absence of any other evidence, examiners are more likely to construe guilt on the basis of odd behaviour such as “giggling”, which might not be appropriate to apply to minors. A valid assessment cannot be made on such frail grounds.

The Stay: treatment at the facilities under the new JJ Act

Beyond the hurdle of the admission to the observation homes (or prisons, if the JJ Board so deems), the other challenge is that of administrative apathy – bordering on cruelty and abuse – as witnessed in observation homes. A report by TISS brought several such cases – including the one regarding the infamous Muzaffarpur observation home – to the fore. Such maltreatment is rampant at observation homes maintained by private/non-governmental organisations, though some isolated incidents at government-aided homes have also been brought to note. One reason behind such incidents is the lack of regular inspections by authorities. This issue is grave for private institutions for a couple of reasons. Firstly, private childcare homes and observation homes have mushroomed across the nation – as many as 1,339 of them are unregistered nationally. Maharashtra clocks in with about 90% of its homes lacking registration. As such, inspection and scrutiny are diluted and abuse goes unchecked. Private organisations are also less likely to be held accountable for any shortcomings due to this lack of regulatory mechanisms.

However, the situation with government homes is not much better. Here, inspections are diluted due to an excessive number of bodies empowered to inspect, resulting in ambiguity and inefficiency.

Such harsh and inhumane treatment of children at homes is well documented. Some homes are obviously run appreciably, but they are negligibly small in number. The poor implementation of the JJ Act, 2015 ensures that the level of scrutiny and functioning of these essential institutions is dismal.

The exit process for children from a cruel system

Retributive and reformative responses to crime differ due to the difference in outcome: the former is meant to mete out a (supposedly) equal response to the offender by means of a withdrawal of rights, while the latter recognises an offence as the result of a diseased state of mind and attempts to remedy it. The adverse conditions at prisons and observation homes hinder any such remediation.

For instance, there are numerous stories of young offenders being detained in prison for petty offences, and later being imprisoned for greater offences committed after being influenced by other prison inmates. Further, the aftercare facility mandated by the JJ Act, 2015 hasn’t been properly implemented. Coupled with this, the frequency with which unregistered homes are mushrooming in the country worsens the overall situation for children.

A case for Borstal Schools

Borstal schools in Maharashtra provide a reformative model that counters the harsh approach adopted under the new JJ Act and the cruel treatment often meted out within the system, as summarised below in conclusion:

The Bombay Borstal Schools Act, 1929 advocates the use of the schools under it as sites of rehabilitation for offenders aged between 16 and 21. Exclusions are made solely based on repeated offences or crimes of a heinous character, whose range is limited to 7 offences (as specified in Chapter X of the Criminal Manual) as opposed to a possible 46 under the JJ Act, 2015. Further, staff appointments at Borstal schools are different from JJ Boards and CWCs in that such appointees cannot dictate who could be detained at the borstal schools. Instead, the only authorities that can order detention in borstal schools in Maharashtra are the High Court, and select lower courts. Further, the Inspector-General exercises the discretionary power to transfer minor prisoners already detained in prisons to borstal schools. Numerous sensitisation and awareness programmes are attempting to help the IG in speeding up the process of transfer. Borstal schools are also better inspected as they follow a centralised model.

The borstal school system, however, is not purported to be “perfect”. Much like the new JJ Act, it too suffers from poor implementation. Borstals have fallen to disuse lately, far from their once acclaimed “golden era”. Yet, within the current system, borstals provide a viable alternative to the punitive approach otherwise adopted which ensures that minors don’t have a true chance at reform and a life after that.

Utkarsh Tripathi is a student at NALSAR, Hyderabad and a member of its Kautilya Society, a student society set up by Vidhi.