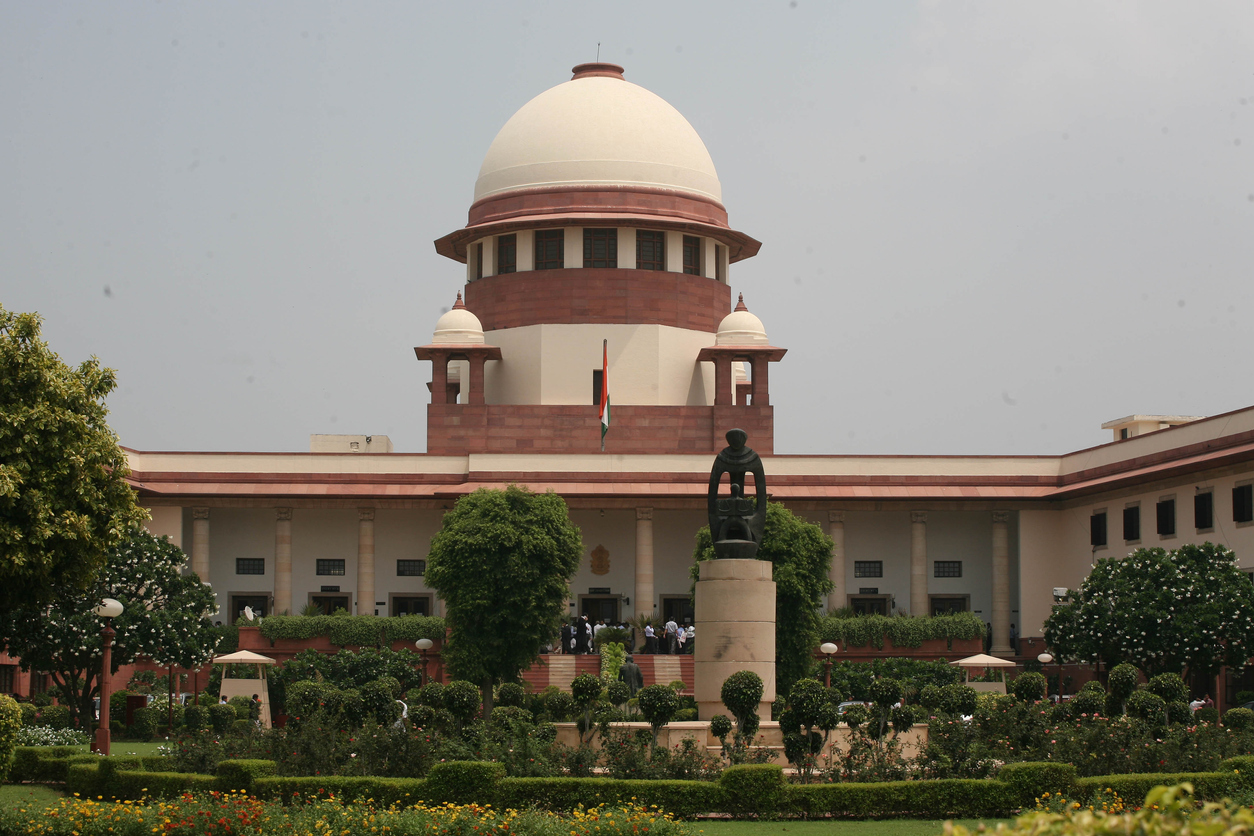 Slipping poison into the GST

The Supreme Court of India alternately slips between being a court of law and a court of unwarranted opinion. For an ordinary court of law such slippages are unpardonable. Judges are appointed to lay down the law, not deliver lectures on how governments should be run. But the Supreme Court of India is not an ordinary court of law. It is the moral guardian of the nation, the last resort of the downtrodden, saviour to the weak, a conscience to the strong. Before condemning a slippage by the apex Court, its meaning and implications must be understood.

Such a slippage occurred last week when the Supreme Court was confronted with a fairly straightforward question of taxation law— can the government impose GST on an Indian importer on the value of ocean freight when such value has already been considered for customs duty? This should ordinarily have been a question that solely interested importers, shippers, the government, and tax lawyers. But the Court didn’t stick to this question of law—in answering it, it came to the entirely distinct conclusion that the recommendations of the GST Council are not binding on State Legislatures and Parliament. That conclusion took this opinion out of the frying pan of taxation technicality into the fire of Centre-state politics.

Its observation that the recommendations of the GST Council are not binding was conceptually unsound and unnecessary to resolve the dispute before it. Worryingly, it also has the potential to destabilise a precarious political compromise underlying the GST regime.

Conceptually, it fundamentally misunderstands the federal architecture of the GST Council. The Constitution, as the judgement correctly points out, originally viewed the Centre and States as sovereign in their own spheres. But the constitutional amendment establishing the GST Council channelizes this “separate but sovereign” philosophy into a “sovereign but simultaneous” alternative. Both the Union and States as sovereign entities agreed to the constitution amendment establishing the GST. Both, as sovereign entities, participate together in the GST Council through their respective Finance Ministers and reach decisions, usually by consensus, sometimes by majority. Their sovereignty, unlike earlier, is now exercised simultaneously leading to uniform GST rates across the country. This is secured by decisions of the GST Council (styled “recommendations”) which are faithfully implemented by the Parliament and State Legislatures. This cannot be tested against an understanding of “sovereign but separate” federalism frozen in 1950. The GST Council itself has redefined Indian federalism and not the other way around as the Court has mistakenly concluded.

To ask and then answer the question whether the recommendations of the GST Council are binding is also institutionally unwise—a legalistic misadventure into the realm of politics. The Constitution, when it deals with high authorities like the President and CJI, or sovereign entities like the Union Parliament and State Legislatures uses delicate language. It is ill-advised for the Constitution to order Presidents or direct State Legislatures. It is even more ill-advised for courts to attempt to do what the Constitution elegantly sidesteps.

There is no winner whenever the sledgehammer of the law falls on a delicately worded constitutional provision. Holding the recommendations binding would inevitably curtail the sovereignty of legislatures. Equally, hold it non-binding and the entire architecture of the GST falls. Every state is now legally empowered to chart is own course. To work provisions such as these requires political statesmanship, not judicial gloss. Remember, the fracas over judicial appointments also started with the Supreme Court attempting to interpret the word “consultation”. That hasn’t been an edifying journey and neither will this one.

If the Supreme Court functioned and was perceived as an ordinary court of law, there may have been a way out of this unnecessary uncertainty. Strictly speaking in law, this holding is of no legal effect. A 9-Judge Bench of the Supreme Court categorically held in Mirajkar’s case in 1966 that even if expansive arguments are made, the Court “should always be careful not to cover ground which is strictly not relevant for the purpose of deciding the petition before it.”

This is binding on all subsequent benches of the Supreme Court including the 3-judge bench which heard this case. By the Mirajkar Court’s reckoning, the judges in this case weren’t careful enough. Whether the recommendation of the GST Council is binding or not was not relevant in determining the validity of the IGST levy on ocean freight. Assume it was binding—that is neither here nor there for determining the validity of the levy. The Court could have rightly struck down the levy without fishing in troubled waters of the effect of GST Council recommendations on Parliament and State Legislatures.

But because it did so, and it is not an ordinary court of law, its unwarranted opinions still carry enormous weight. Unsurprisingly, state governments have lauded the judgement stating that their sovereign rights have been upheld. What their new-found autonomy does to the GST remains to be seen. As the judgement notes, Indian federalism is a dialogue, sometimes cooperative, sometimes uncooperative. Out of that melee, like the samudra manthan, the judges expect the amrit of common sense to emerge.

Maybe something of this kind might appear over time with the centre and states choosing to play ball. But equally, the melee may produce the poisonous halahal, with independent-minded states and a decisive Centre going their own ways. Can the Supreme Court, like Lord Shiva, swallow the bitter pill of the acrimonious unravelling of the GST regime? One wishes the Court never put itself in this unenviable position to begin with.