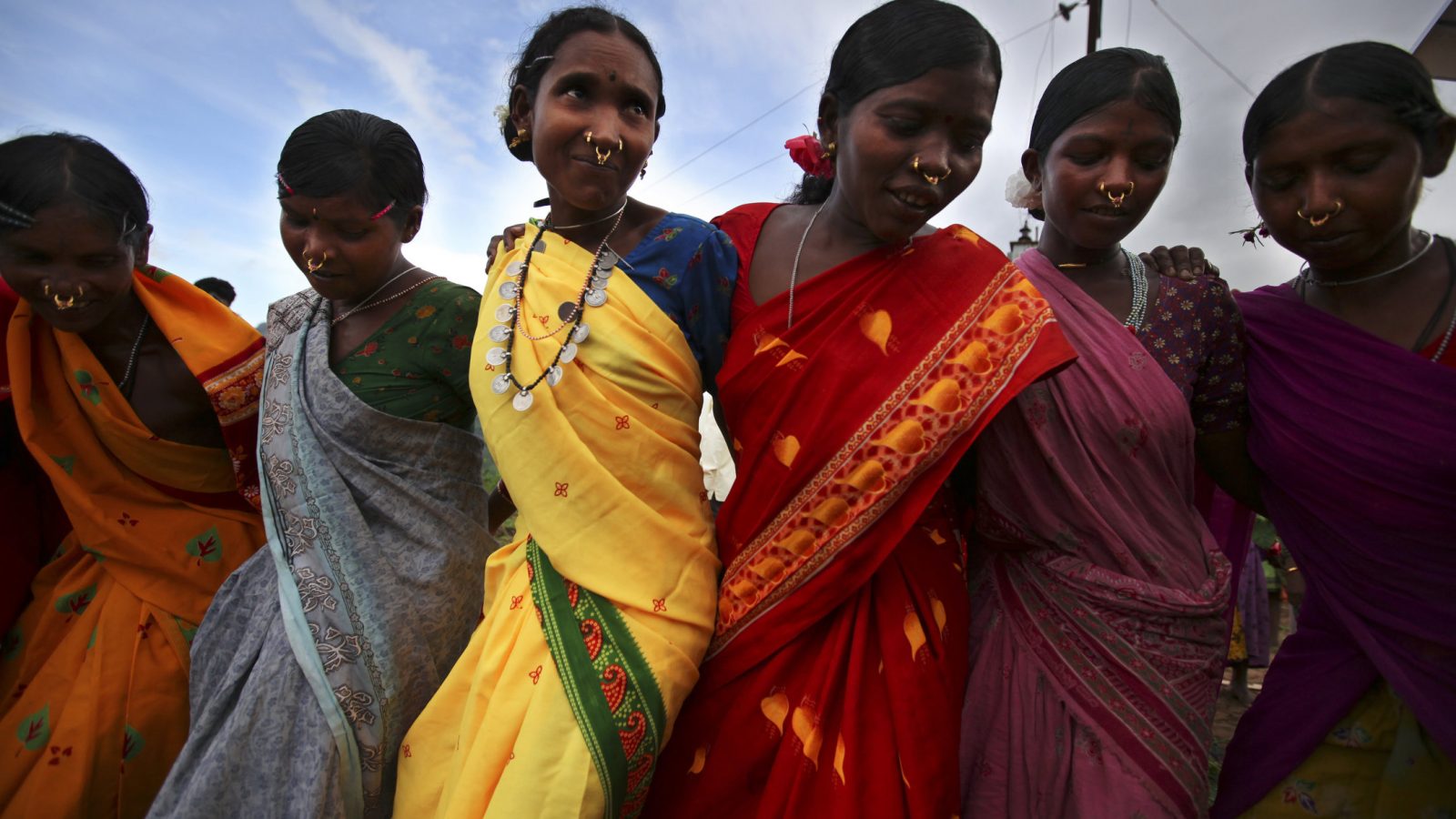 Rights of a Scheduled Tribal Woman: a Lost Cause?

Should discriminatory customary or personal law prevail over constitutional law in India?

Mangola Singh, a member of the Buksa Tribe in Uttarakhand, is the eldest of her three siblings. Calamity struck at just 11 years of age when she lost both her parents. Soon after, she worked relentlessly to look after her brothers. At the time of one of her brother’s marriage, both brothers defiantly stated that she had no right over their ancestral land. They eventually sold a small chunk of land without telling her. Their decision was supported by other members of her community as well.

This example underlies the rampant gender discrimination that exists in tribal communities in India at large, and raises questions about the rights of tribal women to inherit ancestral property, and be compelled to subscribe to decisions taken against their will.

This blog will highlight key issues faced by tribal women in India under existing customary laws of inheritance, the legal remedies available to them, and the opinion of the courts in such matters.

Majority opinion of the judiciary on the ST(Scheduled Tribes) communities

Scheduled Tribes or STs are predominantly remotely located and were heavily discriminated against during the colonial era. Hence, after India achieved independence, a need arose to safeguard their rights, customs, and beliefs/rituals for their upliftment and well-being. Their local customary laws are safeguarded under the various provisions of the Indian constitution. Ironically, under these customary laws, women from the ST communities are habitually disposed of their right to inherit property from their natal family, particularly in cases where a tribal woman is married to someone outside their community. Thus, the very customs, traditions, and rituals that the constitution protects also restricts ST women’s rights to rightfully inherit property.

The judiciary too, despite acknowledging that customary tribal laws are discriminatory towards women, has failed to tackle this degrading practice. For instance, as evidenced in Haradhan Murmu v. State of Jharkhand, the Jharkhand High court was of the view that to bring about any significant changes with regard to the personal/customary laws of the Santhal Tribe,it must be done keeping in mind the local context where the consequences of amending such laws needs to be carefully considered.

Further, in the Narasu Appa Mali’s case (NAM), the Bombay High Court was of the view that one cannot interfere with the customary/personal laws of any tribal community as an individual’s fundamental rights aren’t applicable to tribal customary/personal laws. This is because such laws do not come under the ambit of Article 13 of the Constitution, which states that no law can be violative of one’s fundamental rights and if so, that law is against the basic principle of the Indian constitution.

Similarly, in Madhu Kishwar v. State of Bihar, the Court prohibited the transfer of land to non-tribal individuals and insisted on protecting the land rights of the tribals. Moreover, in cases where a tribal woman did inherit her ancestral land, she was ineligible to alienate (transfer) the same to her children as the customary/personal laws are not applicable to them.

Issues that curtail the rights of ST women

The first issue concerns whether an oral declaration/ritual of tribal customs can override the law of the land.This is especially relevant because in cases where such rules of inheritance of a tribe may be written down, nothing is specifically mentioned to prohibit a woman from inheriting or transferring her ancestral property. Given that the onus of denying a ST woman her ancestral property solely relies on the party claiming that the customary law in question does not mandate a tribal woman to inherit or transfer their ancestral property, the burden of proof should also lie on the same party to establish that customary laws supersede the general law i.e., the constitution.

The third issue concerns the child born to a Scheduled Caste (SC)/ ST woman who is married to a man outside her community (an inter-caste marriage) and the consequent caste of the child. A 2012 Supreme Court verdict held that in cases of such ambiguity, there is no given rule/law that compels the child to follow her father’s caste. The child could follow their mother’s caste as well. It was further ruled that the child of an ST woman who is married to a man of a ‘forward caste’ would not be disallowed from being issued an ST certificate. Hence, if the child has faced caste discrimination in her life, she will be entitled to receive an ST certificate irrespective of the fact that her parents engaged in an inter-caste marriage. It is only after being recognised as part of the community, can the child even claim her right to her mother’s tribal land.

The NAM case was heavily criticised by Justice DY Chandrachud in the Sabarimala judgment, as reported in ‘The beginning of the end of 67-year-old NarasuAppa Mali and a tale of two judges’ by Bar &Bench. His core argument was that the reasoning in the NAM case was flawed and that it denuded the constitution of its primacy. Further, in the Sabarimala judgment, while answering the question of whether customary law can be altered in furtherance of constitutional values such as equality, the hon’ble Supreme Court was of the view that the vision of the constitution at the time of its enforcement was intended to be ‘transformative in nature’. Upholding this view, the Bombay High court vindicated the rights of the women of the Gond tribe to inherit their parents’ land. Thus, the courts need to think more intently about their judicial philosophy as it relates to tribal women’s rights. Do they view the constitution as a living document, or as one that is originalist in nature?

In the Madhu Kishwar case, while answering the question on whether the equal contribution of women along with their constitutional guarantee of equality ought to be circumvented in favour of customary law, Justice K. Ramaswamy claimed in his judgement“…exclusion from inheritance would not be appropriate…”. Here, he reiterated the fact that the local customary law in question was extremely biased and against furthering gender equality. Similarly, in the Naga Mothers Case, when the state government reserved 33% of the seats in the municipal body elections, various tribal groups condemned this action by the state-government and argued that the decision was against their traditional tribal society. The court, however, reiterated the fact that the customary/tribal laws must reflect the basic rights of the Indian constitution.

In a recent PIL filed at the Uttarakhand High Court with respect to the Van Gujjar community, which was based on whether they could be ousted from the forest land they lived on or not, it was held by the court that the tribal community must not be denied their fundamental rights. Hence, on the grounds of this judgement Articles 14 (right to equality before the law) & Article15 (discrimination on the grounds of sex, religion etc.) of the constitution apply to the tribal community, which includes tribal women as well. Further, in the Maneka Gandhi case, which dealt with personal liberty, the judgement expanded the scope of personal liberty under Article 21 of the constitution, whereby the procedure established by law needed to be in accordance with the principles of natural justice.

Thus, in conclusion it can be said that the constitution is a living document that has adapted over time. To change the course for tribal women, it is the judiciary that needs to intervene given the legislature is unlikely to frame gender-neutral laws for the ST communities for obvious political reasons. In line with the arguments in the judgements laid out in this concluding section, the right way forward would be for the Indian judiciary to provide a carefully considered pathway through framing specific guidelines (such as in the case of the Vishakha guidelines protecting women from sexual harassment at work place) to ensure that tribal women are entitled to an equal life. Till then, women like Mangola and many others will continue to live with abject injustice.

Samarjit Singh is currently a 2nd Year law student in the 3 Year Programme at Jindal Global Law School, Sonipat, India. He has completed his undergrad in B.A. History from St Stephen’s College, Delhi in 2019.