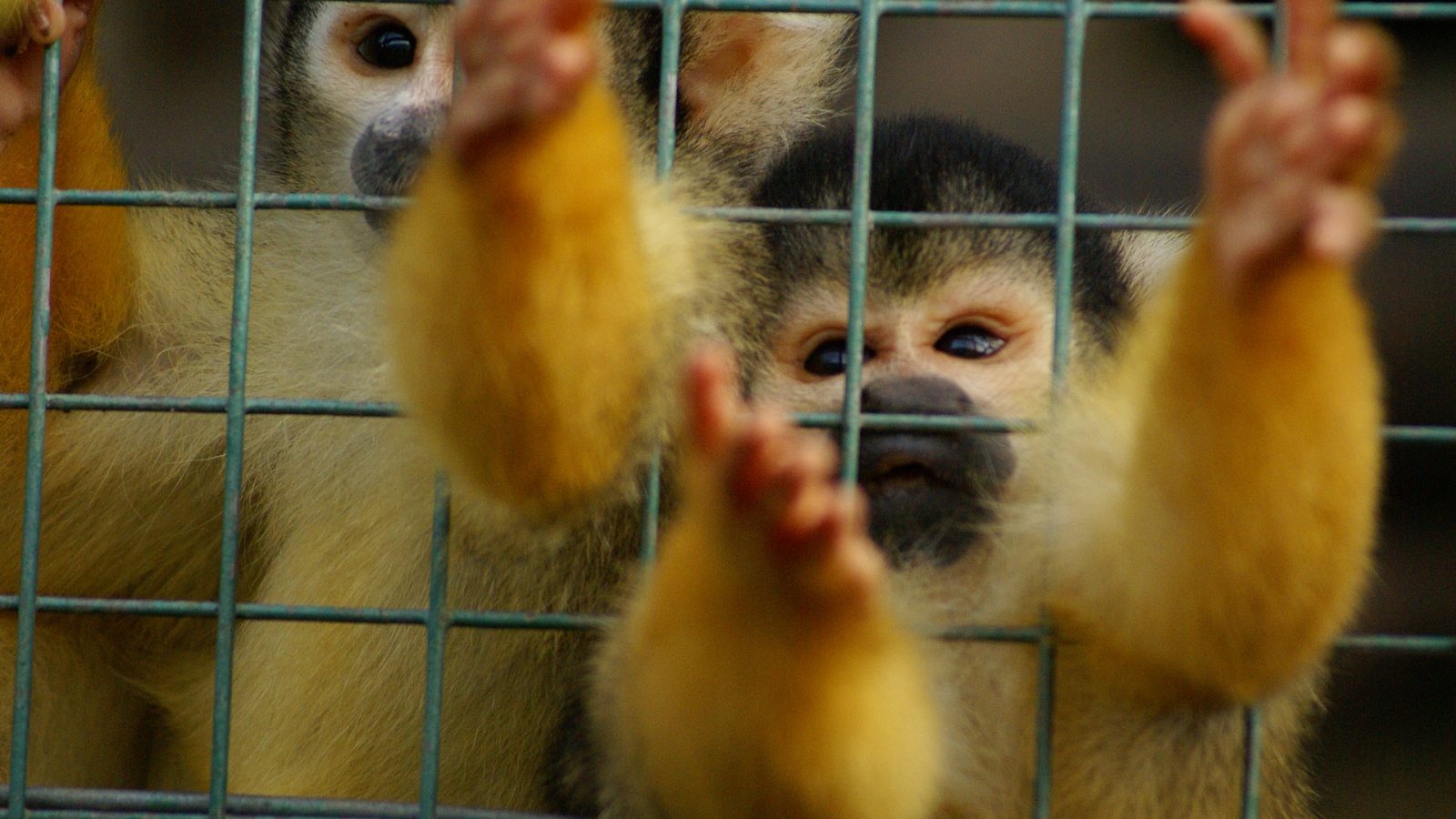 Only Carrots, No Stick: Regulating the Trade in Exotic Live Animals in India

The government’s approach is both legally unsound & violates international conventions

The illegal trade in wildlife has been in the eye of the storm since the Covid19 pandemic broke out, with research initially suggesting that the pandemic had its origins in a wet market in Wuhan, China. Several countries have since recognised  that illegal wildlife trade can pose a serious risk to human health and have taken decisive actions on the matter. For instance, China banned the illegal trade and consumption of wild animals. Vietnam temporarily banned imports of wildlife and wildlife products, and took measures for better enforcement of existing laws to control illegal wildlife trade. Bolivia passed a resolution reinstating a prohibition on use of wild animals for food and medicine in the country in the wake of the pandemic.

However, when Covid19, allegedly a zoonotic disease, brought the world to its knees, India passed an advisory on 11th June, 2020 granting amnesty to individuals that are in possession of exotic live species protected under the Convention on International Trade in Endangered Species of Wild Flora and Fauna (CITES). The amnesty was granted to encourage individuals to disclose their possession of exotic animals to create a database of CITES listed animals in India. Thereafter, the government would monitor births, deaths, trade, or change of possession of the animals in the future. This article explores how the advisory is violative of CITES and of domestic law.

CITES is a multilateral treaty entered into by 183 countries with the intent of ensuring that the global trade in wildlife does not threaten the survival of species. It does so by regulating global trade in wild flora and fauna. India ratified CITES in 1976. The Convention has three Appendices with different restrictions and requirements on import and export of wildlife.  Trade in Appendix I species, which are threatened with extinction, requires the issue of import and export permits by the importing and exporting countries respectively. Trade in Appendix II species requires an export permit from the exporting country. Trade in Appendix III species requires an export permit if the animals are being exported from the country which listed the species on Appendix III, or a certificate of origin otherwise.

The advisory issued by the Ministry of Environment, Forest and Climate Change dated 11th June, 2020 was meant for  “developing an inventory of exotic live species by the means of a voluntary disclosure scheme to streamline CITES compliance.” The advisory further added that the declarer would not be required to produce any documentation pertaining to the exotic species if the same has been declared within 6 months of the date of issue of the advisory.  This six month period was extended to nearly nine months ending on 15 March, 2021 owing to the Covid19 pandemic.

To elucidate, this could mean that an individual who may have illegally imported a Chimpanzee or a Puma (both listed under Appendix I of CITES) as on January 1, 2020 can apply for amnesty, be given a certificate legitimising their possession of said chimpanzee, and have no legal liability for flouting existing laws. An investigation by Indiaspend shows that some of the animals that have been declared under the advisory include critically endangered species like the Black-and-White Ruffed Lemur endemic to Madagascar and the Besia that is endemic to East Africa, both of which are protected under Appendix I of CITES.

A response from the Ministry of Environment, Forest and Climate Change (MoEF&CC) to an RTI filed by Vidhi shows that till 26th May 2021, a total of 43,693 applications for amnesty have been made under this advisory from 30 States and Union Territories, of which 2240 have been approved. (See the figures below)

How does the advisory violate India’s commitments under CITES?

As per the advisory, any person who is in possession of any exotic species till 01 January 2020 shall declare the stock to the Chief Wildlife Warden (CWLW) of the respective states via the central government website Parivesh (http://parivesh.nic.in/). The CWLW is responsible for carrying out a physical verification, registering the stock of species and issuing an online certificate within 6 months of the voluntary disclosure under the scheme.  The exemption from requirement of any documentation from the declarer implies that the government is not concerned with whether any exotic species is legally imported or smuggled from a foreign country – blatantly violating India’s agreements under CITES.

This regularisation contravenes paragraph 1 of Article VIII of CITES which obliges India to penalise trade in violation of its provisions and confiscate any such specimens illegally traded. In essence, it created a window of nearly nine months wherein smugglers may freely violate CITES to bring CITES protected animals in the country and have the “import” regularised de facto. This  fact has not gone unnoticed by those looking to illegally acquire exotic animals. The “no questions asked” approach of the advisory has instigated an increase in the smuggling of animals via India’s porous North – Eastern borders as acknowledged by the officials of Wildlife Crime Control Bureau, Government of India.

Is the Advisory in consonance with Indian Law – understanding the lacuna

The existing legal framework provides for protection of native species under the Wild Life (Protection) Act, 1972. The Customs Act, 1962 (Customs Act) and the Foreign Trade Policy of 2015-2020 (FTP) issued under the Foreign Trade (Development and Regulation) Act, 1992 (FTDRA) regulate cross border movement of both native and CITES listed species. However, no law regulates domestic trade and possession of exotic live species listed in the CITES appendices. The existing legal framework is described in more detail below.

Schedule I of India’s FTP issued under the FTDRA sets out an item wise import policy. It states that the import of animals included in CITES and their parts and products is subject to the Convention. Thus, to import any CITES listed animal, one must be granted a CITES import permit. The FTDRA also states that all items mentioned in the Foreign Trade Policy are covered by Customs Act, which allows confiscation of improperly imported goods. So, if any exotic species are caught at an airport for lack of CITES import permit, it would be an offence under the Customs Act and Customs authorities could confiscate them. Thus, the Customs Act and the FTDRA together form a strict legal regime that  regulates, and in some cases, bans, the export and import of exotic live species.

Indian law also governs domestic trade and possession of native species. For instance, the Wild Life (Protection) Act prohibits hunting and trade of Hoolock Gibbons (found in the forests of North-East India), granted the highest degree of protection under Schedule I of the Act. The import and export of the Hoolock Gibbon (a native species) is prohibited. However, trade of any exotic species (for eg. a Barbary Macaque) which is listed in Appendix I of CITES is allowed only with import and export licenses from the CITES Management Authority in the importing and exporting country, a certificate from the Directorate General of Foreign Trade in India and permissions from the Chief Wildlife Warden of the State to which it is being imported. However, once the Barbary Macaque crosses into Indian borders, it is not subject to any scrutiny and can be possessed and traded freely within Indian borders.  It is this legal vacuum that the advisory sought to address, or perhaps misuse.

While the advisory might be helpful in preparing a stock inventory of exotic species in India and monitoring their movement thereafter,  while doing so  it also gives a clean chit to persons who might have smuggled animals into India in contravention of the aforementioned licensing requirements. It also regularises offences committed under the Customs Act, 1962 as well as of the Foreign Trade (Development and Regulation) Act, 1992. This may even be perceived as the MoEF&CC stepping on the toes of the Customs and the DGFT, without having the jurisdiction to do so.

This advisory also saw litigation before High Courts and the Supreme Court of India. The primary issues before the court were the extent of immunity granted under the advisory, and clarifications on whether enforcement agencies could interrogate individuals that declared possession of exotic flora and fauna. All courts observed that once immunity is granted, the government cannot investigate the ownership, possession, trade, transportation, breeding or keeping of disclosed exotic species.

While the Courts clarified that the advisory did in fact grant immunity to applicants under it, they missed a burning point – is the advisory in consonance with domestic law? In our opinion, it is not.

The advisory has proven that India is indeed a demand country in the global trade for wildlife. 43,693 applications for legitimising possession of exotic wildlife are as many applications that may have escaped the clutches of the law while indulging in a lethal trade. There is little doubt that there must be a law governing exotic live animals in the country, but an advisory of this nature will only end up fueling the trade and put the country at more risk in the midst of a deadly pandemic. 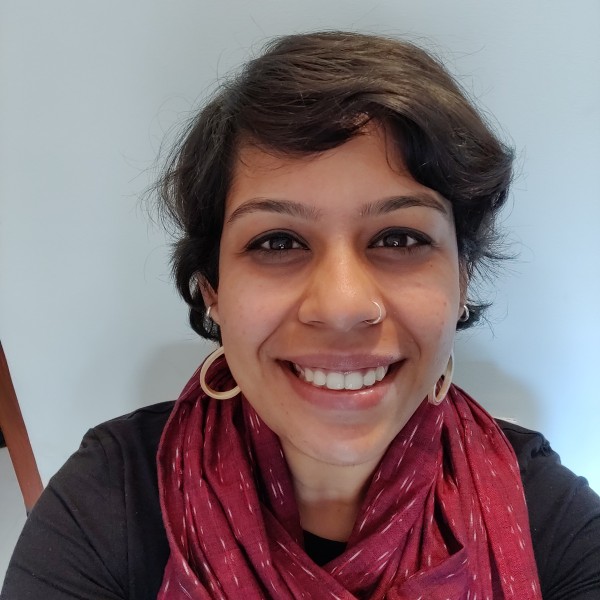 Mridula was a Research Fellow at Vidhi.