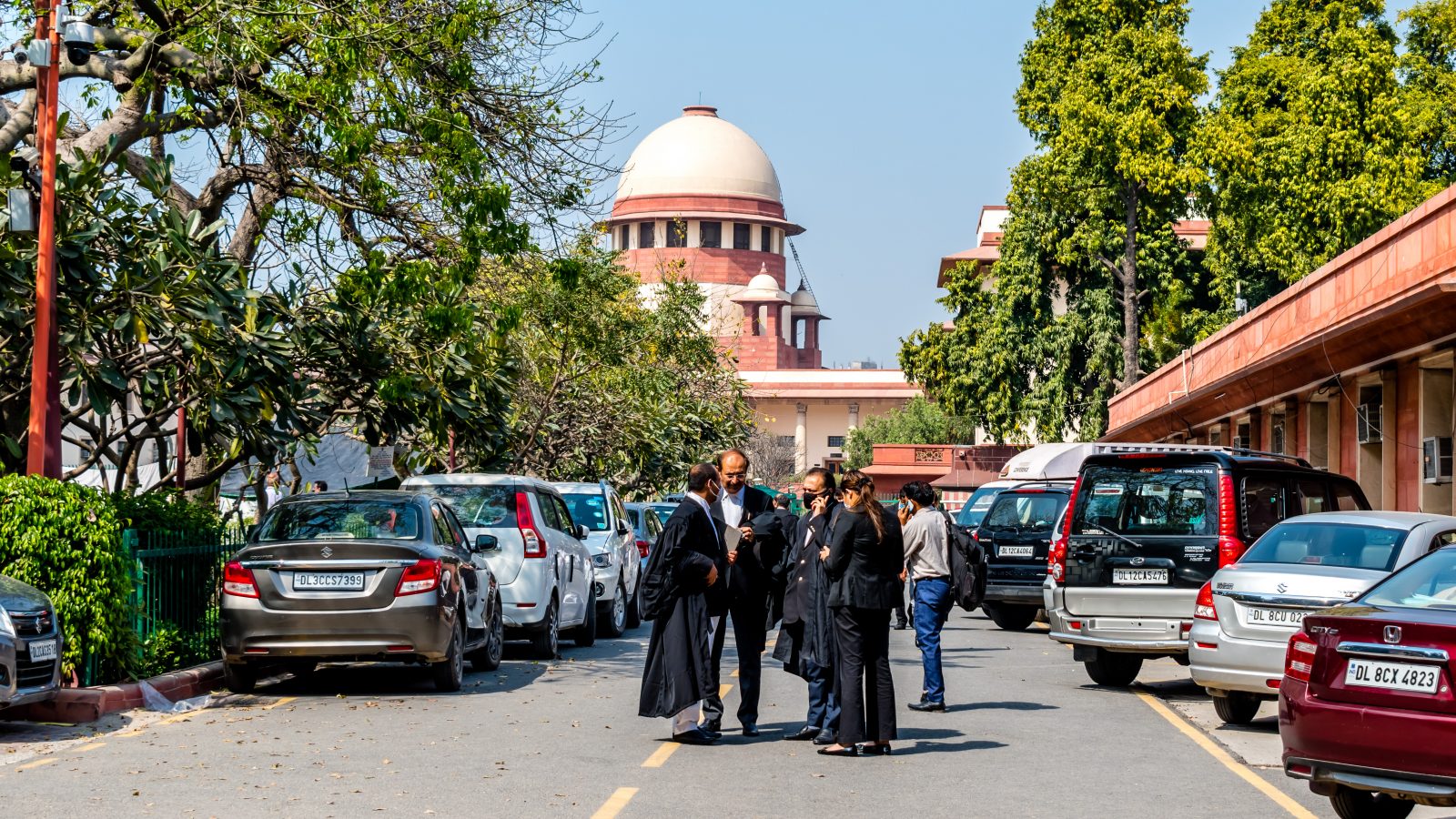 With just a month left for the Chief Justice of India (CJI), N.V Ramana’s tenure to come to an end, yet another judicial reform fails to take off. The CJI championed the need for better judicial infrastructure, especially in the district courts, through the National Judicial Infrastructure Corporation (NJIC) an independent body at national level dedicated to overseeing infrastructure-related activities. Judicial infrastructure or lack thereof was one of the least discussed aspects of judicial reforms in India. Dilapidated buildings, overcrowded courtrooms, no designated waiting rooms, unusable washrooms, absence of information signages, etc., are the grim realities lawyers, litigants, and court staff have been forced to cope with. Therefore, it is indeed a much-needed reform that Justice Ramana was spearheading, however, it is an uphill climb and no easy feat to address the issue of poor court infrastructure by merely establishing a centralized body for it.

Initiated in 1993-94, the Centrally Sponsored Scheme (CSS) for Development of Infrastructure Facilities for Judiciary is the scheme that covers the cost of construction of courtrooms and residential units for the district judiciary. In July 2021, the Government of India decided to continue the center-state shared scheme for a further five years from April 1, 2021 to March 31, 2026 at a total cost of Rs. 9,000 crores. Given that CSS for infrastructure is to be in continuance, if the Government wants to revisit the NJIC proposal, the focus must shift so that it doesn’t follow the footsteps of previous attempts that provided centralized solutions to problems of the heterogeneous judiciary.

One-size-fits-all approach cannot be the motto

A 2019 survey of 665 district courts published by the Vidhi Centre for Legal Policy throws light on the dire state of our lower courts. Only half of these courts (54%) have designated waiting rooms and 40% have washrooms with running water and are regularly cleaned. In terms of accessibility, only 27% were equipped with ramps at the entry and inside court premises, 2% had visual aid tools such as Braille notices and tactile pathways and 11% had washrooms designated for persons with disabilities. While this may not come as a shock to any person who has any business to visit or frequent these premises, this is important to drive home the onerous nature of tasks before the NJIC.

The only guiding document laying down the benchmarks for court infrastructure is the 2012 National Court Management Systems Committee of the Supreme Court. The first task for NJIC will be to lay down the standards for physical and digital infrastructure which, unlike its 2012 predecessor, cannot be a one-size-fits-all document. Instead, it must factor in or provide leeway to the states to allow for infrastructural requirements and constraints arising from topography, climate, litigation practice, etc.

The existing proposal for NJIC envisioned a governance framework composed of the CJI, Supreme Court judges who may be elevated as CJI, High Court judges with longer tenures, Central/State level Finance Secretaries, and a NITI Aayog member. Every state is expected to have a State-level authority led by the HC chief justice along with a senior judge and senior state government bureaucrats. The composition is akin to the existing governance framework-  the National (and State) Court Management Systems Committee(s) established under the Supreme Court and High Courts respectively and the Central (and High Court) Level Monitoring Committee(s) at the Central and State respectively. The former bodies were established by the then Chief Justice of India, S.H. Kapadia and the latter under the guidelines for the implementation of CSS for the judiciary.

The present state of court infrastructure is a testament to the fact that this governance framework has not been successful in its objective of improving infrastructure. Therefore, the CJI’s office and the executive must strive to identify the challenges that prevented these bodies from achieving their mandates and ensure that NJIC does not become a mere consolidation of the existing governance structure. A glaring omission in the existing framework that should be rectified by the NJIC is the inclusion of relevant specialists from domains such as spatial design, universal design and inclusivity, sound engineering, management, and systems to ensure conceptualization of state-of-the-art infrastructure, physically and digitally.

The concerns highlighted above – the lack of an updated policy document laying down the standards of infrastructure and the need for a diverse, interdisciplinary and dedicated governance framework are only the tip of the iceberg.  Other complex issues that slow down the progress of court infrastructure, that the NJIC will have to find solutions for, include coordination between the judiciary and the executive for funding, allotting land, and constructing the buildings. NJIC will have to refrain from being a centralized agency that does the planning and decision making in isolation. Instead, if it facilitates an environment for High Courts to run the actual show, it might bring about visible improvement on the ground.