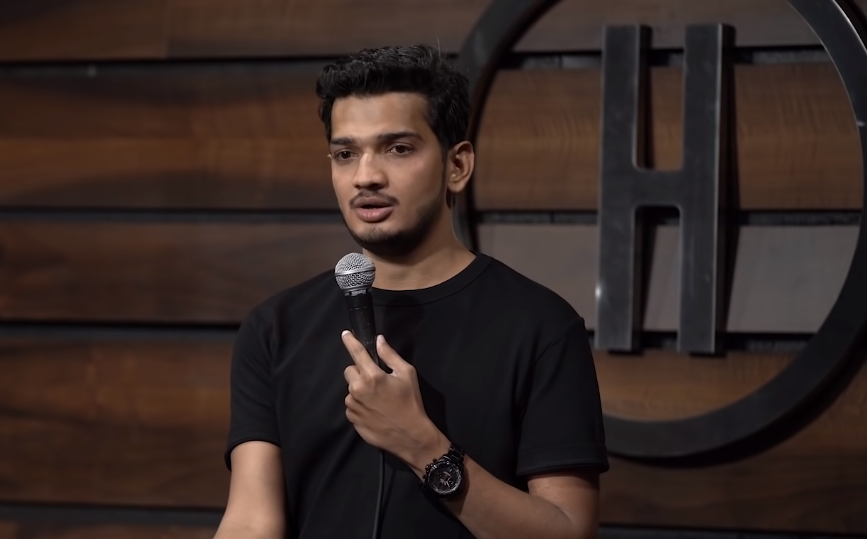 We Must Continue to Question

‘Justice delivery is not a pity plea but is a right, and there is a manifest duty to deliver it’ – Maja Daruwala, India Justice Report, 2020.

Every individual deserves a fair trial, and it is imbibed in law through judicial precedents that bail is the rule while jail is the exception. Imprisonment must be used sparingly in the most adverse and exceptional circumstances, and the due process of law prescribed must be practised at all times by the police and the courts.

Yet this principle was turned on its head in the case of Munawar Faruqui, a stand-up comedian arrested under Section 295-A of the Indian Penal Code (IPC) for allegedly insulting Hindu deities. He was repeatedly denied bail till the Supreme Court stepped in to his rescue. This blog analyses how Faruqui’s case was a deviation from similar cases in the past through analysing these precedents.

The Timeline of Munawar Faruqui’s Case

On 1st January 2021, Munawar Faruqui, a stand-up comedian was arrested by the Madhya Pradesh Police while performing a show in Indore. A complaint had been filed on the grounds that offensive jokes were allegedly made on Hindu deities and Home Minister Amit Shah during the performance. The Police charged Faruqui and his associates under Section 295-A of the Indian Penal Code. The charges were made on oral evidence by the complainant Eklavya Gaur without the presence of any actual proof, thus disregarding the rules laid down under Section 41 of the Code of Criminal Procedure,1973 (Cr.P.C.).

Faruqui’s bail application was rejected by the concerned Magistrate and Sessions Court on the grounds that public law and order would be disturbed if he was released on bail. On appeal to the Madhya Pradesh High Court, the bail application was rejected because the Uttar Pradesh Police had lodged a similar offence in Prayagraj against Faruqui. The High Court, in its Order, stated that every citizen has specific fundamental duties and that States must ensure peace and harmony amongst all religious groups by protecting them from negative forces. It is pertinent to note that the High Court Order lacked the mention of any incriminating evidence or threat to society that Faruqui’s bail would pose.

On appeal, relying on Arnesh Kumar v. State of Bihar [(2014) 8 SCC 273], the Supreme Court observed the vagueness of the FIR filed by the Police and that due process of law laid under Section 41 of the Cr.P.C. was not followed. The Supreme Court thus granted bail to Faruqui referring to Arnesh Kumar, whichstated that arrest brings humiliation and casts scars on the accused forever.

The Constitution under Part III has granted every citizen the right to freedom of thought and expression although reasonable restrictions bind these rights. However, the High Court’s yardstick to justify the graveness and threat potential of the alleged offence, based merely on oral testimony, in Faruqui’s case – especially when compared to the precedents stated above – was a clear deviation and a travesty of an individual’s fundamental rights.