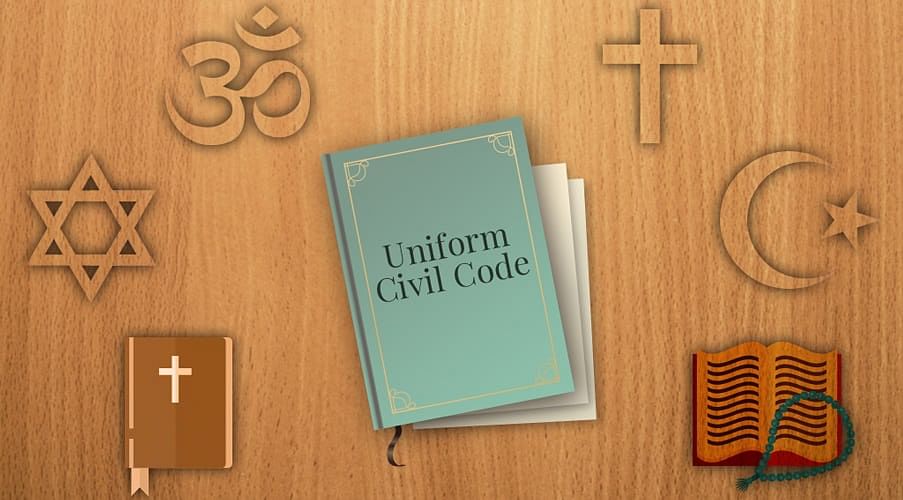 Marred by narrow self interest and misconceptions

The Shah Bano judgement in 1985, a legal milestone for Indian Muslim women fighting for the right to alimony under the Muslim personal law, sparked deliberations among the state and civil society on the implementation of a Uniform Civil Code (UCC) for India. The UCC, as stipulated under Article 44 of the Indian Constitution, would be a single code for all Indians, irrespective of their religion in personal matters such as marriage, divorce, inheritance, adoption, etc.

However, the UCC has been marred by controversy that lacks nuance. For instance, the Hindu Right seeks to bring in a UCC terming it secular and pro-women while feminists and rights activists, who had earlier supported it, now believe that the Hindu Right is merely using the UCC as a platform against minorities. They have, thus, been moving away from the idea.

The chaos exposes hypocrisy at both ends. This blog aims to highlight two such hypocrisies:

The first hypocrisy with the UCC debate lies in the difficulty in ensuring uniformity for all communities. A case in point is the Portuguese Civil Procedure Code, 1939, (Code) followed in Goa. Though the Supreme Court and the BJP for long have held the code as a “shining example” for a nationwide UCC, a closer look reveals that it is deeply discriminatory towards the already marginalised genders, sexualities, and religions. Some examples are highlighted below.

The code allows for the church to both sanction and annul marriages, thus overriding the state’s power in civil matters. The Code also states that while a husband can seek divorce if his wife commits adultery, a wife can only seek such relief if the husband commits adultery with “public scandal”, keeps a mistress in the conjugal home, or abandons her. Through a decree that defies uniformity amongst religions and contravenes both the Indian Penal Code and the Hindu Marriage Act, the code allows a Hindu husband to take a second wife in the absence of an issue from the first wife or if the wife has reached the age of 30 and has not borne a son for the husband.

The Goan code, therefore, cannot be the way forward and appears unlikely to be reformed in the near future.

Though assumed to be objective and neutral, any law has “certain cultural, linguistic, and historical traditions which welcome some of its members more completely than others”. More often than not, these traditions reflect the majority culture. Consequently, the denial of any traditional influences of the minority culture to the law only risks further marginalising minority communities, thereby denying equality.

Typecasting the others: regressive Muslims and progressive Hindus

Secondly, there is a misconception amongst the public and policymakers alike that Muslims strictly follow their customary laws and oppose the UCC. They are often typecast as regressive and backward. It is believed that the Constituent Assembly did not implement a UCC because the Muslims were against it. However, not all Muslims in the Constituent Assembly opposed the UCC. Some only thought that it was not yet time to impose such measures.

As Naziruddin Ahmad, the West Bengal representative in the Constituent Assembly made it clear, “I have no doubt that a stage would come when the civil law would be uniform. But then that time has not yet come. We believe that the power that has been given to the state to make the Civil Code uniform is in advance of the time”. He emphasised that debates around the UCC should not be held in abstract but should be grounded in reality, and as India was still dealing with communal violence, the time for rolling out a UCC was not right then.

Criminalising triple talaq in the Muslim Women (Protection of Rights on Marriage) Act, 2019 and further commemorating the day of the Act’s enactment as Muslim Women’s Rights Day are intended to build political narratives showing Muslims (especially Muslim men and the religious boards) as barbaric. Similarly, Muslim women continue to be caricatured as not only oppressed but also weak and lacking agency. While the All India Muslim Personal Law Board (AIMPLB) undoubtedly constrains Muslim women (as in the Shayara Bano Case), such misogynistic tendencies are found in all religions. Ultimately, any attempts to harvest political dividends from reformative measures like a UCC further cement stereotypes against Muslims.

Hindus consider their personal law to have been reformed and argue that they are only batting for their tyrannised Muslim “sisters”. This is misleading given the history of the reform. In 1948, Congress stalwarts like Rajendra Prasad, Sardar Patel, Pattabhi Sitaramayya, M A Ayyangar, M M Malaviya, and Kailash Nath Katju — all upper-caste Hindu men — opposed Ambedkar’s egalitarian sections regarding property and divorce in the draft Hindu Personal law.

President Prasad also threatened to veto the bill as such “progressive ideas” of a “microscopic minority” would be foreign to the Hindu law and weaken Hindu families. However, similar claims were not made during the discussions in the Constituent Assembly while Hindus like M A Ayyangar were defending the need for a UCC. Ayyangar ironically said that marriages are a “matter of contract” and therefore religious or cultural concerns do not apply.

More recently, Prime Minister Modi took contrary positions with regards to the Sabarimala case. While upholding the triple-talaq judgment by the Supreme Court, he drew criticism when he said that he opposed women of menstrual age from entering the Sabarimala temple. He justified himself by stating that the non-entry of women was a matter of tradition.

There is, thus, a clear double standard in maintaining cultural neutrality when it comes to the religious practices of Hindus and Muslims, making discussions on the UCC harder. The tokenisation of the UCC debate in the political arena, and its misuse by political and religious forces to stoke social anxiety for narrow interests has ensured that Indian women remain caught in the crossfire.

Manjeeth S. P. is a Masters student in Political Science and International Relations at Indira Gandhi National Open University in India. His areas of interest are Indian foreign policy, political philosophy, political economies of marginalised communities, climate policy and education. He is currently preparing for the Civil Services Examination in India.