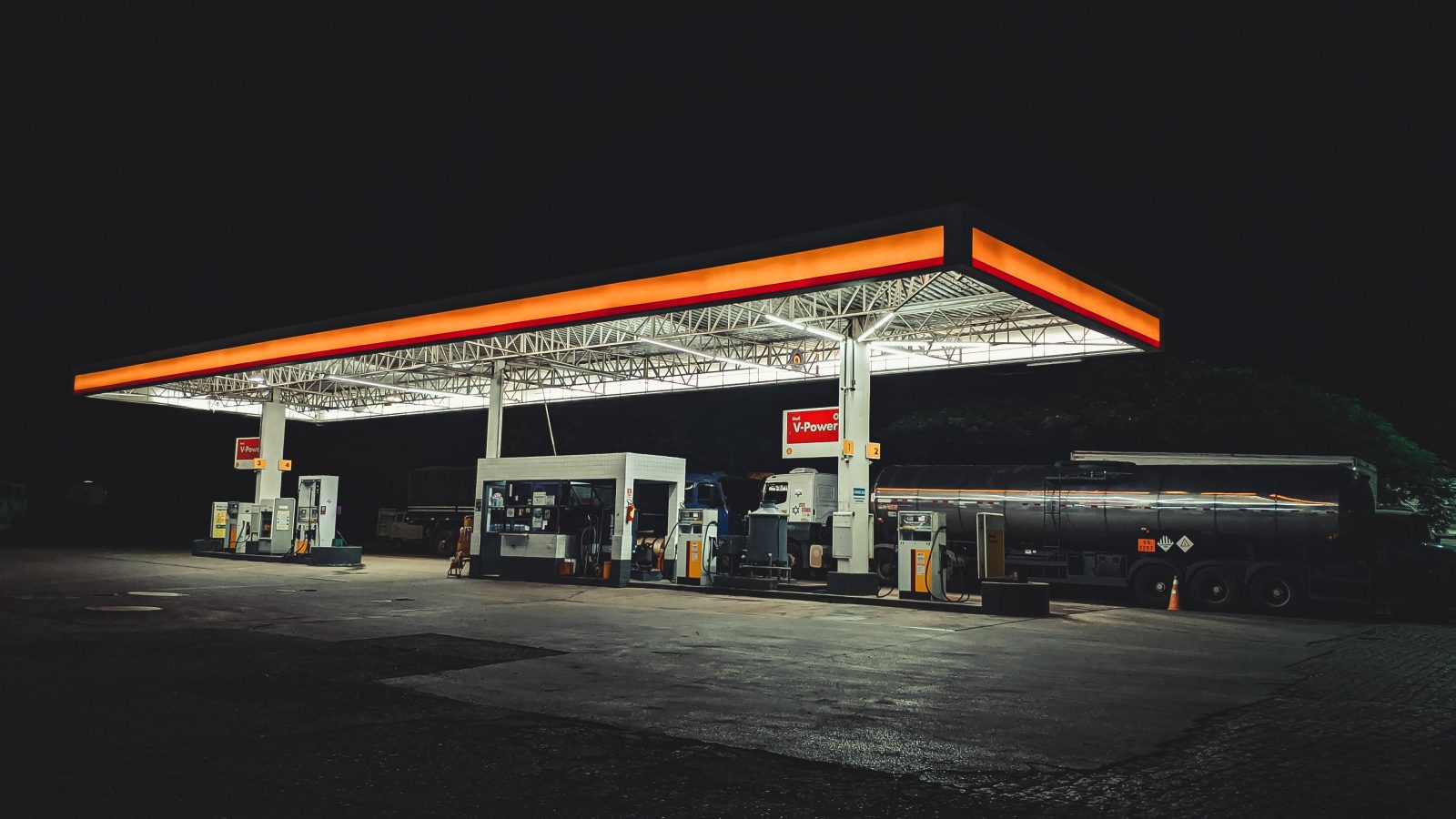 On 21 May 2022, the Union Government reduced excise duties on fuel, bringing down petrol prices by Rs. 9.5 per litre and diesel prices by Rs. 7 per litre. This comes after the Prime Minister urged the states to cut taxation on petroleum products and asked them to work in accordance with the spirit of ‘cooperative federalism.’

This decision by the Government of India to reduce excise duties comes after months of news reports highlighting the record high prices of petrol and diesel across India. Having crossed the Rs. 100 per litre mark since November 2021,  reports show near a 100% increase in comparison to the retail prices of these fuels in 2016. Such high fuel prices have invariably added to rising inflation in a recovering post-Covid economy.

The Prime Minister’s call to States to cut taxes stirred political controversy and antagonised State Governments. The Chief Ministers of Kerala and West Bengal issued  public statements in rebuttal, detailing they had done their bit by not raising taxes, unlike the Union, which had raised taxes on fuel multiple times.

On the surface, this thrust-and-parry between the Centre and the States seems like ‘business as usual’, political mud-slinging. However, it is worth clearing the political clutter and examining the division of powers dictating the Union and states’ policy on fuel taxation. This leads us to consider the Constitutional provisions and federal framework that prescribes the sharing of such taxes between the Union and states – and that begs for cooperation between the two.

Constitutional provisions and Role of the Finance Commission

Adding to this imbalance is the adoption of the Goods and Services Tax which subsumes most state-level taxes owing to which states no longer have a large amount of their earlier individual resource raising abilities. State Governments are dependent on Constitutional revenue sharing arrangements, While both the Union and states are represented in the GST Council, which decides on the tax rates for goods and services, and which goods and services can be exempted from the GST’s purview, the Union’s voting powers in the Council allow it an effective veto over the Council’s proposals.

However, till date, certain petroleum products remain outside the ambit of the GST. A result of this is that the Union and State Governments continue to have the right to tax these products as they desire. The asymmetry in power allocation under the Seventh Schedule, plus the residual independent powers to tax petrol and diesel post enactment of the GST, make the issue of fuel pricing that much more precious and high-stakes for the Union and the States. This legal scenario forms the backdrop for the present friction between the Union and the States, where both units have been reluctant to lower their revenues by reducing their taxation of fuel.

The Constitution provides an answer to the fiscal imbalance that arises from this asymmetry. Part XII of the Constitution provides a federal scheme for distribution of revenues between the Union and the states. Article 270 of this part is relevant: It addresses the fiscal imbalances that are likely to emerge out of the asymmetrical division of revenue and expenditure powers between the Union and states through (i) the mandatory and vertical devolution of taxes collected by the Union to the states (i.e., the Union should share some of its tax revenue with the States), and (ii) according to a formula recommended by the Finance Commission that is constituted under Article 280 of the Constitution.

A reading of Articles 270 and 280 establishes that the Constitution makes such devolution of resources from the Union to the states mandatory and only leaves the task of determining “how much” to the Finance Commission.

Accordingly, the 15th Finance Commission recommended 41% of funds be allocated to the States from the Central revenues for the years of 2021-2026. The report’s recommendations are intended to promote greater economic efficiency of national tax collection, and promote subnational spending for public goods and services.

The Cess Mess: Cesses and Surcharges as an Exception to Fiscal Devolution

A good bit of the response to the above question is laid bare in the Kerala Chief Minister’s response to the PM, which carried the chief complaint that the taxes were being levied and increased by the Union in a way that does not adhere to the tax share recommended by the Finance Commission.

A closer look at the revenue and sharing arrangements provided under the Constitution helps understand the basis of this complaint. As mentioned above, the Union and State tax petrol and diesel independently. A break-up of these revenue raising powers shows that the Union government charges basic excise duty, special additional excise duty and cess on petrol and diesel. While cesses are used to earn revenue for specific, ear-marked purposes, surcharges are additional taxes that can be levied on existing taxes that the Union has power to levy. State taxes on the other hand comprise mostly sales and value added tax and vary depending on the rates levied by different state governments.

The friction between the Union and state governments on fuel taxation boils down to this: As per the scheme of vertical distribution from the Union to the states laid down under Article 270, the assignable taxes, referred to as the “net proceeds” constitute the divisible pool of funds that can be assigned to the states (i.e., from which 41% allocation is to be made to the states, as per the recommendation of the Finance Commission). Article 270(1) of the Constitution however, excludes cesses and surcharges from this divisible pool. Simply put, the Union can retain taxes charged under the head of cess and surcharges and these are not distributed to the states.

Specific to fuel prices, reports state that the Union has increased taxation of petrol and diesel over the past few years by levying additional cesses, which means that most of the increased revenue generation through fuel taxation does not go to states.

Figures indicate that till recently, close to 95% of the taxes levied on petrol and diesel by the Union is in the form of cess and surcharges and is collected entirely by the Union. The latest report of the 15th Finance Commission notes this increase in cesses and surcharges imposed by the Union, and that it has shrunk the divisible pool available to states over time.

As per data collected by the Petroleum Planning and Analysis Cell, in 2020-21, the Union raised Rs. 3.72 lakh crores as revenue from petroleum products. Of this amount, only Rs. 18,000 crore was collected as basic excise duty, whereas Rs. 2.3 lakh crores was collected as cess and Rs. 1.2 lakh crores as special additional excise duty. Thus, while most of the revenue has been retained by the Union, only 41% of just the basic excise duty which is part of the divisible pool, i.e., Rs. 18,000 crores would devolve to the states.

Thus, along with its superior revenue raising powers, the Union has also been the main beneficiary of tax increases on fuel, as compared to the States. Not only has this shrunk the divisible pool available to states over time, but it has called into question the very spirit of cooperative federalism relied on by the Prime Minister.

A 2018 report by Vidhi, as commissioned by the 15th Finance Commission contends that the Union should lower cesses and surcharges and make their collection and utilisation more transparent. Another Vidhi Report specifically analysing the legal and constitutional issues pertaining to cesses and surcharges, notes the tendency of their rampant misutilisation and underutilisation and recommends that cesses be levied for narrow purposes, while being subject to periodic review.

As noted in the report of the Finance Commission (cited earlier in the article), even though there are other sources of constitutional funding for states, such as through centrally sponsored schemes and other grants, tax devolution from the divisible pool is “the most progressive and frictionless means for States to receive their share of resources.” The erosion of amounts devolved to states under Article 270, by the imposition of cesses and surcharges as the norm, even though they are written in as exceptions to the revenue pool under Article 270, and, by definition, are to be used only for specific purposes, works in defiance of the Constitutional intent of cooperative federalism – ultimately, it is the ordinary citizen that bears the additional burden of taxation.