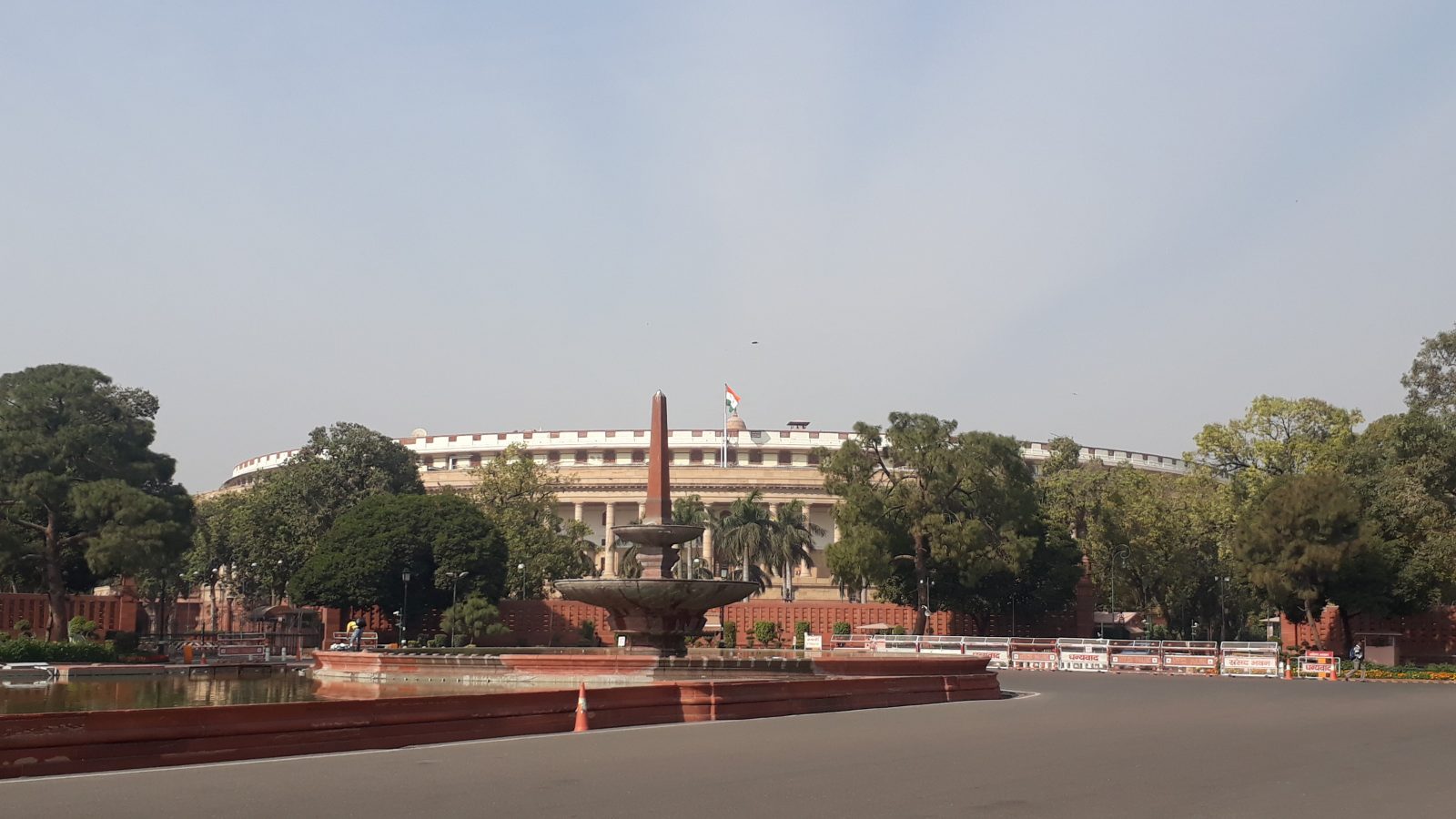 Immediately after the judgement of the Constitution Bench of the Supreme Court of India in NCT of Delhi v Union of India (2018), I had argued that while the court’s interpretation of Article 239AA of the Constitution was sound and correct, all it did was restore an unhappy status quo as regards the government of the national capital territory of Delhi. The flaw, I argued, was in Article 239AA itself. While giving Delhi a legislature which drew its powers from the Constitution (like a State), it also left it with an administrator in the form of an LG (like a Union Territory) with more powers than the Governor of a State.

What Article 239AA effectively did was give Delhi a trishanku government – neither a Union Territory nor a State, and torn between competing visions of what it actually was. Keeping the needs of the nearly two crore inhabitants of Delhi, the best solution, I argued, was to create a trishanku svarga for Delhi – make it a state save for the Cantonment areas under the Delhi Cantonment Board and the NDMC (New Delhi Municipal Council Areas) areas directly under the Union Government. Elsewhere, I argued that the Supreme Court’s judgement was at best a framework for resolving issues arising out of the bad drafting of Article 239AA which has only created more administrative problems for Delhi.

The situation has now been complicated further by the Government of National Capital Territory of Delhi (Amendment) Act, 2021 which has just been passed in Parliament. The Act does three major things:

The ostensible reason for passing the GNCTD Amendment Act is to “give effect” to the interpretation of the Supreme Court of India in the 2018 judgment and clarify the scope of clause (4) of Article 239AA. The scope of Article 239AA(4) had been properly clarified by the Supreme Court itself in NCT Delhi (2018) and no clear reasons have been given as to why the court’s interpretation was causing any issue. The true effect of the Act is much wider and renders it unconstitutional for a variety of reasons.

In interpreting the scope of Article 239AA, the Supreme Court was fully cognizant of the fact that the NCT of Delhi was neither a state nor a Union Territory. However, federalism and democracy are also basic features of the Constitution of India, that is, the powers of the Delhi legislature are derived from the Constitution and the executive has to be accountable to the representatives of the people through legislative assembly. The GNCTD Amendment Act, however, is completely contrary to the provisions of the Constitution and the basic structure.

Findings From the Supreme Court Judgment

To quote a few important findings of the judges in the Constitution bench judgement in NCT of Delhi:

In the opinion delivered by CJI Dipak Misra, on behalf of AK Sikri and AM Khanwilkar JJ):

“(ix) The Constitution has mandated a federal balance wherein independence of a certain required degree is assured to the State Governments. As opposed to centralism, a balanced federal structure mandates that the Union does not usurp all powers and the States enjoy freedom without any unsolicited interference from the  central Government with respect to matters which exclusively fall within their domain.”

Likewise, according to Justice DY Chandrachud:

“(17) While giving meaning and content to the proviso to Article 239AA (4), it is necessary to harmonise two significant precepts:

(i) The Constitution has adopted a cabinet form of government for the Union territory of Delhi by creating institutions for the exercise of legislative power and an executive arm represented by the Council of Ministers; and

(ii) Vital national interests are implicated in the governance of the National Capital Territory.

The doctrines of aid and advice and of collective responsibility give effect to (i) above while the empowerment of the Lieutenant Governor to refer any matter on which there is a difference of opinion to the President is a reflection of (ii) above.”

Similarly, Justice Ashok Bhushan had this to say:

How the GNTCD Amendment Act 2021 Subverts the SC Judgment

What emerges is that:

Section 3: The powers of the Delhi State Legislative Assembly are derived from the Constitution and not from the GNCTD Act. That means the Assembly is free to pass a law on any subject matter within its powers granted under Article 239AA so long as it does not contradict any law made by Parliament. If the LG is of the opinion that a law so passed infringes a law made by Parliament, he can refer the matter to the President for his assent. However, what clause 3 does is to give the LG a new power – to limit the scope of the laws passed by the Delhi Legislative Assembly.

It has been well established by the Supreme Court that the powers of legislative assemblies to pass law includes the powers to incidentally step outside the scope of those powers. As long as the “pith and substance” of a law – that is the subject matter of the law – can be traced to one of the subjects within the State or Concurrent lists in the Constitution. Hence, even if a law incidentally deals with another topic, it will not automatically be unconstitutional. However, Clause 3, which amends Section 24 of the GNCTD Act, allows the LG to refer a Bill to the President even if, in his view, it might incidentally fall outside the scope of the powers of Assembly. This is quite contrary to the provisions of Article 239AA apart from going against the principle of federalism as well. To repeat, the powers of the Delhi legislative assembly come from the Constitution and cannot be curtailed by Parliament through ordinary legislation.

Section 4: This clause, which amends Section 33 of the GNCTD Act relating to the powers of the Delhi Legislative Assembly to make rules for the conduct of its business, states that such rules will not cover “day to day administration” and “administrative decisions” taken in the context of Delhi. The first problem with this clause is that it has no clear definition of what the terms “day to day administration” and “administrative decisions” are. Nor are these terms defined in the GNCTD Act itself.

If one were to take the dictionary interpretation, nothing that the Delhi administration and bureaucracy does can be questioned by the Delhi Legislative Assembly through its committees. This would obviously militate one of the fundamental features of Parliamentary democracy – of the executive being accountable to the legislature. If the law laid down by the Supreme Court in NCT of Delhi (2018) is applied, this would amount to an unconstitutional curtailing of the powers of the Delhi legislative assembly.

Section 5: Although ostensibly seeking to “clarify” the Supreme Court’s constitution bench judgement in NCT of Delhi (2018), this amendment most directly contradicts it. The Supreme Court held (unanimously) that constitutionally the LG’s concurrence is not necessarily required for all decisions of the Council of Ministers. Clause 5 however seeks to try and get around this by mandating that no decision of the council of ministers is to be implemented without getting the opinion of the LG under the proviso to Article 239AA(4). This is a dubious interpretation of the proviso to Article 239AA(4) and effectively makes every decision of the Council of Ministers subject to the concurrence of the LG. It attempts to do indirectly what the Supreme Court forbade expressly in its constitution bench judgement and give the LG powers he/she does not have under the Constitution to impede the functioning of the elected Council of Ministers.

In effect, what the Act has done is to negate the judgement of the Supreme Court in NCT of Delhi (2018) and restore the judgement of the Delhi HC which had in effect turned Delhi into a princely state where the elected Chief Minister and their council of ministers could take no decisions and only advise the LG in whom real authority vested. This is of course completely contrary to the structure and purpose of Article 239AA of the Constitution as interpreted by the Supreme Court in NCT of Delhi (2018). The GNCTD Amendment Act seems to attempt to unsettle the settled constitutional position on the powers of the elected government of Delhi and the LG and seeks to indirectly amend the Constitution itself.