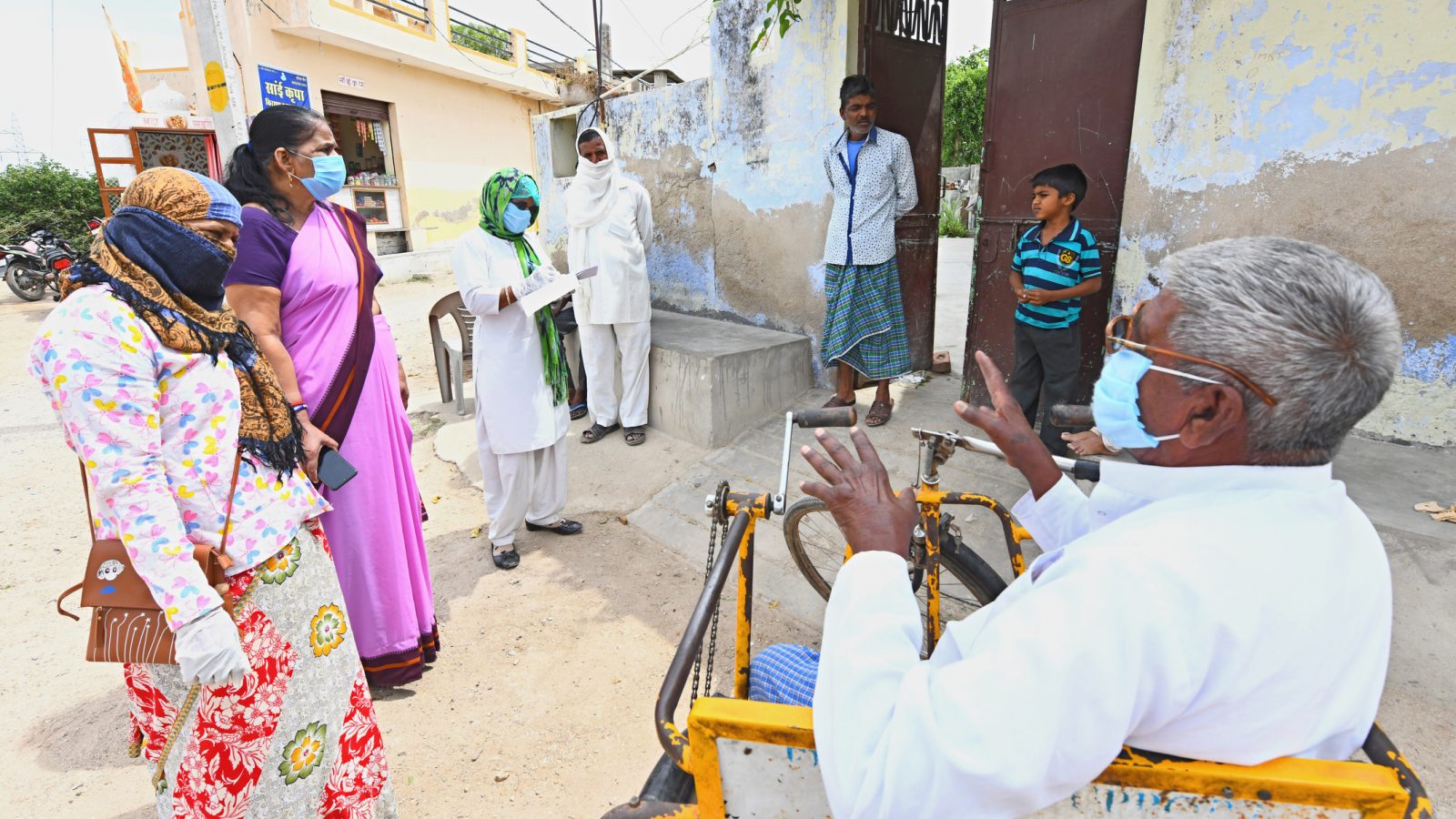 Disability and Access to Cities: Moving from Piecemeal Inclusion to Mainstreaming

The city as an urban space can seem like a living organism in itself. It contains sprawls of human settlements, plants and animal life — particularly the Indian city which is a hybrid creature comprising planned, displaced, and jugaad settlements. It grows outwards.

Urban design and architectural and municipal practices – constructing ‘officially’ designed portions of cities – inevitably create categories of who belongs within the city, and who does not. It is important for us as inhabitants and users of city-spaces to consider the actual bodies and people for whom these spaces are designed.  Who lives or roams in our cities? Who occupies its public parks, cinema theatres, malls and government buildings? Who has been forcibly removed to set up these officially designed spaces? And who is forced indoors, unable to access the city at all?

From Inclusion to Mainstreaming

To consider cities as home to persons with disabilities, an expansive imagination is required about what bodies look and behave like, in order to design spaces that can be used by everyone. A common phrase used by the disability community is ‘access is love’.

According to the UN Convention on the Rights of Persons with Disabilities, ‘accessibility’ is a precondition for persons with disabilities to live independently and participate equally in society. Further, taking into account the precedent set by the International Convention on the Elimination of All Forms of Racial Discrimination, accessibility includes right of access to any place or service intended for use by the general public, such as transport, hotels, restaurants, cafes, theatres and parks.

India’s Rights of Persons with Disabilities Act (2016) enumerates six broad categories of disabilities and lays down the responsibility of the central and state governments to formulate and implement measures to make ‘physical environment, transportation, information and communications, including appropriate technologies and systems, and other facilities and services provided to the public in urban and rural areas’ – accessible.

However, in practice built environments and virtual spaces integral to cities are typically designed to exclude persons with disabilities. A few examples illustrate this:

As disability scholar Tanya Titchkosky writes, disability is usually accommodated through inclusion measures, which make disability exceptional in bureaucratic spaces, instead of mandating access as the norm.

For instance, persons with disabilities using documented certification or proof of disability usually seek access through ‘accommodations’ and existing mechanisms of ‘inclusion’ that are laid out on paper  towards ticking the diversity box for an institution. However, these paper provisions do not necessarily transform the university into an actually inclusive or accessible space, even though the individual with disability may have been ‘accommodated’. In fact, such persons are often positioned to become ‘problem’ students or employees whose disability is seen as an ‘individual problem’.

In short, the location of disability is shifted from the institution that is not inclusive to the body of the student or employee who is presented as having a lack.

The Paradox of Bureaucracy

Titchkosky calls this the paradox of bureaucracy. Here, processes put in place to avoid personal arbitrariness and instead standardise actually prevent the organisation from being able to respond to an individual’s needs. For instance, the accommodation of a ‘two-hour extension’ of a final examination for someone with dyslexia does not transform the idea of examinations into something designed for all kinds of persons and bodies.

Further, when conceptualising accessibility, the go-to response is usually wheelchair ramps for locomotor disabilities — although even that basic measure is sorely lacking in Indian cities. Disabilities such as mental illness are left out of the imaginative sphere and, consequently, policy entirely. This leads to massive disempowerment and exclusion from public spaces for such persons.

For instance, in case of a severe mental illness like schizophrenia, access to a public space is contingent on the provision of quality public mental healthcare (including daycare centers or a district mental health clinic in the Primary Health Centre) within the individual’s local community. As per the Mental Health Care Act 2017, state governments in India are bound to provide ‘less restrictive community-based establishment, including halfway homes, group homes and the like (such as daycare centers)’ for all persons with disabilities.  Again, this is yet to actually happen at scale across the country.

The Way Forward – Can Legal Reform Play a Role in Making Accessibility and Universal Design the Norm in Designing a City?

If access were viewed as a public right that is to be enabled by cities in planning – considering the broadest possible embodiment based on Universal Design Principles – while accounting for regional context, as advocated previously by disability scholars and activists, then urban spaces would have mainstreamed it in the true sense.

Vidhi is currently examining existing municipal and planning law frameworks in India to determine how they might ensure disability justice in the context of access to the city, along with consulting persons with disabilities and disabled people’s organisations across states. The question the ongoing research is trying to answer is – can law and legal reform play a role in making accessibility and universal design the norm in designing a city? How might we make this a standard, ground-up feature via local-governance, by identifying areas of reform where there are gaps in implementation, and scaling up existing models that already work?

Riddhi is an Associate Fellow, Vidhi Karnataka and a guest writer. She reports and researches on the intersections of disability and public health, most recently having published a series on Covid-19 and severe mental illness with IndiaSpend.