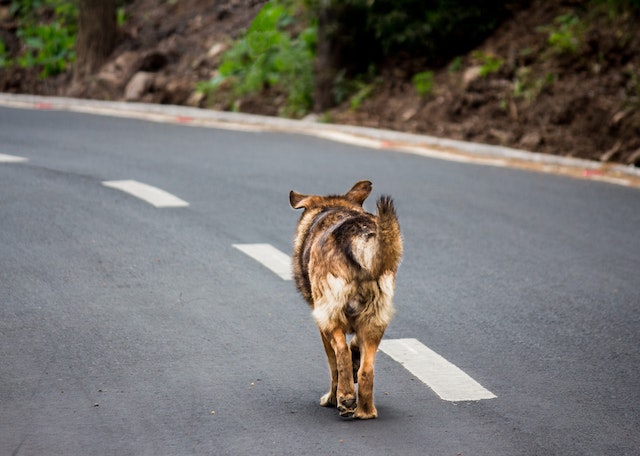 An Analysis of 20 years of Regulating ‘Street Dogs’

On 25th August, the Central Government published a draft of the Animal Birth Control Rules, 2022 soliciting public comments. The proposed rules seek to replace the Animal Birth Control (Dogs) Rules, 2001 to address existing gaps. Even as the 2022 Rules propose to bring about procedural changes and add responsibilities at multiple levels, the fundamental approach of using sterilisation to manage the dog population remains unchanged. This blog identifies key problems with the sterilisation approach.

To manage the dog population, the Central Government introduced a policy intervention in 2001. Both the 2001 rules and the 2022 rules envisage controlling the dog population by performing sterilisation surgeries. Structuring any policy requires developing models of causation, instrumentation, and evaluation, and then finding ways of linking these three models. However, neither of the two sets of rules formulated 20 years apart are based on empirical evidence. There have  been no dog surveys conducted nor do the rules require one. Further, the policy has not carefully addressed the free-ranging dog population’s birth inflow. It is pertinent to note that the inflow can be both through free-ranging dogs living on the streets as well as through pet dogs living in houses. The lack of precise data over time exhibits the lack of scientific rigour in the policy approach.

Both the 2001 and the 2022 Rules classify dogs into two categories: (i) pet dogs, and (ii) street dogs. Street dogs also include community-owned Indian dogs or abandoned pedigreed dogs, which are homeless and are living on the streets or within a gated campus. This classification is based on the ownership and spatial location of dogs.

However, ‘street dogs’ as a classification suffers from reductionism because it clubs every dog that is not owned by an individual and does not live inside a home into a single category. Such a classification makes the street the singular site of intervention. Consequently, the rules fail to inculcate a holistic approach, including  comprehensive and localised interventions.

Moreover, the term ‘street dog’ leads to a legally grey area. A ‘street dog’ can be adopted and owned by an individual, which changes its legal status to a pet dog. However, a dog can just as much be abandoned and forced to live on the street by an individual, eventually changing its status to a street dog. Instead of using terms such as ‘street dogs’ for classification, the term ‘free-ranging domestic dogs’ should be adopted. The term ‘free-ranging domestic dogs’ is a scientific term used to define domestic dogs with no owner and whose movements and activities are not limited by human beings but may interact with human beings, including receiving food, petting, harassment etc.

The first two decades of the Animal Birth Control Rules have empirically revealed the unfeasible nature of the sterilisation approach. According to the State of Pet Homelessness Index 2020, carried out by American pet-care firm Mars, India has 62 million ‘street/stray’ dogs. With a score of 2.4, India has been ranked last out of nine countries by the Index.

The Government has not taken this or any other data into account, nor has it conducted a dog census. Additionally, it is important to consider the fact that this population is haphazardly distributed through the diverse spatial geography of the country. To manage a dog population of 62 million through sterilisation requires massive capital, institutional & infrastructural capacity and resource personnel, which does not exist at present. Furthermore, because it is impossible to sterilise all the dogs in all the areas simultaneously, the unsterilized dogs will always “spill over” into areas where sterilisation has been done.

Dogs are scavengers by nature, so they tend to consume food from the food waste generated and not properly managed by humans. An abundance of food waste facilitates an increase in the dog population. The truth of the matter is that cities offer little refuge to free-ranging dogs in order to live a quality life. Prone to the risk of living in the sweltering heat, being run over, starved or injured, dogs merely survive on the streets.

Hence, it may be argued that the Animal Birth Control Rules fail to achieve the objective of preventing the infliction of unnecessary pain or suffering of animals under the Prevention of Cruelty to Animals Act because free-ranging dogs continue to live in “relative emotional and mental poverty”.

Additionally, the Rules do not take into account the human facilitation of the problem. Having to survive on the inefficient waste management system as a food source and irresponsible feeding through people is not a dog but a man problem.

To a certain extent, the Animal Birth Control Rules, 2001 sought and achieved stability and public safety between dog-people relationships while reducing the abundance of domestic dogs on the streets through ovariohysterectomy and castration. Waves of increase in the population of dogs and accelerated canine-mediated rabies cases have stimulated local authorities, government and judiciary to intervene and implement this scheme time and again.

However, due to this focus on sterilisation and maintenance of dogs on the streets rather than population management, we seem to have come to a standstill not only with respect to the increasing numbers of dogs but also vis a vis the rising public health issues around them such as rabies and norovirus.

In sum, the primary decision we need to make is whether we want to have dogs on the streets perpetually or gradually decrease their population by incentivising adoption and shifting them to dog shelters. Alongside sterilisation, the rules, therefore, must build a framework that considers waste management and responsible dog ownership to manage the dog population. It is vital to reverse the anthropocentric gaze and envisage a long-term ecocentric policy intervention which eradicates the barrier of spaces (streets) and also regulates human behaviour in managing the dog population.

Arushi Malik was an intern with the Climate & Ecosystems team at Vidhi during the month of September, 2022.