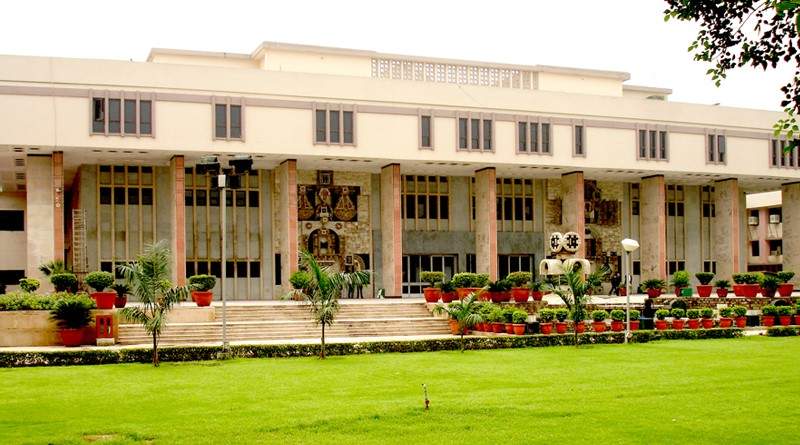 The judiciary’s varied stances on the Right to Information (RTI) Act, 2005  paint a confusing picture with regard to its relationship with transparency. While it has actively imposed an obligation on public authorities to comply with the tenets of the Act, the judiciary itself has on several occasions shied away from meeting the prescribed transparency standards, as illustrated later in the post.

Yet in a welcome step, the Delhi High Court by a notification dated March 2, 2020, has amended the Delhi High Court (Right to Information) Rules, 2006 (‘the Rules’) to simplify the procedure prescribed therein, bringing the Rules closer to the parent Act, that is, the RTI Act.

Amendments made by the Delhi High Court correspond to the recommendations made in Vidhi’s 2019 report ‘Sunshine in the Courts- Ranking the High Courts on Their Compliance With the RTI Act’.  This blog looks at how the High Court has gone about making the rules more citizen friendly, and urges other High Courts to follow suit.

The amendments: A closer look

The essence of the RTI Act lies in the simple procedure that it prescribes to enable citizens to exercise their fundamental right to information.

All High Courts have notified their respective RTI Rules in exercise of this power. However, as a well established principle of delegated legislation, these rules cannot be contrary or impose an obligation on the citizen which is over and above the parent legislation. Unfortunately, the reality is that the RTI Rules of multiple High Courts continue to be violative of this principle.

The following amendments introduced by the Delhi High Court correct such aberration by aligning the High Court’s Rules with the RTI Act and by further making it easier for citizens to seek information from the High Court:

Vidhi’s report evaluated the performance of High Courts as public authorities under the RTI Act based on four scoring indices:

1. the legality of their rules vis-a-vis the RTI Act,

3. the actual practice followed by the Public Information Officer in responding to requests,

4. the proactive disclosures under Section 4 of the Act.

Judiciary and transparency – a complicated relationship

The judiciary has a complicated relationship with transparency. While in the initial years after the passing of the RTI Act, it was faithful to the promise of transparency especially when it applied to other public institutions, it has been tiptoeing around subjecting the judiciary to the same level of public scrutiny. Two judgments in the recent past make it clear that the Supreme Court is trying to circumvent the promise of transparency enshrined in the RTI Act.

The first judgment though seemingly brought the office of the Chief Justice within the ambit of the RTI Act, it also concomitantly widened the scope of information that could be denied under the exemptions under Section 8 (1)(j) of the Act which covers personal information. (CPIO v SC Agarwal) The court made it clear that access would be conditional on satisfaction of public interest.

The more recent judgment Chief Information Commissioner v. High Court of Gujarat, which excluded pleadings from the purview of the RTI Act, does even more damage to the cause of transparency. This was based on flawed reasoning for the court found that the existing procedure to seek records under the High Court Rules was similar to the ones prescribed under the RTI Act.

This is patently wrong. The RTI Act provides for a procedure of seeking information and guarantees information as a right. The High Court Rules undoubtedly have provisions which allow for strangers seeking pleadings etc, but it is procedurally cumbersome and dependent on the discretion of the Registrar, thereby restricting access to information in comparison to the RTI Act.

The right to know has been acknowledged as a part of the freedom of speech and expression through various judicial decisions. The RTI Act is a powerful tool which provides a statutory procedure to exercise this right. The amendments made by Delhi High Court should therefore be welcomed. High Courts are independent public authorities under Section 28 of the RTI Act and it is heartening to see the Delhi High Court clarifying and simplifying the procedure through which citizens can seek information about its functioning.