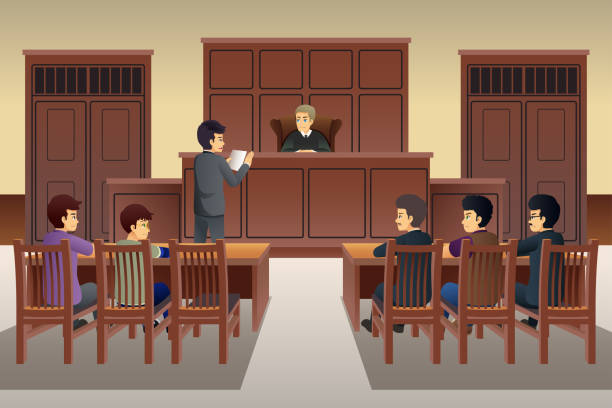 The Quest for Prosecutorial Independence

In India, the development of prosecution into its own institution has been a slow and gradual process. Historically, the office of Public Prosecution has worked under the control of police or/and the district administration.  The lack of independence and responsibility for prosecutors resulted in their insignificant role in crucial prosecutorial functions such as initiating the prosecution, gathering relevant evidence and withdrawing the case (an instance where the prosecutor enjoys discretion under the law). These significant functions were performed by police officers who often lacked the knowledge of evidentiary and procedural laws.

Over the years, several reports by the Law Commission of India and judgments of the Supreme Court recommended separation of prosecution from the police department. This has resulted in amendments to the Code of Criminal Procedure, 1973 (Code) to enforce such separation and establish a more organised office of Public Prosecution. However, as elaborated below, several states are yet to incorporate these changes suggested by the Code.

On several occasions, the Supreme Court has stressed the establishment of an autonomous institution for prosecuting trials in the courts. However, in these judicial pronouncements, little attention has been paid to the manner in which the trials are handled by the prosecutors in different states. The task of studying the role and function of prosecution assumes great importance in an environment where the state is accused of compromising the integrity of the criminal justice system and criminalising the seemingly unwanted conduct of its citizens. In this context, this report seeks to continue the conversation on prosecutorial reforms where the independence enjoyed by the office is studied in detail and structural factors that impinge on its autonomy are identified.

The Structure of the Prosecution System

The 2005 amendment to the Code introduced section 25A which suggested the establishment of a well-structured Directorate of Prosecution separate from the control of police agencies and under the administrative control of the home department of the state governments. However, it still does allow for the level of functional autonomy required for public prosecutors to execute their role optimally. The figure below represents the structure of the Directorate as suggested by section 25A of the Code.

While the structure prescribes a separate and organised prosecution system led by the Director of Prosecution, multiple states have digressed from the scheme outlined in the Code. Further, many states have made attempts to extend executive interference in the functioning of the office of prosecution through excessive control over the appointment of the prosecutor bypassing the need to consult the judiciary, and/or in their reluctance to establish a prosecutorial cadre in the state. (For detailed analysis, refer to page 16)

The power to appoint prosecutors for the High Court and the District Courts belongs to both the central government and the state governments. This power is not absolute as the process requires consultation with the judiciary. This is supposed to act as a check on the executive power. However, the executive in some states has attempted to circumvent the consultation requirements by amending the provision of section 24 as they apply to the state. Such amendments infringe the statutory provisions and eliminate the role of the judiciary in the appointment of prosecutors to the courts. (For detailed analysis, refer to page 19)

The power of the centre and state government to appoint SPPs under section 24(8) of the Code is a special power under which the government holds the discretion to appoint any advocate with more than 10 years of experience to conduct the prosecution in a case or a class of cases. Unlike the provision for appointment of other prosecuting officers, this provision does not offer any check on the executive power of the government to appoint the SPPs.  SPPs are typically appointed to special cases – in practice, these are often cases of political significance – while PPs conduct prosecution for all cases.

Further, the provision does not offer any guidance or directive on the cases where the exercise of such special powers will be warranted. In absence of such guidance for the executive, the governments have widely exercised this power to appoint SPPs, especially in cases that attract public attention.  Increasingly, governments are using this provision in cases that attract public scrutiny to oust regular prosecutors and ensure that they are influencing the trial through the conduct of the prosecutors. (For detailed analysis, refer to page 21)

Challenges in establishing a prosecutorial cadre

The 1978 amendment to the Code sought to introduce a prosecutorial cadre constituted by state governments. However, it did not define this ‘regular cadre’ or provide any clarification on the structure. This led to confusion over the promotion of Assistant Public Prosecutors (Asst. PPs) in Magistrate Courts as Public Prosecutors (PPs) and Additional Public Prosecutors (Addl. PPs) in District Courts and High Courts. Asst. PPs are typically appointed through a uniform examination while the State, in consultation with the judiciary, would appoint the Addl. PPs and the PPs. Now, given the amendment mentioned above, the state contended that it would not promote Asst. PPs to the ranks above as part of the ‘regular cadre’. The issue finally reached the Supreme Court. However, the Supreme Court in the KJ John v State of Kerala (AIR 1990 SC 1902) held that a ‘regular cadre’ as mentioned in section 24(6) of the Code comprised a service with Asst. PP at the lowest level and PP at the top. This has been subject to multiple litigations, and combined with the dilution of the provisions through state amendments, many states have still not appointed the prosecutorial cadres. (For detailed analysis, refer to page 25)

While the Code provides for an autonomous structure of the office of public prosecution, the prosecutors hold a limited role in key functions such as deciding whether the accused should be sent to trial and in framing charges against the accused.

Further, where the prosecutor does enjoys such decision-making power as per the law, such as under section 321 of the Code (withdrawal from prosecution), the administrative control of the governments over prosecuting officers and the general lack of independence makes it difficult for a prosecutor to exercise her prosecutorial discretion.

Prosecutorial discretion at the investigation stage

As opposed to the trend followed across some Commonwealth nations, a prosecutor plays no role in recommending prosecution. In India, this role is played by the police department through the filing of the Final Report. In recent years, while some states have introduced mechanisms for the prosecutor to scrutinise the Final Report prepared by the police, thereby giving them a role in the process of recommending prosecution, this is not uniform across states. (For detailed analysis, refer to page 30)

Role of the prosecutor at the stage of charging

This trend has also been criticised by the courts in India, including the Supreme Court in Ramnaresh v State of Madhya Pradesh (2016 SCC OnLine MP 838). When the prosecutor has no say in either the investigation or the decision to charge, it is difficult to effectively assist the court. (For detailed analysis, refer to page 32)

Section 321 of the Code entrusts the prosecutor with executive power to withdraw the prosecution, with the consent of the court. This power is to be exercised by her in furtherance of the objective of law and to promote public justice in the larger sense – social, economic and political.

However, as a result of the amendments by the state government, the power to withdraw cases cannot be freely discharged by the prosecutor given the bureaucratic sanctions she has to obtain from state functionaries. Further, the administrative control of the governments over prosecuting officers and the general lack of independence makes it difficult for a prosecutor to apply her independent mind and/or protest any direction by the government to withdraw the prosecution.

Consequently, while the provision for withdrawal of cases is sparsely used by the prosecutor on her own accord, its invocation primarily appears to be driven by political motives. (For detailed analysis, refer to page 34)

The quest for prosecutorial independence

The institutional arrangements that the prosecutors operate within have a significant influence on the discharge of their responsibilities inside the courtroom. While in the past, efforts have been made to ensure the independence of the prosecution from police agencies, the independence of prosecution from the state executive is equally important for the optimal functioning of the office of public prosecution. The judiciary has in the past made passing references to the need to ensure prosecutorial autonomy. However, for this to translate into reality, laws and rules involving their appointments and functioning would necessarily have to be amended. It is evident that the strongest push towards prosecutorial reforms needs to come from state legislatures.

While implementation section 25A of the Code is crucial for an organised office of prosecutions, the states should focus on other areas concerning prosecutorial independence in both its structure and function:

(For detailed analysis, refer to page 39)