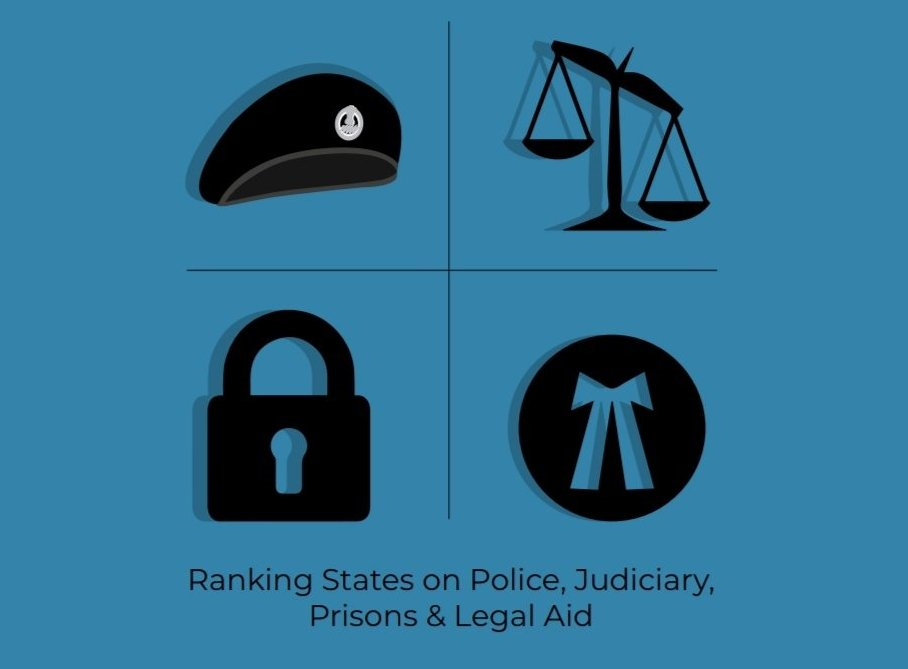 The second edition of the India Justice Report (IJR) is all about comparisons and tracking the rise and falls in each state’s structural and financial capacity to deliver justice, using the latest available government figures. The first ever ranking was published in November 2019. The ranking is based on quantitative measurements of budgets, human resources, infrastructure, workload, diversity across police, judiciary, prisons and legal aid in 18 large and medium sized states with a population of over 1 crore and seven small states. Data for seven Union Territories (UTs) and four other unranked states is also provided.

IJR 2020 not only provides pillar and theme wise comparisons between similarly situated states one against another, but also allows for an understanding of what improvements and shortfalls have been made within each state’s own pillars and themes since IJR 2019 and over 5 years. Vidhi partnered with Tata Trusts, Centre for Social Justice, Common Cause, Commonwealth Human Rights Initiative, DAKSH, TISS–Prayas, and How India Lives for this report. The maiden India Justice Report was announced in 2019.

The report was originally published on the Tata Trusts website.