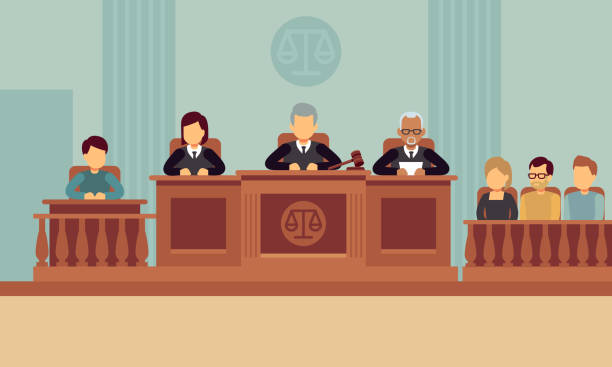 The JALDI Constitution Bench Pendency Project, in its first phase, is a comprehensive tracker of all pending cases before the 5 Judge, 7 Judge and 9 Judge Constitution Benches of the Supreme Court. It aims to be a one-stop source to understand the importance and potential implications of these cases through systematically organised case information along with easily accessible external resources.

What are Constitution Benches?

Under Article 145(3) of the Constitution, matters ‘involving a ­substantial question of law as to the interpretation of the Constitution’ are required to be decided by a minimum of five judges. These benches of the Supreme Court, often involving five, seven or nine judges, are called Constitution Benches.

While a significant amount of literature has been individually published about the jurisprudence these landmark cases helped create, empirical research on the functioning of these benches is few and far between. Recognising this lacuna, Nick Robinson and others conducted a study, a decade ago, examiningall the constitution benches that had been set up since India’s independence until the end of 2009. The research studied voting patterns, the length of judgments, foreign citations and winning party among others. In the recent past, shorter pieces that examine the judgments delivered by these benches have also been published. There is also an ongoing project which studies the Supreme Court, which in its research also touches upon constitution benches. However, none of the above studies comprehensively examine all the cases pending before these benches or conduct an analysis of the associated aggregate statistics. This Constitution Bench Pendency Project is an attempt to plug this gap.

Pendency before the Constitution Bench

As a part of the process of consolidating the cases before it, the Supreme Court now regularly publishes statistics on the number of pending cases, including the number of pending constitution bench cases. These numbers are also bifurcated into the number of main and connected matters. The itemised list on the other hand, is available at the terminal cause list published on the website. Unfortunately however, during the course of our research we found that the list of cases on the terminal causelist fluctuated sporadically without any of the missing cases being heard in court. To ensure a fixity and authority in numbers, we filed an RTI application with the Supreme Court. The results in the present portal reflect the cases pending before the Supreme Court as on 8 March 2021. However, cases disposed of till 1 January, 2022 have been excluded from the dataset. A culmination of this exercise found that there are 35 main constitution bench matters pending before the Supreme Court. Since quite often, one case might dispose of multiple connected matters, a total of 587 cases are pending before these benches.

The present tracker examines these cases and hopes to provide the user an in-depth understanding of each of these cases in an accessible form. For every case, the portal explains the timelines of events and orders, information on facts, questions of law, arguments, precedents and legislations under challenge. The further readings section hopes to act as a resource for those individuals looking to explore these cases in even more detail. The portal also charts the tagged matters and their pendencies. Since the research mentioned above has found that the number of these benches has consistently dwindled over time, we hope that this portal highlights the need for this particular aspect of the Supreme Court’s pendency to be addressed with gravity. We think that these cases require special emphasis since they involve critical questions of law that only the Supreme Court in its judgment and eminence can resolve.

The entire JALDI team, with the assistance of Kautilya Fellows, worked on this project.