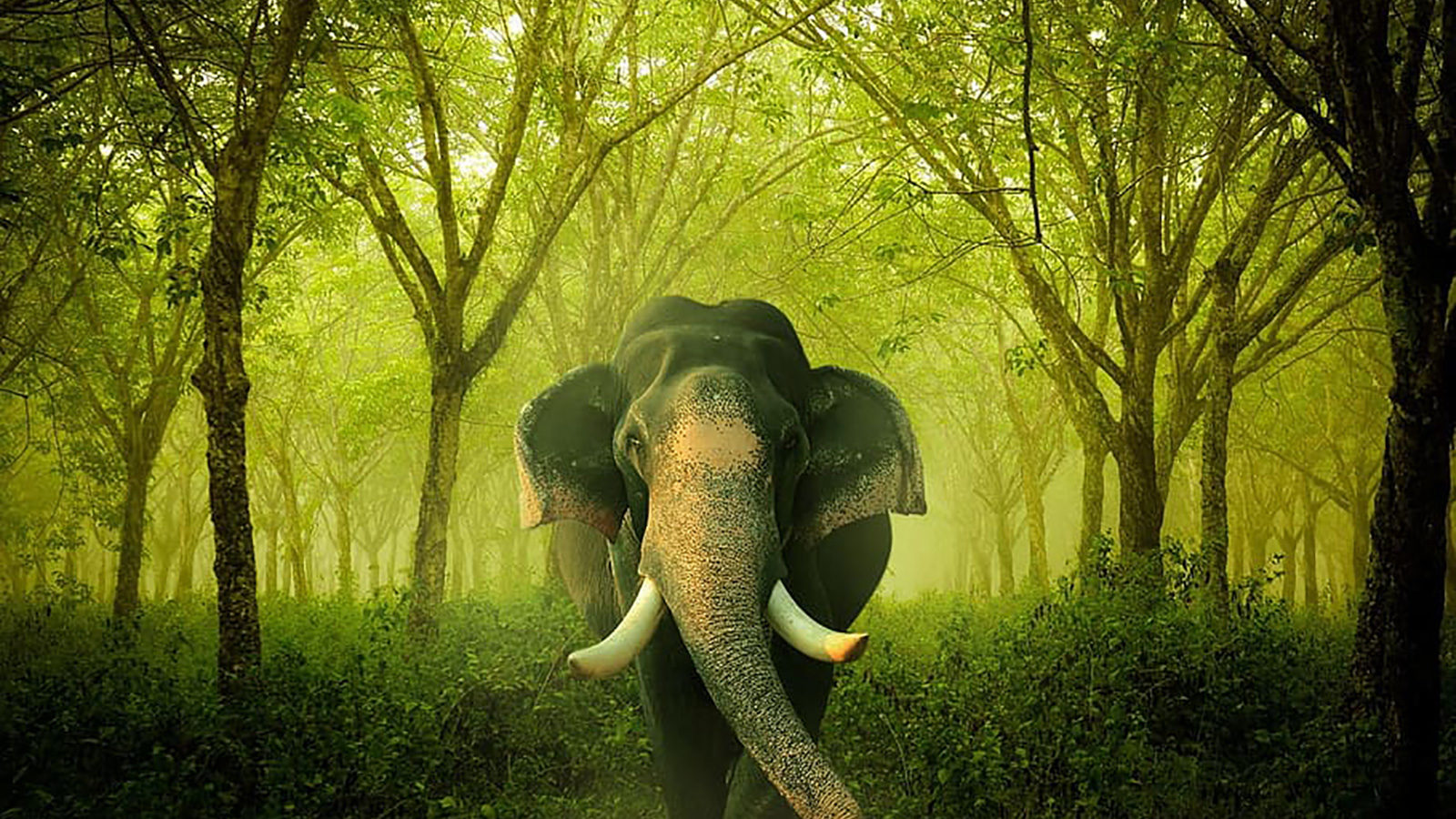 An analysis of the current system of compensation, and a proposed law to bridge gaps

Summary: A Report that focuses on the need for a comprehensive Human Wildlife Conflcit Compensation Law in Karnataka to increase transparency, efficiency and protect wildlife from retailatory attacks for damages caused by them.

As a result of increasing urbanisation and industrialisation, India’s wildlife exists alongside heavily human-dominated and cultivated landscapes, and within a network of protected areas. An inevitable consequence of urbanisation is increased interaction between humans and wildlife, leading to continued loss of lives, livestock, resources and habitats. The animals, many of which are already threatened or endangered, are often killed by humans in retaliation or to ‘avoid’ future conflicts.

Vidhi’s report ‘Human-Wildlife Conflict in Karnataka’, co-authored with the Centre for Wildlife Studies, highlights these and other lacunae, and proposes a comprehensive legal framework – a Karnataka Human Wildlife Conflict Compensation Law – for the disbursal of compensation. The proposed law aims to increase the transparency of the compensation process in the state, and foster co-existence between Karnataka’s wildlife and people.

2. Existing legislations and regulations on human-wildlife conflicts in Karnataka, and literature on conservation and mitigation practices in India

3. Compensation laws such as the Workmen’s Compensation Act, 1923, and the Motor Vehicles Accidents Act, 1988

Conflicts and compensation in India 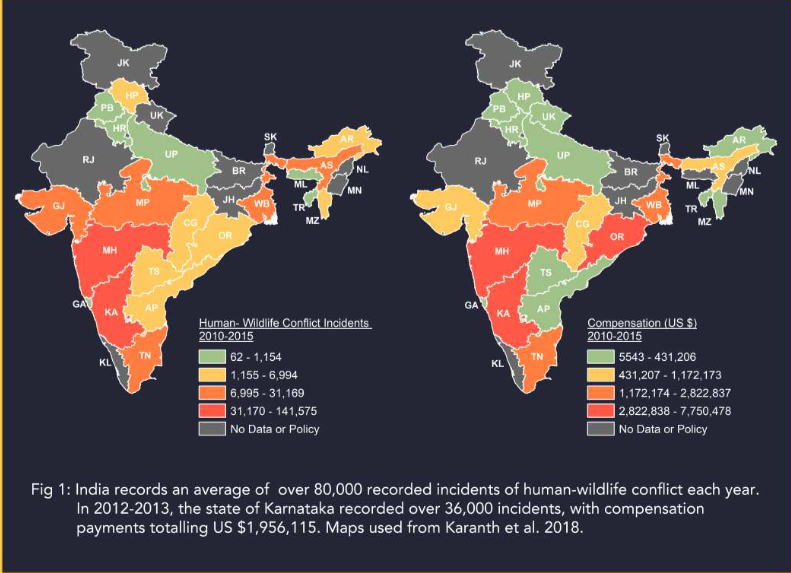 1. No official definition of ‘wildlife’: The current policy is in operation through promulgation of Orders by the Government of Karnataka. The Orders merely state that the State will provide ex-gratia payment or compensation for human-wildlife conflicts. There is no official definition of the terms ‘wildlife’ or ‘wild animal’ in the policy. This gives on-ground officers excessive discretion to interpret the policy as they deem fit.

2. Complicated compensation disbursal process: The policy involves multiple wildlife authorities during the process of distribution of the compensation, leading to an increase in bureaucratic hurdles and transaction costs for claimants.

3. No fixed criteria to calculate compensation: The current policy provides compensation for five kinds of damages namely, the death of, or injury, to humans, crop damage, livestock injury or death, and property damage. However, there is no fixed criteria for calculating the amount of compensation and the weight given to each damage.

4. No fixed list of documents to be submitted: The current system of payment of compensation lacks a comprehensive and standardised iteration of the types of evidence needed to be submitted by a victim, leading to extra time and money spent to process certain documents.

5. No upper time limit for compensation: There is no specified time limit for the payment of compensation to victims. On-ground evidence shows that officers often delay processing claims till a certain number of claims are amassed.

6. Dependence on Central Government for funds: Currently, the Karnataka government uses funds from several schemes, including those of the Central Government, for disbursal of compensation. There is little oversight on the management of these funds.

1. The law must have a clear definition of the term ‘wildlife’ officially included in the government policy, and a clear iteration of the fact that the term ‘wild animals’ refers to those as defined under the Wildlife Protection Act, 1972. It should also contain an exhaustive list of definitions to avert any inconsistencies.

2. Rejection of claims for compensation should be based on predefined grounds such as lack of evidence, fraudulent claims, or for conflicts occurring within protected areas. The law must also provide for contesting an order of rejection.

3. For each of the five kinds of damages that the Karnataka law provides compensation for, a separate objective criterion should be applied for calculation of the amount. A criterion should also be developed for the weight given to each for the calculation of the compensation amount. This must also allow for distinction on the basis of species, market value of property damaged and crops damaged.

4. The proposed law must have a clear set of evidentiary requirements. This will prevent multiple wildlife ranges from creating their own set of requirements. For instance, standard requirements for the number of photographs needed, documents to be included with the claim, etc. must be set out clearly to avoid rejection of claims.

5. The law must mandate time limits for both filing of claims and payment of compensation. The report has a recommended timeline for compensation claim filing and payment (See page 29).

6. An oversight committee comprising senior staff from the State Forest Department, IAS Officers, and local politicians should be constituted to ensure there is adequacy of funds for ex-gratia compensation.

The above recommendations for the proposed law aim to make implementation easy while also reducing inconsistencies and arbitrariness in the current system. It is therefore imperative that the Karnataka Human-Wildlife Compensation Law be enacted urgently in order to simplify and enhance the provisions regarding human-wildlife conflict compensations.

The recommendations in this report are relevant for other states too as they don’t have a comprehensive law currently and are depending on non-standardised orders.