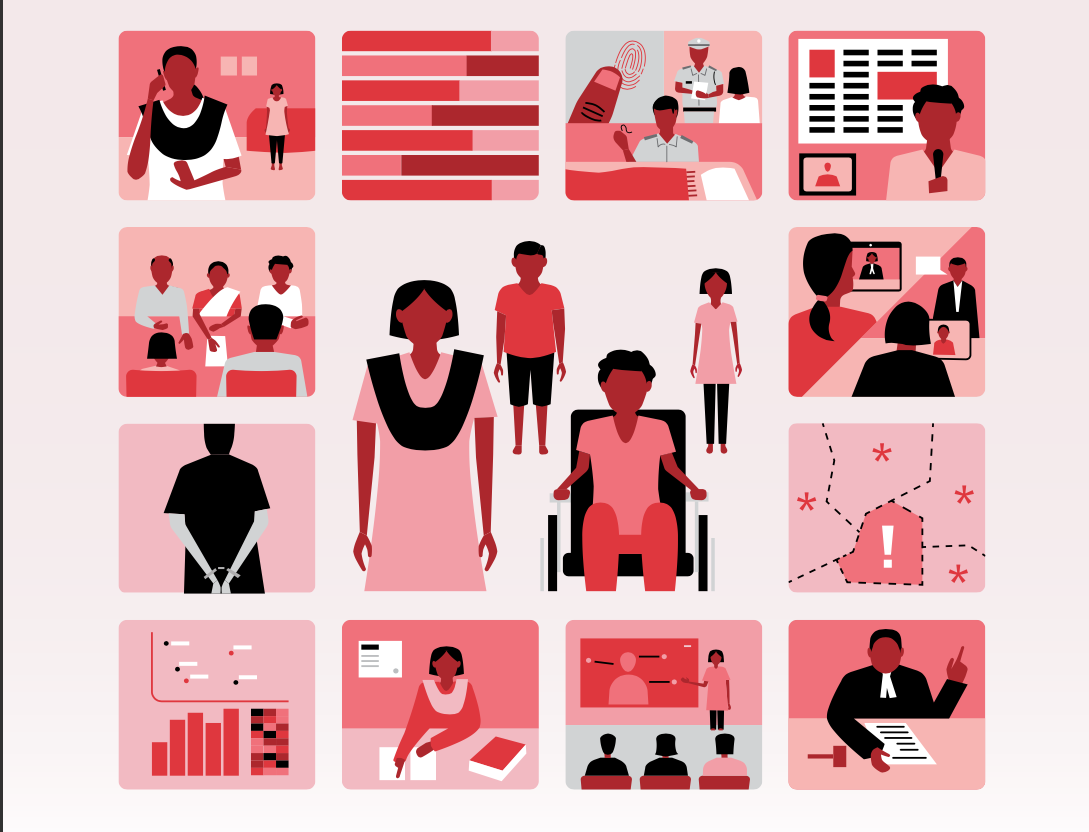 A Decade of POCSO: Developments, Challenges and Insights from Judicial Data

On November 14, 2022, the Protection of Children from Sexual Offences (POCSO) Act completes a decade of being on the statute books in India. When enacted, the POCSO Act marked the culmination of years of campaigning for a dedicated domestic legislation on child sexual abuse.

10 years is a reasonable time period to analyse how this legislation has been functioning and how far it has achieved its stated objectives. This examination of POCSO is also an opportunity to reflect on what has worked and what needs to be improved in the criminal justice system’s response to child sexual abuse.

To this end, the Justice, Access and Lowering Delays in India (JALDI) Initiative at Vidhi Centre for Legal Policy has collaborated with the Data Evidence for Justice Reform (DE JURE) program at the World Bank to study the role of the judiciary in the implementation of the POCSO Act in India.

What the study does

This study assesses the implementation of the POCSO Act in the last 10 years by analysing case laws, policy interventions and case metadata collected from eCourts. Since the Special Courts set up under the POCSO Act perform a critical role in the achievement of the above purpose, this study is centred around data on POCSO courts scraped from eCourts.

Further, to understand how courts, particularly the higher judiciary, have interpreted the provisions of the POCSO Act, we undertook an extensive study of case law emanating from the higher judiciary and policy interventions. Additionally, we conducted interviews with multiple stakeholders in the child protection ecosystem to understand the ground realities. In order to lend support to our findings from eCourts metadata, we undertook a judgment analysis for a small sample of cases.

However, what sets this study apart and enables it to significantly contribute to the analysis undertaken by multiple studies that have come before it is the enormity of the dataset that this study hinges on.  We collected metadata for nearly 4,00,000 POCSO cases (spanning 28 states and union territories) and cleaned it to provide an in-depth analysis for 2,30,730 cases to understand the pendency and disposal patterns.  The sheer scale of this study makes it the largest ever study on POCSO courts yet.

POCSO trials  vary significantly across states and districts of India

POCSO trials on eCourts, even when adjusted for population, vary significantly across different states and districts studied. The map below gives a glimpse of how stark the variation is across districts. Reporting on eCourts varies greatly from one district to another even within a state. For instance, in Himachal Pradesh, reporting ranges from 0.91 cases per 1,00,000 population in Kullu and 90.35 cases per 1,00,000 population in Kinnaur.

Districts with the highest reporting of POCSO cases on eCourts

The map below shows the 15 districts with the highest number of POCSO trials (pending and disposed) out of the 486 districts studied.

Trends in pendency of POCSO cases across India

Pendency through the years

Though the number of pending POCSO cases was increasing gradually over the years, their proportion was on a decline till 2019. However, there was a sharp increase of 24,863 cases in the number of pending cases between 2019 and 2020 which could be attributed to the COVID-19 pandemic and its impact on the functioning of courts across the country.

Uttar Pradesh has the highest pendency with more than three-fourths of the total POCSO cases filed between November 2012 and February 2021 pending. On the other hand, at 80.2%, Tamil Nadu has the highest disposal percentage (percentage of total filings since November, 2012 that were disposed as of February, 2021) of all the states and UTs studied. The graph below shows how pendency and disposal varies across states.

On an average, it takes 509.78 days (nearly 1 year and 5 months) for a POCSO case to be disposed of as against the one year time period stipulated by Section 35 of the Act. Chandigarh and West Bengal are the only states where the average time taken for convictions is within the statutorily prescribed period of one year. In most states, courts spend more time in hearing cases that ultimately end in conviction as compared to cases that end in acquittal.

The scatter plot below shows how the mean acquitted and mean convicted case lengths have varied across states.

The average number of days taken per POCSO case in different states varies between 877.96 days (2 years and 5 months) in Himachal Pradesh to 215.43 days (7 months) in Chandigarh. During its journey through the criminal justice system, a POCSO case goes through various stages, including preliminary hearing, framing of charge, evidence, and arguments.

However, as the graphs below show, the stage of evidence consumes a disproportionate amount of time (both in number of days and number of hearings) in a POCSO trial. 183.41 (over 6 months) are spent on the evidence stage in a typical POCSO case.

Further, the time spent on evidence varies starkly across states. At 593.03 days per case (1 year and 7 months) 73.89% of the total number of days spent on average on a POCSO case in Delhi are being spent on the evidence stage.

There is no significant variation between acquittal and conviction percentages for different offences with convictions varying between 21 and 26% for cases of penetrative sexual assault and aggravated sexual assault respectively. However, convictions are lowest in cases of sexual harassment (18.16%).

Recommendations to strengthen implementation of the Act

The primary goal of any child protection system should be to create a just system that meets the specific needs of the children that come in contact with it. Such a system would not only prevent violence against children but ensure when violence does occur, children get effective redressal. However, as this report shows, there is a long way to go in order to make this goal a reality. The following sections list some reform ideas borne out of data analysis and inputs from experts in the field.

For a complete list of recommendations that various stakeholders can undertake, please see Chapter VI of this report.

One of the most important ways to improve the implementation of the POCSO Act is to build capacity across the system. This can be done by conducting periodic integrated capacity building programmes for stakeholders with a focus on sensitivity training. This will help stakeholders understand the roles and responsibilities and all actors within the child protection system and improve coordination between them.

Sandeep Bhupatiraju is a researcher at the Data and Evidence for Justice Reforms (DE JURE) program at the World Bank’s Development Impact Evaluation (DIME) unit.

Shareen Joshi is an Associate Professor at the Edmund A. Walsh School of Foreign Service at Georgetown University.

Daniel L. Chen is the Lead Principal Investigator, DE JURE (Data and Evidence for Justice Reform) at the World Bank, Director of Research at the Centre National de la Recherche Scientifique (CNRS), and Professor at the Toulouse School of Economics.