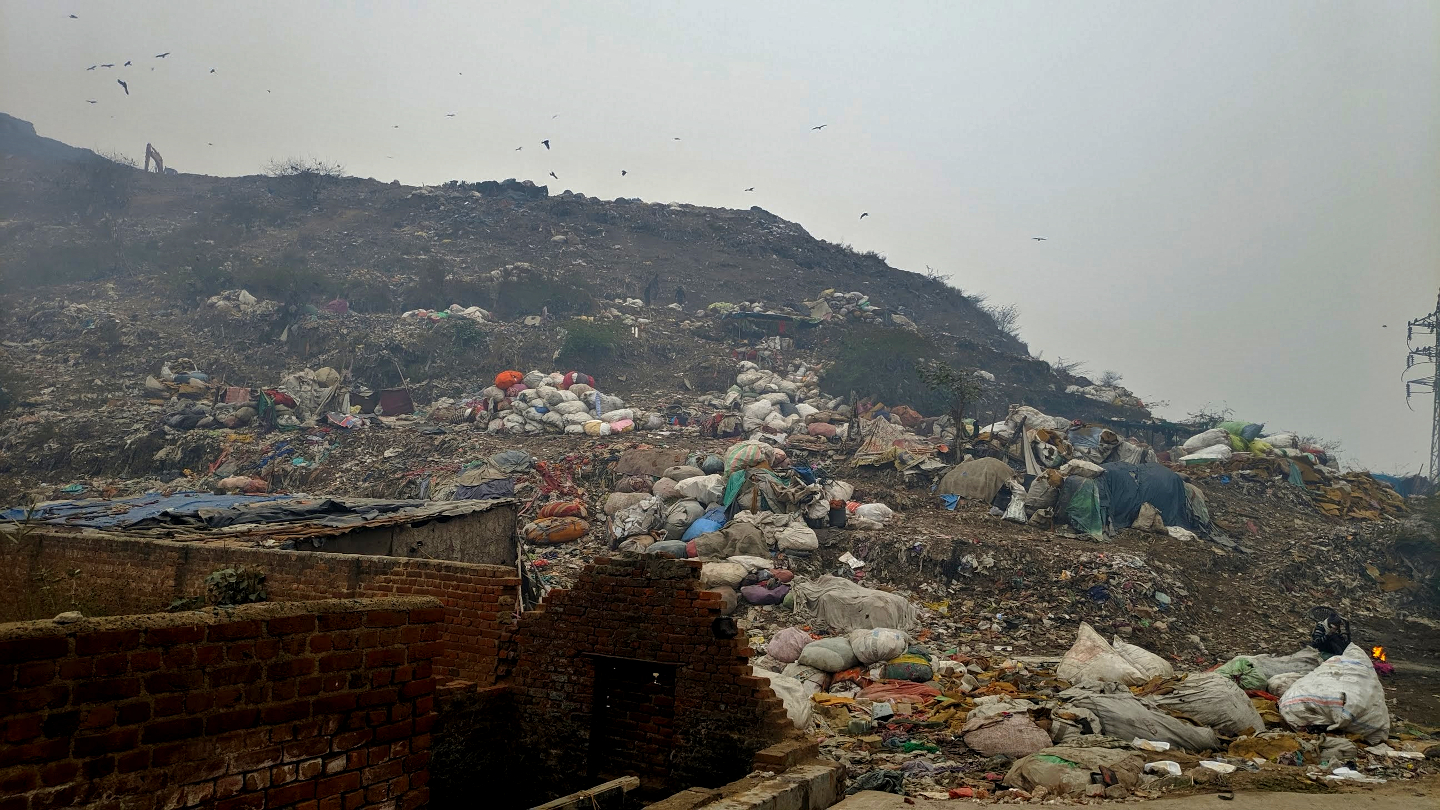 Photo Essay: Environment and the Judiciary

In the last one year, the Vidhi Centre for Legal Policy sought to track the implementation of environmental judgements in cases relating to wildlife protection, solid waste management, hydroelectric power generation, green crackers, and water pollution in an industrial belt. Vidhi currently is in the process of producing five short documentaries on these topics, along with Riverbank Studios.

This photo essay is to show you snippets from the journey to uncover the implementation of Supreme Court judgements on environment. 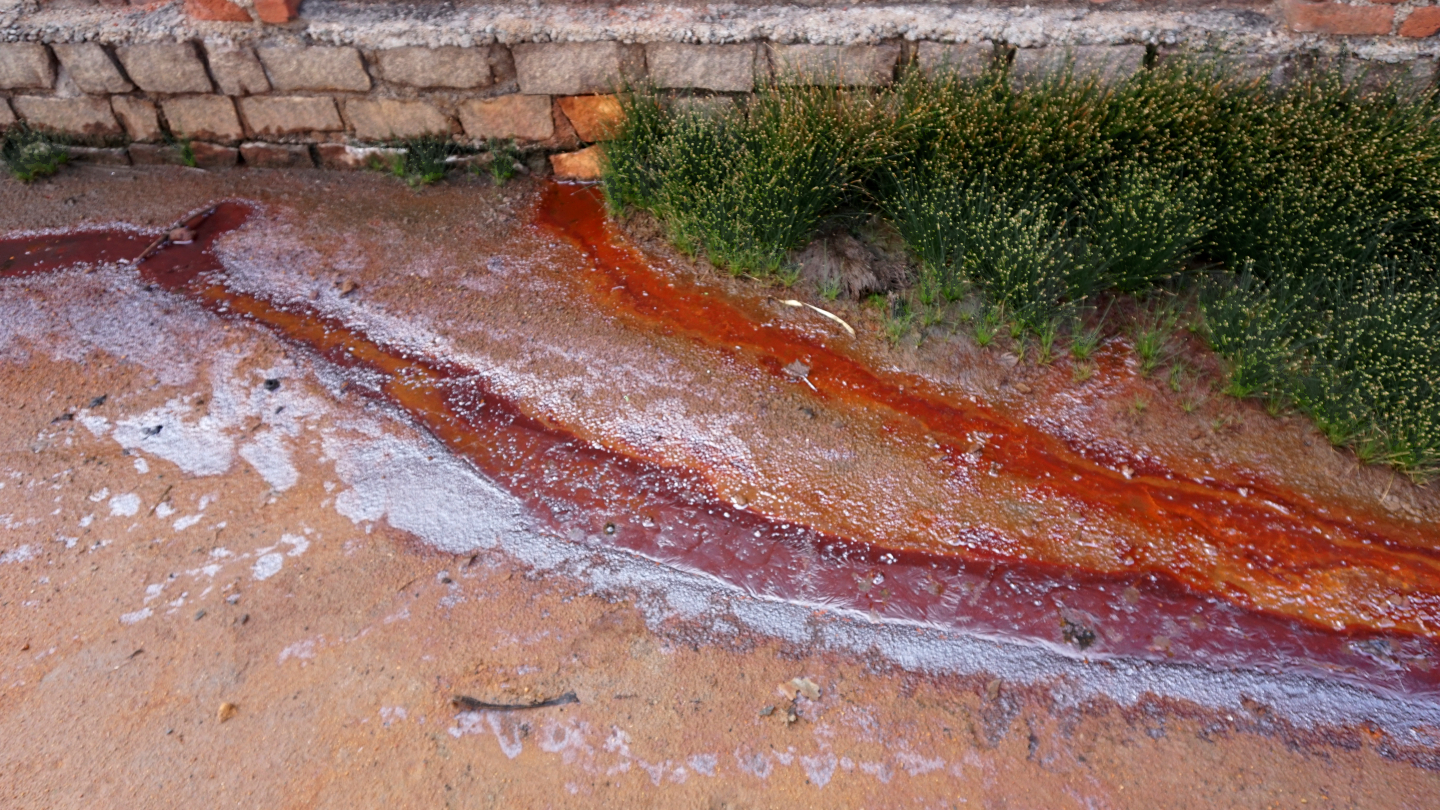 Effluents were found seeping from inside the industrial premises into the nearby lake called Ayyamma Cheruvu in Gaddapotharam Village, Bollaram Industrial Area. Villagers depend on the lake for fishing, and due to seepage of toxic effluents into the lake, fish kills have become a regular occurrence. Despite complaints to the Telangana Pollution Control Board, no actions have been taken against these companies. 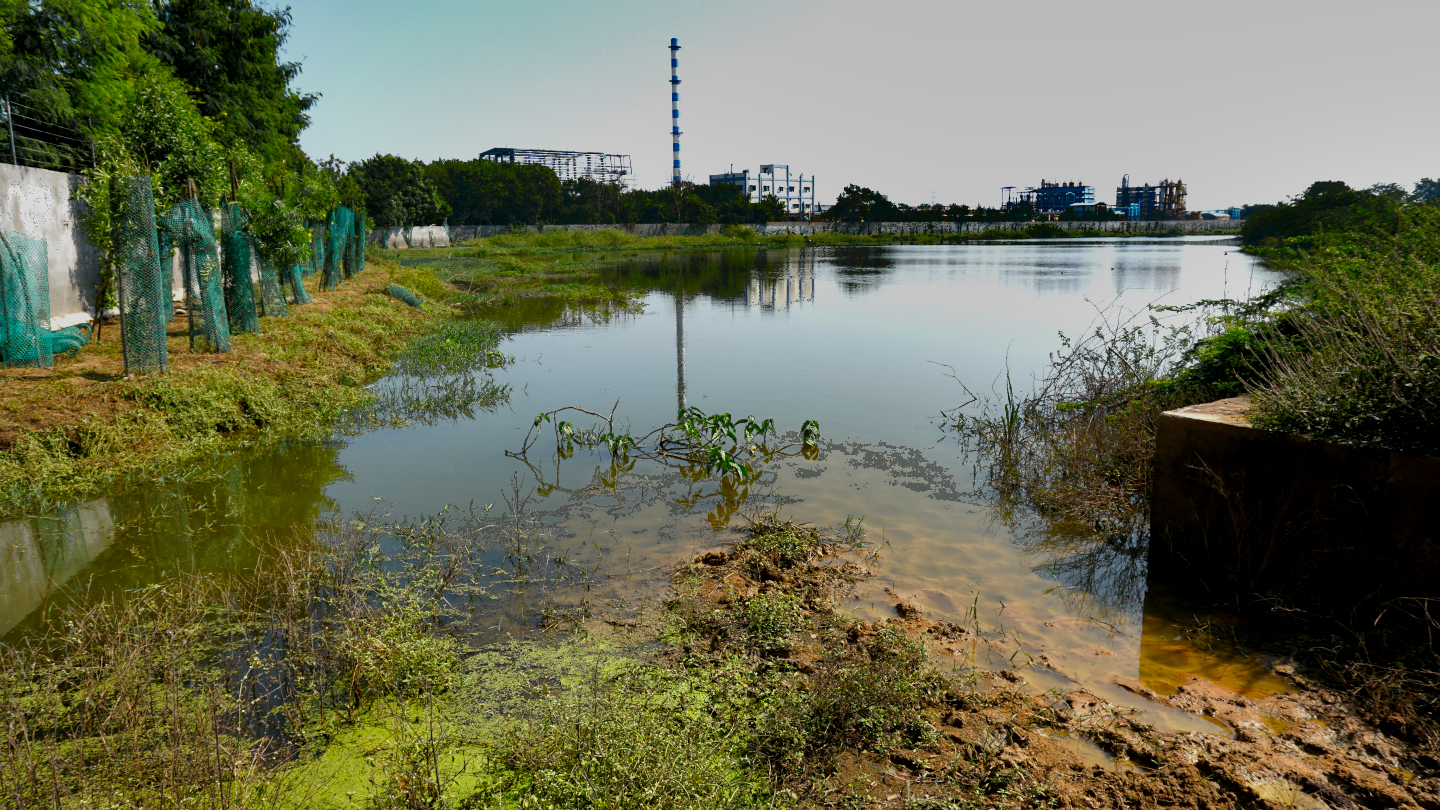 This water body located behind a drug manufacturing unit at Borpatla village in Patancheru Industrial Area is frequented by birds. However, we found outlets located on the boundary walls of this unit which prove that effluents are released illegally into the water body in violation of the court’s orders that companies shall not release untreated effluents outside their premises. 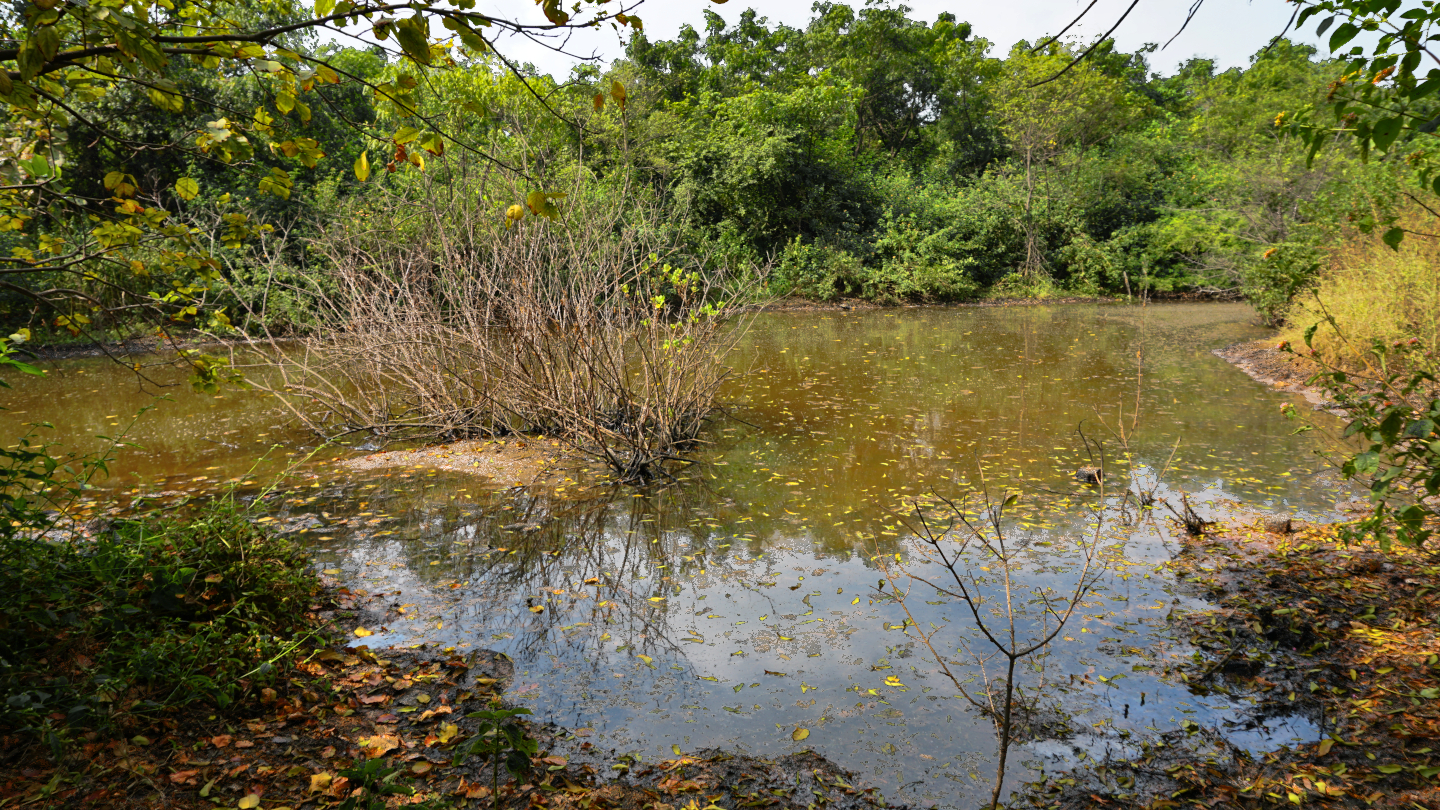 It is alleged that industries are pumping their effluents mixed with water into the grounds inside their premises. This has led to flooding of the water table, causing toxic effluents to seep through the surface and damaging vegetation on these lands. Such surface flooding was seen near many parts of the Gaddapotharam Village, Bollaram Industrial Area. Hazardous waste from the industries in the Patancheru and Bollaram Industrial Areas is disposed of in an unscientific manner within the Total Solids Disposal Facility, causing major leaching into the water bodies located around the facility. Buffaloes can be seen resting in and drinking from these highly polluted water bodies. The polluted waters travel downstream all the way into Edulabad which is 72 kms away from Patancheru and Bollaram. Edulabad is primarily an agricultural belt which uses water from River Musi to irrigate its produce. Agricultural labourers often suffer from skin diseases due to their exposure to this highly toxic water and the agricultural produce is also contaminated with chemicals and heavy metals. Sludge and toxic discharge from the Bhalswa landfill seeps into the waste picker colony neighbouring the landfill. However, most waste-workers use these routes to mount the landfill site due to the constant ostracisation they face by municipal authorities and private concessioners. A glimpse of the structure of these colonies, with a part of the Bhalswa landfill towering in the background. The gunny bags that surround the houses contain waste that has been collected by the workers. Everyday, waste pickers mount the landfill for collection and segregation. Vidhi’s interaction with Mr. Noor Islam, a waste picker in Shahabad Dairy, who revealed the hurdles waste-pickers face on a daily basis.

After the 2013 Uttarakhand Floods A picture of the Vishnuprayag dam in the Upper Alaknanda River Basin. The 2013 Uttarakhand floods completely devastated the dam which has now been reconstructed. The Supreme Court, in August 2013, directed the examination of the role of dams in the destruction caused by the floods, their ecological impact, and also imposed a moratorium on construction of new dams on the river. The onslaught of muck deposited from the Srinagar Dam caused immense destruction of structures and homes alike in Pauri District, especially in Bhaktiana. Several homes in Bhaktiyana are still submerged in a mix of muck and mud. People lost their material, physical, and emotional possessions in the floods. The residents of Pauri filed a petition against Alaknanda Hydropower Co. Ltd. in the National Green Tribunal. The NGT awarded a compensation of 9.26 crores to the affected parties. The NGT’s order has been challenged by the project proponent in the Supreme Court. In this photograph, the residents of Pauri can be seen discussing further litigation strategy. Residents of Pauri District recall the fateful night of the 2013 floods to the film crew. The NH-37 passing along the boundary of Kaziranga National Park and Karbi Anglong Hills is a great disturbance to the movement of animals. During monsoon, when the entire Kaziranga park gets inundated, animals from the Park disperse to Karbi Anglong hills, which are on a higher elevation. Rampant mining almost damaged the Karbi Anglong Hills until the Supreme Court directed a complete ban on mining in 2019. In another case, the National Green Tribunal directed the Numaligarh Refineries Limited to demolish a wall that was obstructing the elephant corridor. Though the wall has been claimed to be demolished, environmentalists claim that it has been demolished partially and barbed wires are yet to be removed which still poses danger to the pachyderms. An artisan, a migrant labourer, stands next to the head of Ravana to be burnt on the day of Dussehra. The only ‘green firecrackers’ that were manufactured this year were phuljaris, anars and chakris. The Ravanas, however, were made with laris that were banned by the Supreme Court. QR codes: The identity marks of green firecrackers. Whether the Delhi Police has the requisite infrastructure to identify their authenticity is questionable, say ground reports. The firecracker sellers of the famous ‘Chawri Bazaar’ expressed displeasure at the Supreme Court orders in Arjun Gopal versus Union of India. No variety of affordable green firecrackers were in the market, they say. Mask on the face, phuljhari in hand, a smoky future!

Shyama is a Senior Project Fellow with Vidhi Aid initiative. She is currently involved with the project on implementation of landmark environmental judgements. Shyama has been able to conceptualize and lead long term projects on enviro-legal subjects. Some of her work includes helping Kerala Institute of Local Administration set up a Legal Resources Center and drafting of a chapter on Sewage and Waste Management in the Draft Karnataka Municipality Law for CEERA, NLS Bangalore.

A Law for Waste Pickers | Down to Earth