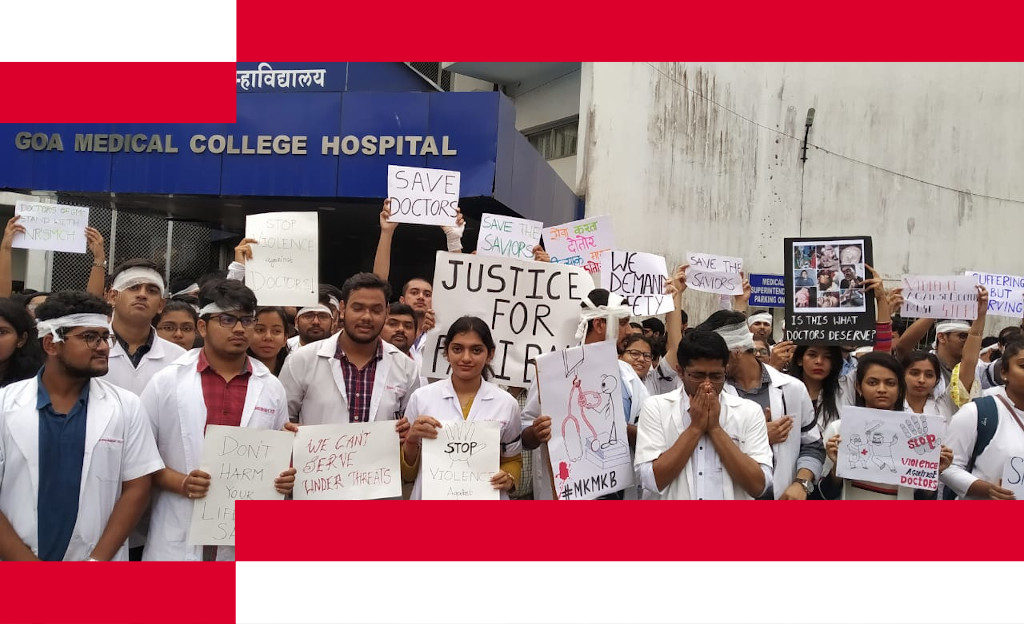 In recent years a number of incidents of violence against healthcare professionals have been reported in India. Public outrage against recent cases of such violence prompted the Ministry of Health and Family Welfare, Government of India, to propose the Healthcare Service Personnel and Clinical Establishments (Prohibition of Violence and Damage to Property) Bill, 2019. The Bill was an attempt to make violence against healthcare personnel a separate offence through targeted legislation. During inter-ministerial consultations, however, the need to enact a separate law was not felt as the existing provisions of the Indian Penal Code, 1860 were considered sufficient to deal with such acts of violence. Although the idea of a separate legislation has been laid to rest for the time being, the issue of violence in healthcare settings as a law and policy issue continues to remain relevant.

In this context, this report briefly analyses trends in violence against healthcare professionals, evaluates the usefulness of legislative proposals and identifies potential ways of tackling such violence. The report, particularly, points towards the lack of comprehensive information on this issue and the need for a countrywide study to analyse the causes of violence and their potential solutions. Further, it recommends that the systemic issues in law enforcement need to be addressed first to have any deterrent impact rather than creating a new law. The report also recommends that the onus of providing a safe workplace should be on healthcare establishments and reforms should be made in medical education to address capacity issues at healthcare establishments. Finally, the report suggests that attention should be given on public education and overhauling of the regulation and governance of healthcare in India to rebuild trust in doctor-patient relationships.

Akshat is a Research Fellow at Vidhi and currently works with the Vidhi Aid initiative. At Vidhi, he has advised on projects relating to the regulation of the digital economy, privacy and federalism. Currently, he is working on research projects relating to LGBT+ rights, withdrawal of care from terminally ill patients and public health. His research interests include public law, human rights, family law and gender and sexuality. Akshat is an alumnus of the National Law School of India University, Bangalore and was previously an Associate at the leading Indian law firm Khaitan & Co., where he worked with their disputes and regulatory practices. He has been published in peer reviewed journals as well as media outlets such as The Wire, LiveMint etc., and has also contributed to international blogs such as the Oxford Human Rights Hub and the IACL-AIDC blog. He served as the Chief Editor of the National Law School of India Review and was also on the editorial board of the Indian Journal of International Economic Law. Link to full bio

Dr. Dhvani Mehta {B.L.S. LL.B. (University of Mumbai); BCL, D.Phil (Oxon)} is a Senior Resident Fellow and Team Lead of the Vidhi Aid initiative, where she works on environmental and health regulation, medical ethics and the right to education. She has worked specifically on research projects on environmental clearances, the National Green Tribunal, organ transplant laws, end of life care, and pharmaceutical and medical device regulation. She has appeared in the Supreme Court of India in petitions filed by Vidhi on advance medical directives and discrimination against persons affected by leprosy. She has authored chapters on the implementation of environmental judgments and healthcare corruption in India. Dhvani read for a doctoral degree at the University of Oxford on a Rhodes Scholarship, where she was Chairperson of Oxford Pro Bono Publico and an editor of the Oxford Human Rights Hub blog. Her doctoral thesis explores the idea of an environmental rule of law in India and was cited by the Supreme Court of India.

Shreya is a Research Fellow with the Vidhi Aid initiative. She is currently working on research projects related to inclusive education, early childhood development, medical devices regulation, healthcare applications and elimination of discrimination against leprosy affected persons. Her areas of interest include Right to Education, Constitutional law, Cyber law and the intersection of Health and Technology. Shreya graduated with a B.A. LL.B. (Hons.) from Hidayatullah National Law University, Raipur in 2018. She has been published in newspapers like The Hindu. She has co-authored the Centre for Civil Society’s ‘Compendium of laws to be repealed in Chhattisgarh’. In collaboration with the Centre for Communication Governance (CCG), she submitted an academic paper to MEITY on ‘Non-Consensual Obscene Content and Indian Law’. Prior to joining Vidhi, she has interned with policy organisations like CCG and the Land Rights Initiative at CPR, in the Chambers of Senior Advocate Prashant Bhushan, and with law firms like Karanjawala & Co and Samvaad Partners. Link to full bio

Rakesh is a doctor and a media professional.

Submissions to the Ministry of Health and Family Welfare on the Medical Devices Rules, 2016

Comments on The Draft Drugs And Cosmetics (Amendment) Bill, 2015

Suggestions on Proposed Amendments to the Pre-Conception and Pre-Natal Diagnostic Techniques Act, 1994