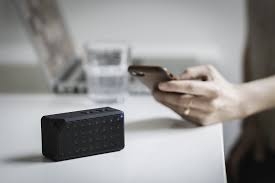 WCD ministry’s proposed amendments to IRWA Act limited, leave much to be desired; are they too little too late? | Firstpost

Recently, Indian authorities were pulled up by United Nations Human Rights experts for failing to provide protection to Rana Ayyub, a well-known journalist, and one of the latest victims of an online hate campaign involving rape and death threats.

The vicious campaign, which started with falsely quoting Ayyub as a supporter of child rapists, quickly spiralled down to the circulation of a fake pornographic video purportedly featuring her. Unfortunately, in today’s world of social media, Ayyub’s episode is neither rare nor the most shocking.

Though Indian women are not strangers to attempts at the violation of their dignity and privacy, the added issue with new mediums of communication such as Facebook, Whatsapp, Twitter etc, is the semblance of anonymity and thereby impunity that the perpetrators enjoy.

In this background, the proposed amendments to Indecent Representation of Women (Prohibition) Act, (IRWA) 1986, to widen the scope of its application to social media platforms and over-the-top (OTT) services, are long overdue.

The proposed amendments have been in the making for nearly two decades. First proposed in 2001, when online platforms were yet to see the present levels of depravity, the IRDA (Amendment) Bill was tabled before the Rajya Sabha only in 2012. The Parliamentary Standing Committee report (2013) on the Bill, acknowledges this “unduly long time” in processing the amendments, “even though they concern the interests of the most vulnerable section of the society”.

Now, with the Ministry of Women and Child Development (WCD) choosing to act on the Committee’s recommendations five years hence, the question that begs answer is whether these amendments can curb online hate-mongering against women or are they too little too late?

The IRWA prohibits ‘indecent representation of women through advertisements or in publications, writings, paintings, figures or in any other manner’, thereby mainly covering print media. Though the WCD is yet to release the reformulated amendment bill, the press release by the ministry along with the text of 2012 Bill indicate that the proposed amendments are three-fold:

First, broaden the scope of application of IRWA by redefining the terms ‘advertisement’, ‘publication’ and ‘distribution’ to cover indecent representation through any ‘electronic form’ as defined in the Information Technology Act, 2000 (IT Act).

Second, provide for a reformed implementation mechanism. The amendment proposes creation of a centralised authority under the aegis of National Commission of Women (NCW), to be headed by member secretary, NCW, having representatives from Advertising Standards Council of India (ASCI), Press Council of India (PCI), Ministry of Information and Broadcasting and a member having experience of working on women’s issues.

This centralised authority will be authorised to receive complaints or grievances regarding any programme, advertisement or publication and investigate all matters relating to the indecent representation of women.

Old wine in a new bottle?

It is pertinent to note that the above amendments are not necessarily filling a legal vacuum. Gender-neutral provisions under the IT Act, Cinematography Act, 1956 and Indian Penal Code dealing with obscenity, are broad enough to cover instances of ‘indecent representation of women’, even on online platforms.

In fact, a review of case laws in relation to IRWA reveals that the Act is often applied along with section 67 of the IT Act, which punishes publishing of ‘obscene’ information in electronic form. The terms ‘obscene’ and ‘indecent’, both of which are defined in broad vague terms in their respective legislation, have been applied interchangeably by courts.

In a half-hearted attempt at making IRWA comprehensive, the 2012 Bill expands the definition of ‘indecent representation’ by verbatim adding the definition of ‘obscenity’ under the IT Act. This is a missed opportunity at laying down objective standards for application of IRWA or other obscenity clauses.

Terms such as ‘lascivious’, ‘public morality’, ‘morals’ etc, used in the definition, continue to be open to interpretation. This leaves implementation largely at the mercy of subjective assessment of investigating agencies and the developing obscenity jurisprudence in courts.

In a society where the concept of ‘public morality’ is extremely fluid, changing across cultures and times, the vague definitions pose a real risk of being misused to curb freedom of speech and expression. Victimisation of consenting adults exchanging sexually suggestive content, and incarceration of women who voluntarily post nude images to spread awareness or as a symbol of liberation are other foreseeable mishaps.

The other shortcoming is also the limited scope of IRWA, preventing its application to content perpetuating discriminatory or biased attitude towards women, which falls neither under ‘indecent’ nor ‘obscene’. This lacuna, briefly discussed in the Standing Committee report, has been overlooked by WCD.

In addition, the WCD has completely ignored the topical issue of making the intermediaries such as Facebook and Twitter responsible for indecent content hosted on their platforms, at least to the extent of taking remedial measures when such content is reported. Even though this is addressed in the IT Act, lack of similar provisions in IRWA leaves it an incomplete code.

The substantive amendments proposed, thus, leave much to be desired. However, the implementation framework has potential to address fears of arbitrariness and subjectivity. The presence of representatives of ASCI and PCI is likely to ensure a balanced approach towards artistic expressions and commercial interests. However, a note of caution is necessary here.

As per the Standing Committee report, the centralised authority will be vested with powers to receive complaints, investigate and give a preliminary finding as to ‘indecency’ of any material. Given that there are several other legislations governing obscenity and ancillary offences, determinations of centralised authority under IRWA might contradict court decisions based on a similar factual matrix.

It might, therefore, be worth considering vesting the centralised agency with jurisdiction over obscenity provisions spread across multiple legislations. However, issues of accessibility of the agency and finality of its findings will need to be carefully ironed out. Further, strict procedural rules and timelines will have to be laid down to ensure speedy disposals.

To conclude, the proposed amendments do nothing more than bringing IRWA up to date with the challenges posed by new age communications. By being women-specific, there is a possibility of focused implementation. The unintended positive outcome is the role envisaged for NCW in the centralised agency, which has otherwise been reduced to a mere coordinating agency.

This will empower the Commission to have a meaningful say in protecting women’s rights. However, for the amendments to have any deterrent effect on the online display of misogyny and targeted denigration of women, the increased penalty has to be combined with a consistent campaign to spread awareness along with an effective implementation framework.

FRDI Bill: Dispelling some myths about bail-in and other issues to allay depositors’ concerns

A Womb of One’s Own: Privacy and Reproductive Rights