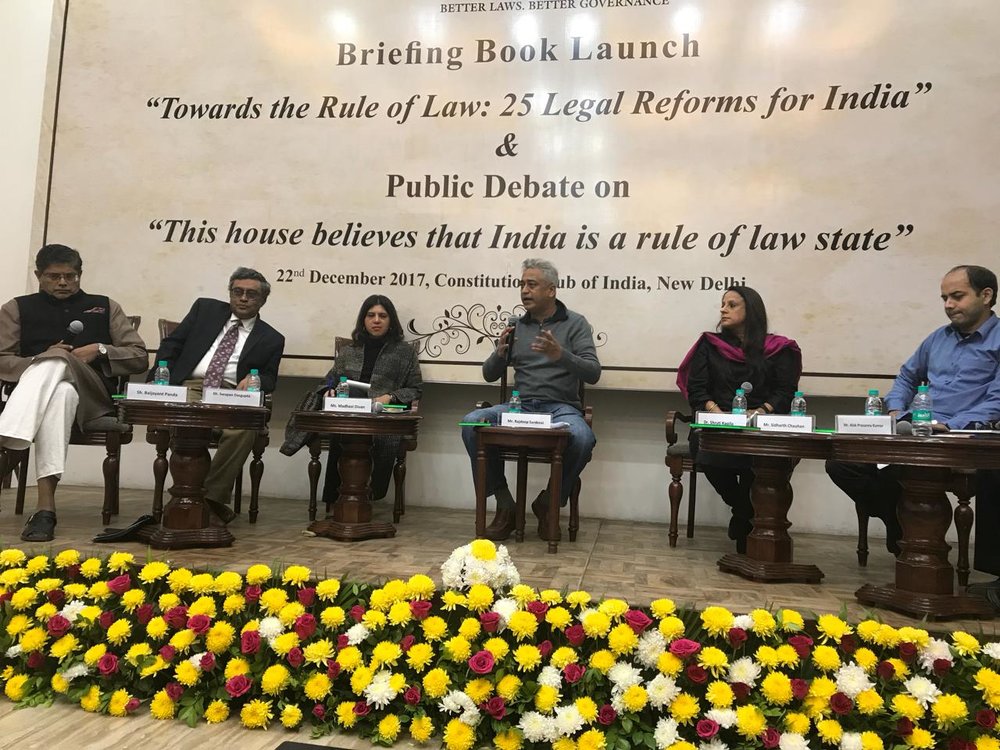 Vidhi Centre for Legal Policy celebrated the occasion of its fourth anniversary with the launch of its fourth Briefing Book titled ‘Towards the Rule of Law: 25 Legal Reforms for India’ on December 22, 2017 at Constitution Club of India. The launch of the Briefing Book was followed by a public debate on the topic: “This house believes that India is a rule of law state.”

View the video for event here