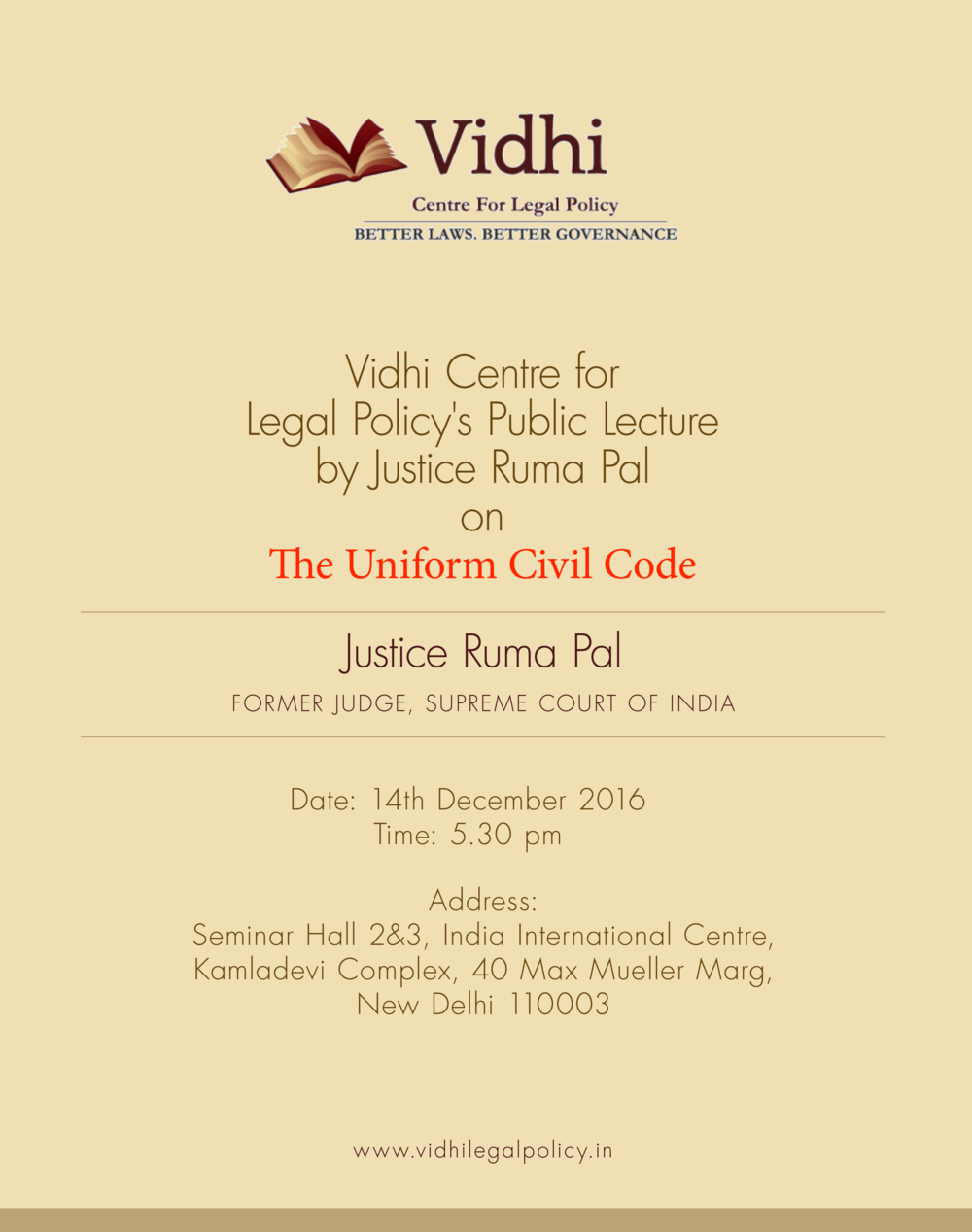 We are pleased to invite you to the first edition of the Vidhi Public Lecture series. The lecture is to be delivered by Justice Ruma Pal on ‘The Uniform Civil Code‘.

Justice Ruma Pal is a former judge of the Supreme Court of India who served on the bench from January 2000 to June 2006. After studying law at Oxford University, she started her practice in 1968 in civil, revenue, labour and constitutional matters at the Calcutta High Court. After a long and distinguished career, she was appointed as Judge at the Calcutta High Court in 1990. She was elevated to the Supreme Court on January 28, 2000 and has delivered several seminal judgments.

The event is slated for Wednesday, December 14th, 5:30 pm in Seminar Hall 2 and 3 at the India International Centre, Kamladevi Complex, Max Mueller Marg.

We look forward to seeing you! Do register here.