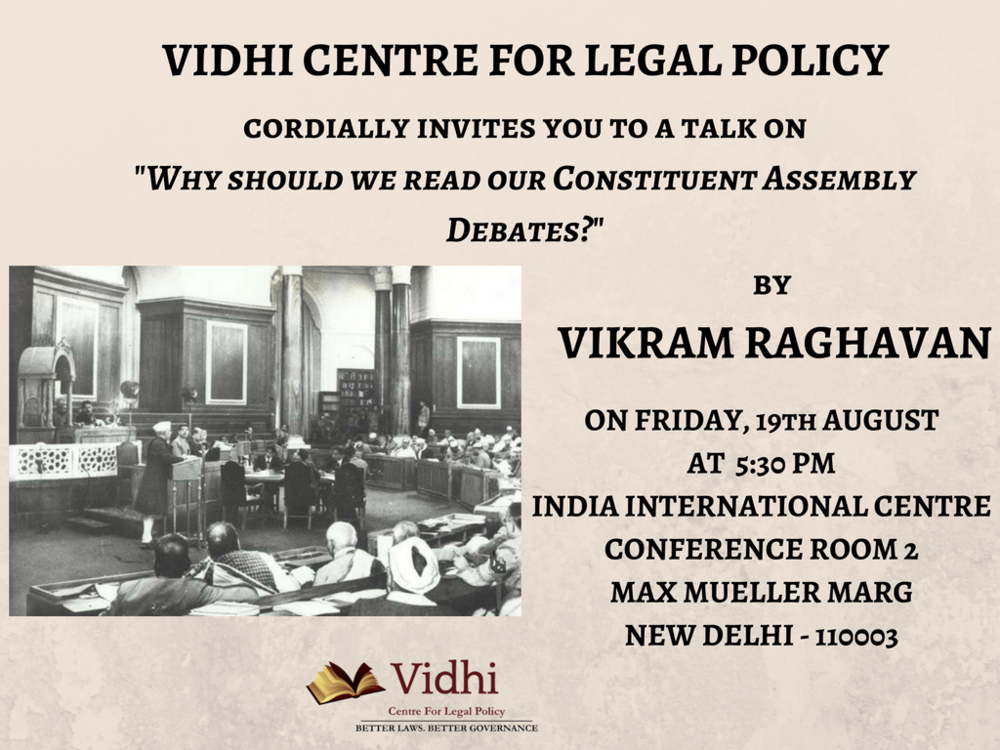 Event: Vikram Raghavan’s Talk on ‘Why should we read our Constituent Assembly Debates?’

Vidhi invites you to a talk by Mr. Vikram Raghavan on “Why should we read our Constituent Assembly Debates?”

In this talk, Mr. Raghavan will utilise archival material and photographs to bring to light the initial neglect of the Constituent Assembly Debates in the 1950s. He will then talk about the turning points on the use of the Debates in the 60s and 70s as a tool to interpret key provisions of the Constitution by judges and lawyers. He will then discuss the need to read Constituent Assembly Debates, and how such engagement can assist in the resolution of the various constitutional predicaments and anxieties of our times.

Mr. Raghavan trained as a lawyer in India and the United States. He has a keen interest in Indian legal and constitutional issues and has co-edited a volume of essays titled “Comparative Constitutionalism in South Asia” (Oxford University Press 2013). He has previously delivered talks on ‘Granville Austin and the Making of India’s Constitution’ and ‘George Gadbois and the Judges of the Supreme Court of India’.

The talk shall take place on Friday, August 19 at 6:00 pm in Conference Room 2 at the India International Centre, Max Mueller Marg. Tea will be served at 5:30 pm.